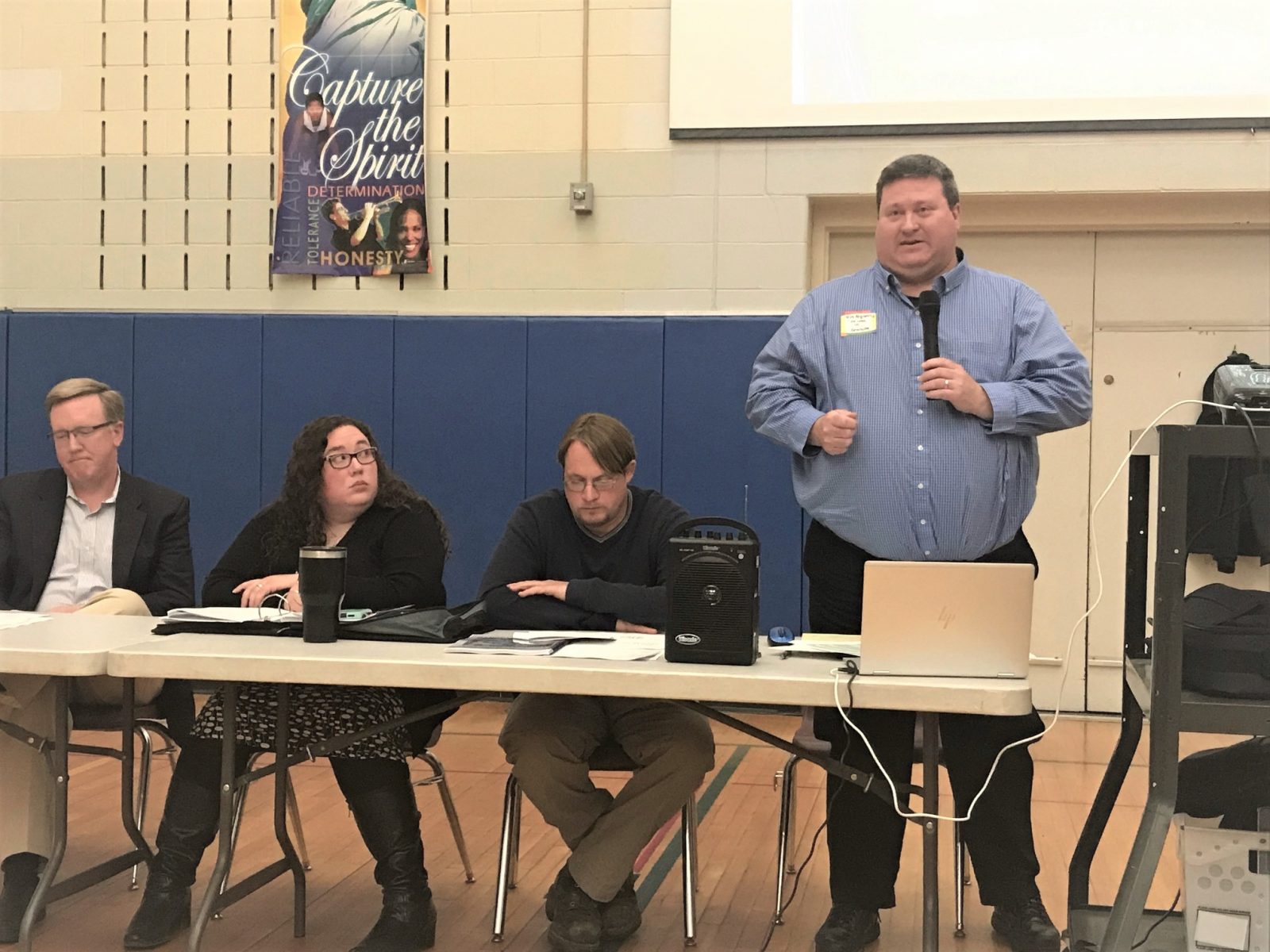 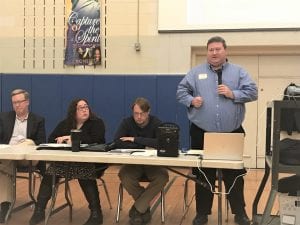 GRANVILLE – Granville Town Meeting voters May 13 approved all 26 articles on the warrant, including the town’s $3,944,550 budget.

The budget was an increase of 4.32% over last year and included $7,850 for emergency management, $679,390 for the highway department and $1.8 million for schools.
With a vote of 62-25, residents also approved the creation of an animal bylaw.
Selectboard member David K. Ripley said the bylaw was in direct response to issues with certain dogs.
“We’re having issues with particular animals and several owners,” he said. “We haven’t been able to do anything about it because we have no animal bylaws.”
Interim Police Chief Richard Rindels said without a bylaw, he had no backbone to deal with animal complaints. When asked how many dog complaints were received, Rindels said there were “a couple a month, but they’re pretty substantial.”
Southwick’s Animal Control Officers respond in Granville when available and operate under different authority, said Rindels.
“They have more options than we do right now,” he said. “We need a bylaw.”
The town has 248 licensed dogs and 35 dogs in permitted kennels.
The bylaw limits dogs to four per household and a kennel license must go through the permitting process. The bylaw also calls for dogs to be on leash or under control of its owner.
One resident said the bylaw “penalizes good behavior.”
Selectboard member Nicole M. Berndt said it does not.
“It states if your dog is not on a leash but is in your control, you won’t be penalized,” she said. “This (bylaw) gives fining power.”
With a vote of 43-27, an article to authorize STGR School Committee to incur debt by the issuance or sale of $596,000 in bonds for capital improvements was also approved. 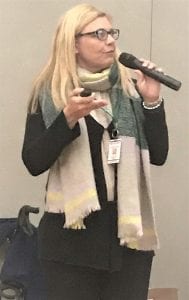 Superintendent Jennifer Willard said this would be a five-year bond that would cost Granville a total of $86,923.
Among the items in the capital plan are the purchase of two vehicles at $270,000, technology improvements at $35,000 and $228,500 for Powder Mill School playground and site improvements.

One resident questioned why so much was being spent on Powder Mill’s playground. Willard said much of those funds would be for water mitigation at the site. The playground is often off-limits to students because of water issues, which spill onto the adjacent parking lot. Willard noted that the Southwick Community Preservation Committee recommended using $140,000 of its funds for the playground. The request is on Southwick’s Town Meeting agenda next week and is for playground only, not water mitigation.

Several residents expressed their displeasure that they had to vote before knowing if CPC funds would help offset playground costs.

Willard said if Southwick Town Meeting does not approve CPC funds, she would speak to the Granville and Tolland CPCs. Willard noted that the school department “appreciates the support we get.”

Two articles relating to the town’s Photovoltaic solar bylaws were approved. The zoning bylaw concerning large scale ground mounted Photovoltaic installations was amended to give site plan and special permit authority to the town planning board. It was also updated to state the land covered by installations would not exceed 25 acres and shall not include wetlands.