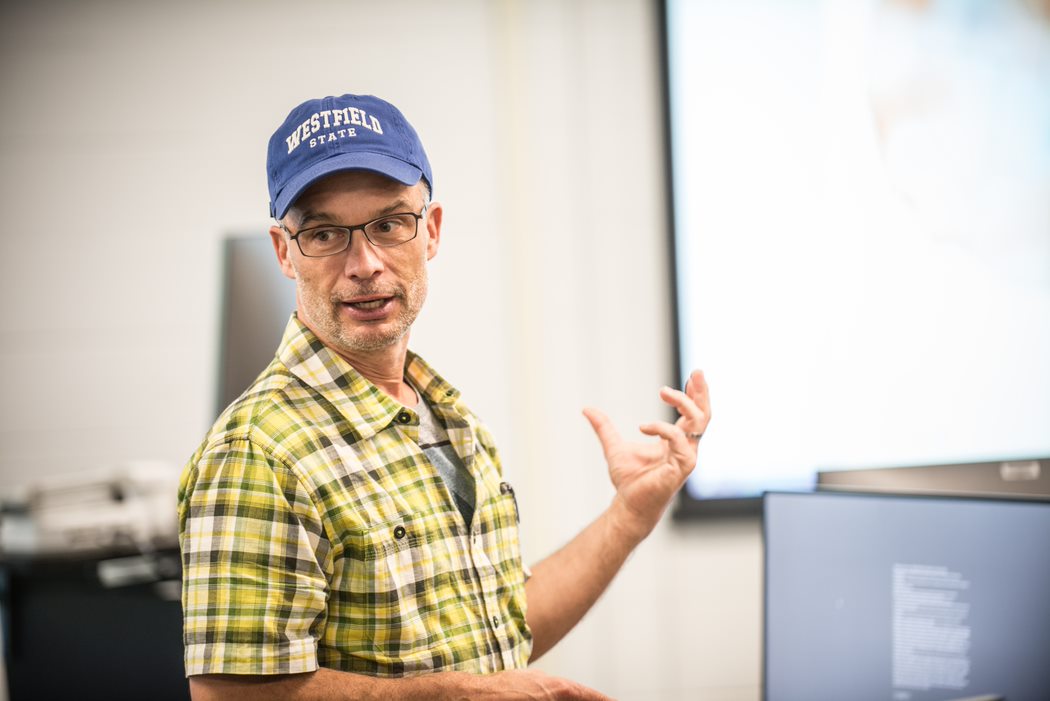 Westfield State University climatologist Dr. Carsten Braun will present a lecture titled “Code Red for Humanity: Understanding Global Warming’s Risks & What Each Of Us Can Do” as part of Climate Preparedness Week programming, sponsored by the Pioneer and Farmington Valley Library Collaborative. (WESTFIELD STATE UNIVERSITY)

Braun gave an interactive Zoom talk and discussion about understanding global warming called “Code Red for Humanity” as the anchor event in a week-long interstate library series to recognize Climate Preparedness Week. The talk was moderated by John Meiklejohn of Granville, co-leader of Voices Rising Together, a grassroots volunteer group of environmental activists with a mission to create community conversations around climate change.

Braun said the term “Code Red” was borrowed from U.N. Secretary General António Guterres on the release of the most recent climate report in August, which underlined the risks to humanity associated with climate change.

He said the science of climate change is not hard to grasp, although it can be complicated to study.

“We can usefully simplify it pretty well,” Braun said. “It’s real, it can be detected and measured, and it’s a fact.”

Braun added that “it’s us. We know what causes climate change.” He pointed to a couple of websites that chart the impact of different factors on global warming, and show that the rise in human activity releasing greenhouse gases matches the warming trend.

He said these findings have a robust, international global consensus by a large group of scientists, adding that there have been seven international studies that have shown an average of 97 percent of scientists globally agree on global warming and its causes.

Braun said the consensus gap comes from the difference between the 97 percent of scientists who agree, on one hand, and only 55 percent of the public who believe there is scientific consensus among scientists. 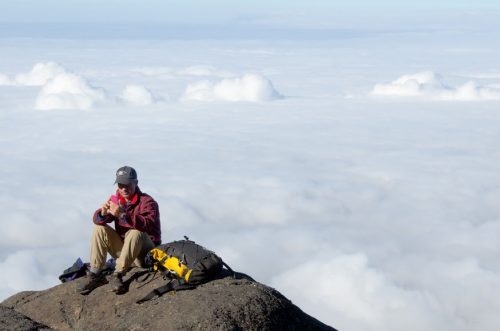 Asked by a participant on the zoom call how scientists know that greenhouse gases are the major cause, Braun said scientists have measured air samples since the mid-1950s. Before that, they took samples out of ice cores, measuring tiny air bubbles embedded in the ice.

He said scientists can measure activity by the sun, volcanic activity — which actually cools the planet — and aerosol detection. He said the results have clearly shown greenhouse gases to be the cause.

As for the impact of climate change, “it’s bad,” Braun said, listing flooding from sea level rise and killer heat. “[We’re] thinking about not just numbers, but real-life consequences on people’s lives.”

He also shared tools on different websites that can predict where a city could end up climatically by the end of the century, without bold action.

Taking Springfield as an example, historically up until 2000, there were no 100-plus degree days. With current warming trends, by mid-century there will be 16 days per year above 100 degrees, and by the end of the century 106 days per year. According to the Union of Concerned Scientists, with bold action, that could be reduced to nine days per year.

Braun said those who contribute the least greenhouse gases will be most impacted by climate change, as it will impact the most vulnerable people first, globally, nationally and locally. He said there are connections between racism, redlining and global warming.

“The future hasn’t happened yet. Whether or not our children and grandchildren will live on a red [killer heat] or yellow trajectory is up to us,” Braun said, referring to the final words “there’s hope” in the 10 word description of climate change. He said there is not a predetermined outcome.

Braun said solving climate change is not that difficult, using humanity’s collective wisdom and getting involved. He shared with the group many free resources offering solutions, along with his presentation, on his website page at www.carstenbraun.us/materials.

Mindful Outdoor Experience with Colleen Mollica, in person on the Granville Public Library lawn, 4-5 p.m. today, Sept. 29. Participants will deepen their relationship with nature and themselves, manage stress, and begin to reestablish a reciprocal relationship with the earth. This mindful outdoor experience uses present-moment awareness, deep breathing, and conscious movement to help participants awaken their senses and receive the healing properties of nature. Suitable for teens and adults. Sponsored by the Granville Public Library, 2 Granby Road, Granville, [email protected], 413-357-8531. Registration is encouraged, but not required.

Becoming an Outdoor Citizen, 6-7:30 p.m. today, Sept. 29.  John Judge, president of the Appalachian Mountain Club and author of “The Outdoor Citizen: Get Out, Give Back, Get Active,” will lead an online discussion about outdoor cities, sustainable food, new energy models, environmental advocacy, and spotlights of success from across the world. Judge states: “We desperately need an outdoor-centric action plan for people to reconnect with the natural world and care for it.” Sponsored by the Granville and Simsbury libraries. Registration required with the Simsbury Public Library, www.simsburylibrary.info, 860-658-7663.

Resilience and Preparedness in a Changing Climate, 6:30 p.m. tomorrow, Sept. 30. This online panel discussion will offer local, factual information regarding severe weather changes, how individuals and communities can prepare for natural emergencies, and what we can do to help stave off the most threatening effects. Panelists will include representatives from the Pioneer Valley Planning Commission, a forest consultant, and more. Sponsored by Agawam and Granville libraries. Registration required with the Agawam Public Library, www.agawamlibrary.org, 413-789-1550.