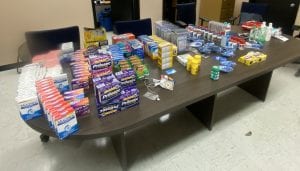 Merchandise recovered when four apparent shoplifters were arrested is stacked on a table in the Westfield Detective Bureau. (PHOTO COURTESY WESTFIELD DETECTIVE BUREAU)

WESTFIELD – Four young women came to the city recently from their homes in Brooklyn, N.Y., apparently to steal from local stores.
The women were first noticed in the city June 18 when police were informed, at 4:06 p.m., that three women had left the CVS store on Elm Street with merchandise they had not paid for.
A short time later, at 4:42 p.m., a caller from the CVS store on East Main Street reported to police that three female parties had just left that store without paying for merchandise. 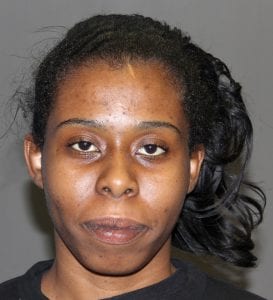 In both cases, the callers reported the New York registration numbers of the cars in which the suspect had fled. The reported plate numbers were virtually identical – one character was different.
City police were advised to be on the lookout for a 2016 white Honda Civic with New York plates. Within minutes, Officer Alex Golonov spotted the car traveling westbound on Main Street and stopped it at the intersection with Lindbergh Boulevard.
The car was found to be occupied by four young women who were identified as the operator, Sierra C. Simmons 22, of 429 Dumont Ave., Apt. 9E, Brooklyn, N.Y., and passengers Shaquana Q. John, 23, of 2121 Shore Parkway, Apt. 7C, Brooklyn, N.Y.; Nea Shaday Sutton, 23, of 160 Scholes St., Apt 3C, Brooklyn, N.Y. and Christine Jajoute, 21, of 760 E 82, Brooklyn, N.Y. 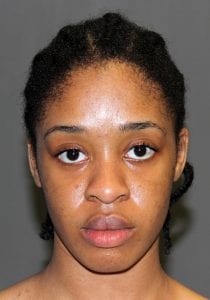 The car also contained, arresting officer Robert Reyome reports, “Stolen items which appeared to be from multiple stores in Westfield (CVS, Walgreens and Stop & Shop).” He also reports “The total amount of merchandise stolen added up to $6,457.39.”
The four women were taken separately to the Westfield police station where they were each arrested on a charge of larceny of property valued more than $1,200 before they were each taken to the women’s correctional facility in Chicopee for the night. 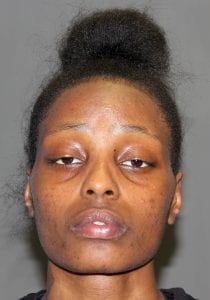 Det. Lt. Stephan Dickinson said that Det. Brian Freeman has been assigned to the case and has found that there is evidence which indicates that the women stole from stores in many other communities.
Freeman has found direct evidence showing that the women stole from stores in West Springfield, Holyoke and Southampton and have shoplifted at many other stores in New England. “These women have been stealing from stores daily in Rhode Island, New York, Connecticut and possibly Pennsylvania” he reports.
Freeman said that the merchandise seized from the suspects’ car apparently was stolen at four stores in Westfield – the two CVS stores, Walgreens and Stop and Shop – where their method was to arrive with large bags which they stuffed with allergy medications, cold relief products, pregnancy tests and other expensive items. 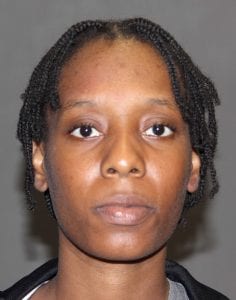 He said they have apparently been able to sell their swag promptly. He said one of them told an officer that they sold the stolen property on the street or to convenience stores. He said each woman was found to be in possession of about $900 in cash when arrested.
The women were remotely arraigned Friday by Westfield District Court, each on a charge of receiving stolen property valued more than $1,200. They were each released, with conditions, on their personal recognizances pending Aug. 13 pretrial hearings.
However, Dickinson reports that the investigation is incomplete and additional charges are expected. He said he expects the detectives under his command will be asking for extraditable warrants to bring the women back to the Westfield court.