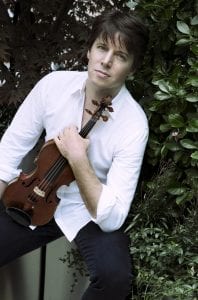 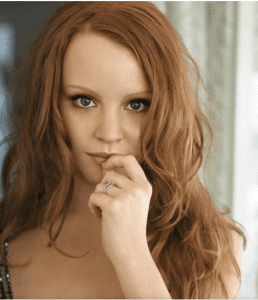 Tanglewood has created an impressive online summer season, so all you have to do is prepare a picnic, find a spot under a tree, and stream some new and archived music performances by members of The Boston Symphony Orchestra and internationally renowned artists. The season begins on July 1. Some programs stream for free and some are fee-based, either as an individual event or as a series. Award-winning actress Lauren Ambrose, a Berkshires native, hosts some of the events, and the guest artists include: Joshua Bell, Emanuel Ax, Pinchas Zuckerman, Andre Previn and more. The Best of Tanglewood on Parade, hosted by James Taylor will announce its August date soon. For details: www.tanglewood.org. And, to build a great picnic in your own backyard, check out The Tanglewood Picnic: Music and Outdoor Feasts in the Berkshires by Gina Hyams, the local author who detailed the history of Tanglewood picnics and included some vintage recipes. 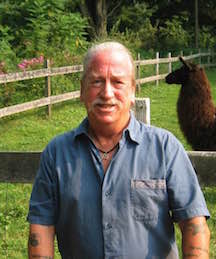 David Rowland, the Northfield Mount Hermon School theatre teacher who co-founded Silverthorne Theater seven years ago, is stepping down from trhe leadership of the Greenfield-based theatre to take an advisory role. He will be named Co-Founder Emeritus. Silverthorne Theater started out on the stage at NMH where Rowland developed and directed the Theater Program for 35 years before his retirement in 2013.

The inheritance, Matthew Lopez’s award-winning London and Broadway play, won the Drama Desk Award for “Best Play” and the same honor from The Drama League.. It was commissioned and developed by Hartford Stage, although the epic play was not produced at Hartford Stage, instead going directly to London, and subsequently Broadway.

The University Museum of Contemporary Art on the UMASS/Amherst campus, received a National Endowment for the Arts’ Art Works grant of $25,000 to support an artist-in-residence for the 2021-22 season. New York-based Allison Janae Hamilton will serve in that role. For details: www.umass.edu/umca. 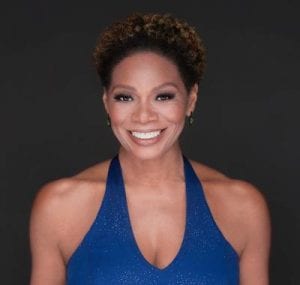 The Bushnell has further adjusted its Broadway season. The Band’s Visit, Dear Evan Hansen, and Escape to Margaritaville, all scheduled for this season, have been moved to 2021. Wicked and The Cher Show have been dropped from the 2020-21 season, and Hadestown will move to the 2021-22 season. For details: www.bushnell.org.

Goodspeed Musicals, which postponed its season opener, Rodgers and Hammerstein’s South Pacific to September, has decided to postpone it again until the 2021 season. This effectively means that the entire 2020 season has been cancelled, out of concerns of safety for the artists, staff, and audience. Ticket holders will be contacted directly by the box-office. Goodspeed will continue to produce a robust online presence. TheaterWorks’ Artistic Director Rob Ruggiero had been scheduled to direct the classic. For details: www.goodspeed.org.

The Springfield Symphony Orchestra has delayed the announcement of its 2020-21 season, and temporarily furloughed most of its staff, like several other arts organizations in the area. Remaining staff have taken pay cuts, until the theatres can reopen at some point in Phase 4 of Massachusetts’ reopening plans. The SSO Board and Maestro Kevin Rhodes are committed to moving forward, as soon as it safe to do so for the musicians and audiences. For details: www.springfieldsymphony.org.

The Yale Repertory Theatre and the Yale Drama School, both in New Haven, have cancelled their 2020-21 seasons. https://www.americantheatre.org/2020/06/16/yale-rep-and-school-of-drama-will-not-produce-2020-21-season/

From A Distance: 2020 (corona)vision(s), an online COVID-19 themed short play festival, presented by the LAVA Center in Greenfield, airs June 28 at 2PM on LAVA’s Facebook live stream. The festival will feature 18 short views of COVID-19 by local and regional artists Nina Gross, Karen Miller, Vanessa Query, Marlon Carey and Jan Maher. The program will be followed by a Q&A with the playwrights and directors. For details: :https://localaccess.org.

The Night Larry Kramer Kissed Me, David Drake’s acclaimed series of monologues about the AIDS crisis and the beginning of ACT-UP, was a major theatre hit in its day. For its 20tyh anniversary in 2013, the play was re-imagined as a multi-character play as a benefit for the Provincetown Theater. This archived film, directed by Robert LaFosse, streams on Juune 28 at 7PM ET to benefit the Provincetown Theatre. The cast includes: Drake, Andre deShields, BD Wong, Robin de Jesus, Asnthony Rapp, and Rory O’Malley. For details: www.provincetowntheater.org.

Playhouse on Park’s online fundraiser, Opening Our Doors, will have several special guests, including Emmy winner Veanne Cox from the web series Indoor Boys and Broadway’s La Cage Aux Folles, An American in Paris and Company; and Stephanie Pope, an alum of POP’s In the Heights and Broadway’s Pippin and Chicago. The event streams on June 27 at 7PM on Facebook Live and YouTube live. For details: www.playhouseonpark.org. 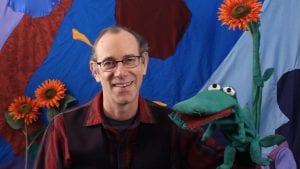 Tom Knight, the WMass multimedia artist, in partnership with Hilltown Families, has launched The Tom Knight Show on YouTube, where he and his puppets help parents and kids cope with the impact of COVID-19. Combining elements of Mr. Rogers’ gentle spirit and the unbound creativity of Jim Henson, Knight created a completely original show that entertains and enlightens young children and adults alike. For details: https://hilltownfamilies.wordpress.com/category/hilltown-families-presents/