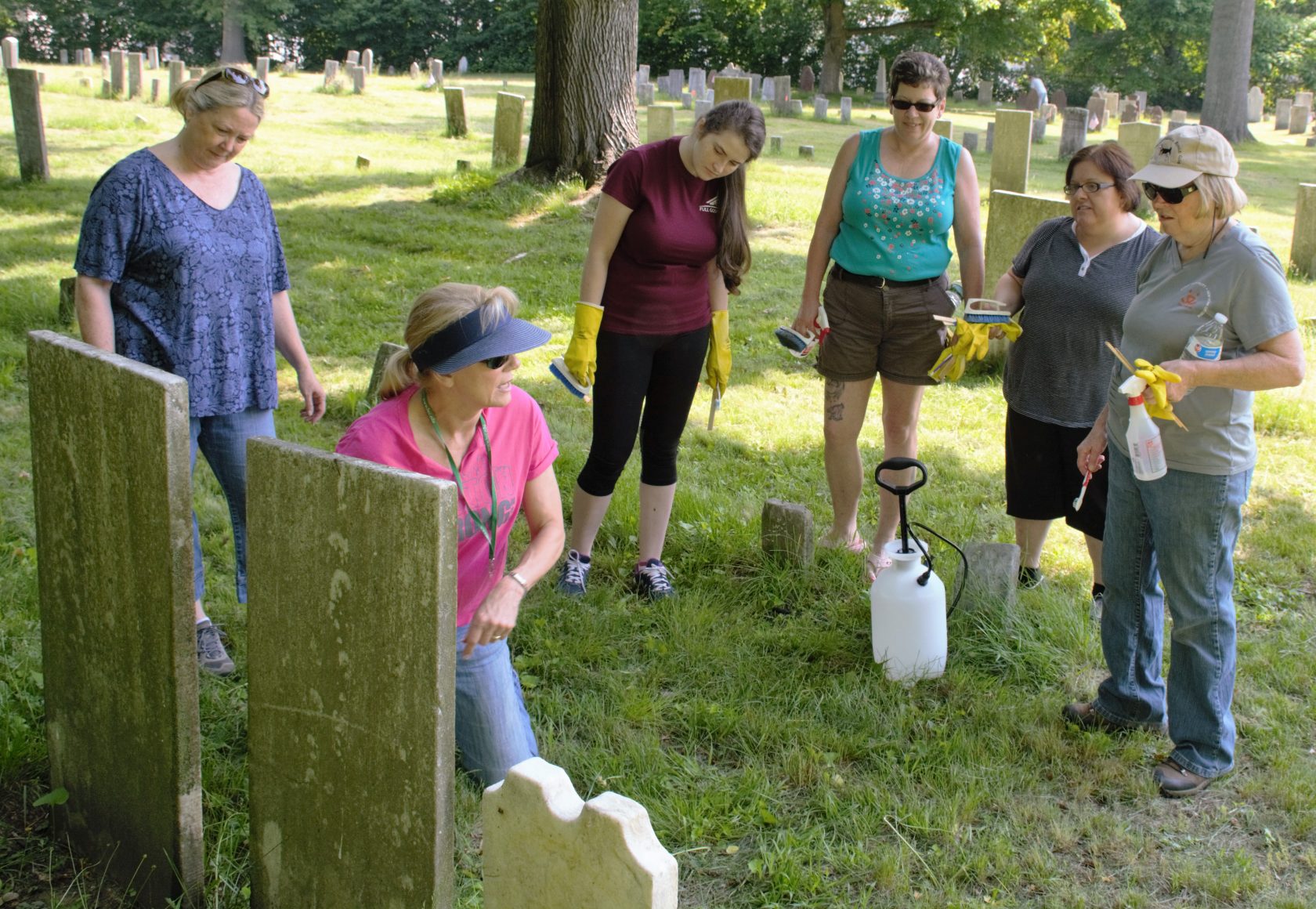 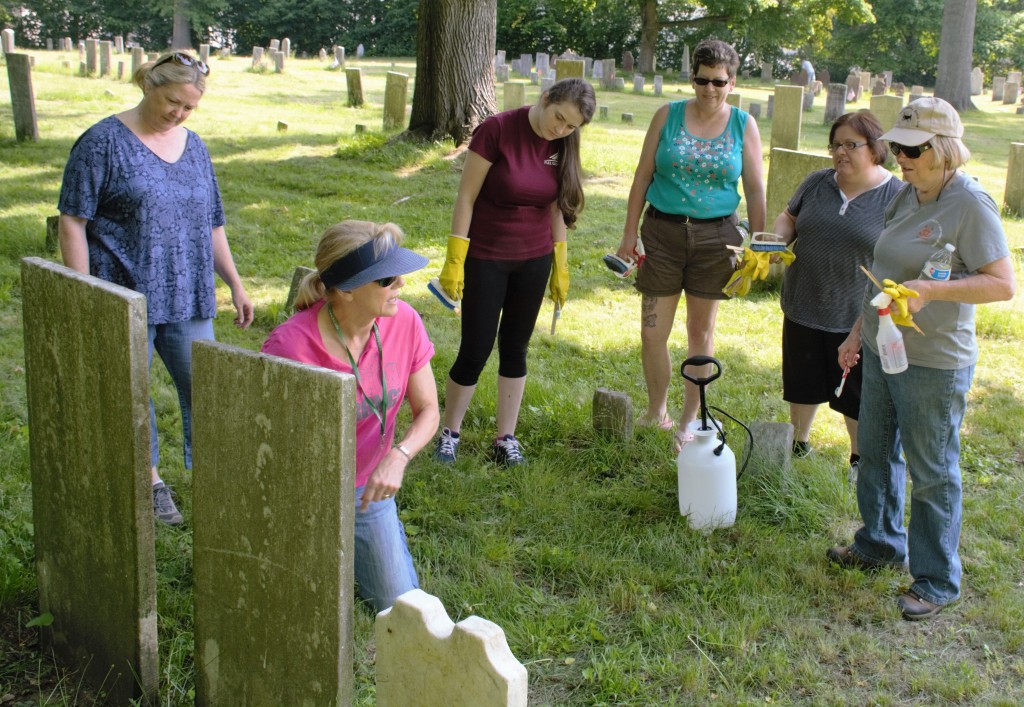 “I”ve worked many hours with phone calls and going through background information to bring you these fantastic reappointments for the Historical and Conservation Commissions,” said Harris.

First up was Crystal Hollister as a member of the Historical Commission. Harris said although this is a new appointment to complete the term of Amanda Goodheart Parks, which expires in June, 2021, Hollister has volunteered for many years for the Historical Commission. She has participated on the Ghost tours at the Old Burying Ground, and served on the Westfield 350 historical and education committee. Hollister is the lead social studies teacher at the Westfield Middle School, co-director of the WMS Drama Club, and a 2019 winner of the Pioneer Valley Grinspoon Excellence in Teaching Award. The appointment was unanimously approved by the Council.

Harris then brought forward the reappointment of five members of the two commissions, all of whom received the unanimous support of the City Council.

Also up for a three-year reappointment was Historical Commission chair Cynthia Gaylord. Harris said Gaylord is passionate about preserving, restoring, and promoting the education of Westfield’s history. “The list is long regarding this commission’s contributions to Westfield, and Miss Gaylord’s contributions are long, also,“ Harris said.

She created the Historical Downtown Walking Tours in downtown, the historic downtown walking tour for fifth graders; created and runs the annual the Ghost Tours, has organized the cleaning of burial stones at the Old Burying Ground, and was co-chair of the Westfield 350 historical and education committee. She also represents the commission on the Community Preservation Committee. Her top priorities are preserving historical documents and Westfield historic buildings, Harris said..

Harris said Gaylord also recommended the three-year reappointment of Carlene Bannish, an active member of the HIstorical Commission since 2014. Banish served as secretary of the commission for three years and treasurer for the past two years. She created the Whipping Around Westfield app, and has served as a guide for the Walking around Westfield Tour. She has also worked on the restoration of the Old Burying Ground, and the Wyben one-room schoolhouse.

Several members of the Conservation Commission were also up for reappointments, including Carl W. Grobe, who was seeking a two-year term. Grobe is a professor of Biology at Westfield State University, and has expertise in the environmental fields, having a Ph.D. in botany; wetland plants, mapping of current and historical wetland areas. Grobe is a member of the Westfield River Watershed Association. Harris said during his time on the commission, he has become familiar with local, state, and federal regulations concerning wetlands, and seeks an acceptable balance between protecting the wetland areas and the development needs of the city and its citizens. Grobe has almost completed certification through the Mass. Assoc. of Conservation Commissions, Harris said.

Before voting, Ward 6 Councilor William Onysk said he was going to say the same thing about all of the Conservation Commission reappointments. “All three of these folks are very skilled, highly educated, practical, know all the rules and regulations, know environmental science, and know what has to get done in the city.They do a great job. I’ve been attending most of their meetings with particular Issues in my ward,” Onyski said.

Harris said Alexander Fagnon, who is seeking a three-year term on the commission, is a civil engineer familiar with the Wetlands Protection Act and stormwater management standards. He has also worked on FEMA Hazard mitigation grants, and stormwater best practices. She said Fagnon has been involved in several major geotechnical projects and stormwater improvements, including the Congamond Road reconstruction working with the Southwick Conservation Committee, and on a designated emergency access through an environmentally sensitive area at Holyoke Community College. Fagnon is a member of the American Society of Civil Engineers and Institute for Sustainable Infrastructure. Harris said he brings his experience blended with practicality to serve the residents of Westfield in his role as commissioner.

WSU Professor of Biology David A. Doe, seeking a one-year reappointment, has served the Conservation Commission since 2004, and has been chair for many years, Harris said. According to Doe, the members of the commission work very well together, using their combined many years of experience, and understanding of the importance of the Wetlands Protection Act, yet balancing it with the other considerations necessary for the city to thrive. Doe has also worked with the Westfield Watershed Association, and previously served on the Westfield School Committee for many years, 1992 to 2003; and is a member of the Board of Directors of Stanley Park and Grandmother’s Garden..

Harris said as the Wetlands Protection Act can incite strong emotions, Doe is a calming presence on the commission, and his historical knowledge is invaluable.

“We are so fortunate to have individuals of this caliber volunteer for these boards. In Dr. Doe’s case, I thought he was qualified in 2004 when I nominated him, and he’s even more qualified today,” said At-large Councilor Rick Sullivan.

Ward 5 Councilor John J. Beltrandi, III said he has dealt with Dr. Doe as both a contractor and a city councilor. “I couldn’t ask for anyone more level headed than him,” Beltrandi said. “Be thankful that we have people like him who are willing to step up,” he added.

Ward 4 Councilor Michael Burns thanked all of the volunteers on both commissions. “Like Councilor Onyski, I’ve been to a lot of meetings. It’s unbelievable the knowledge and what they put into it every week,” he said.