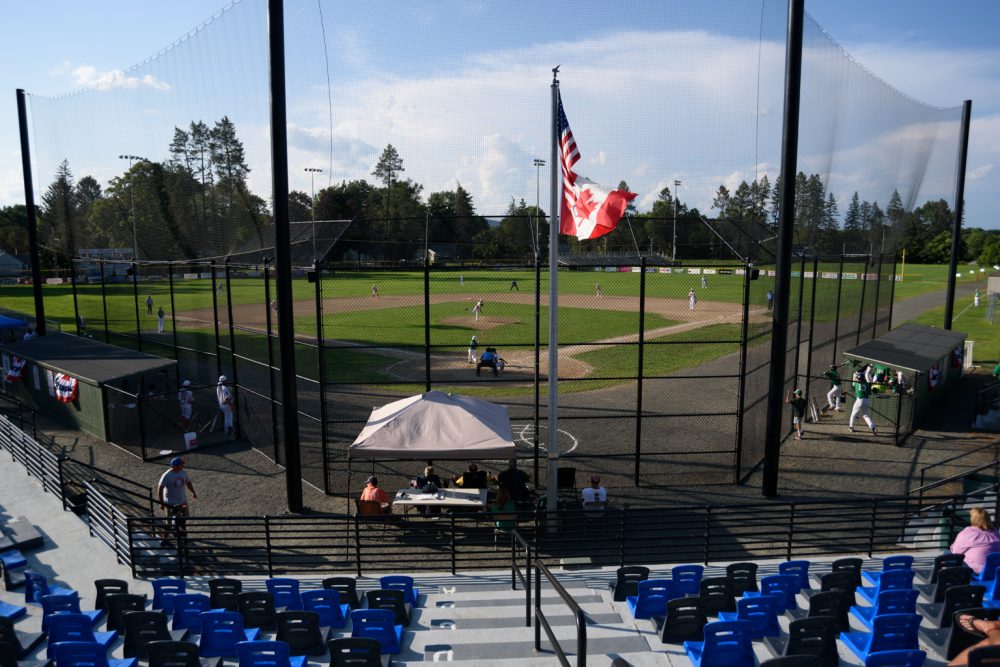 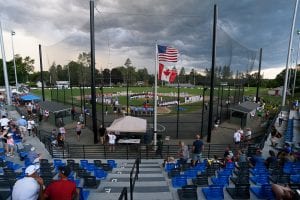 WESTFIELD – Daniel Welch, president of the Greater Westfield Babe Ruth, presented the gift of a scoreboard valued at $32,900 to the City Council at the Sept. 3 meeting, which the Council unanimously and enthusiastically accepted.

Welch said following extensive renovations at the field, the Babe Ruth League hosted the 2016 World Series, which were a tremendous success, hosting 12 teams. He said based on the strong support of Babe Ruth headquarters, they hosted a second World Series in 2019 which was also very successful, thanks to the support of volunteers, the City of Westfield and the business community.

Welch said they saved the financial gains from both tournaments with the intention to support long-term improvement projects at both Bullens and Jachym fields which will benefit the Westfield baseball community.

“With the support of city officials our league has truly had the honor and privilege to call Bullens Field our home for more than 50 years,” Welch said.

The scoreboard, which Babe Ruth is working with Westfield Gas & Electric to install later this month, was approved unanimously by the Park & Recreation Committee in March. The scoreboard will feature LED lighting, changeable home and away team names and will be wireless. Welch said later in the year, Babe Ruth also plans to pay to install dugouts at Jachym Field.

“The new scoreboard will improve the baseball experience for families and fans, as well as Westfield HIgh School, Westfield Technical Academy, St. Mary’s High School, the American Legion and Westfield Starfires for many years to come,” Welch said, adding that the current scoreboard is 20 years old.

“It’s a pleasure and honor for the Greater Westfield Babe Ruth and our players and coaches to provide this new scoreboard as a major improvement to the field which we call home,” Welch said.

Council President Bean B. Bean, II said he appreciated Welch coming to the meeting. “A lot of money went into that field, and you guys have only enhanced it even further,” he said.

“Thanks to all the volunteers not only for creating a great experience for all the players over both those tournaments, but those two tournaments generated $2M in spend in the local economy between hotel rooms and meal taxes and other purchases those families made while they were here, so it’s not an insignificant opportunity that was created by Westfield Babe Ruth and all those volunteers. It’s a great thing to showcase the city and the region,” said At-large Councilor Richard K.  Sullivan Jr.

At-large Councilor Dave Flaherty agreed that the tournaments were great events for the city. “Thank you dan, thank you for all your years of service. People don’t realize how much time goes into running leagues like this. You’ve made a huge difference to the city,” Flaherty said.

Ward 1 Councilor Nicholas J. Morganelli Jr. concurred. “All my kids have played ball. We can all attest to the quality of fields we have here in Westfield. It’s really a gem we have here in our city,” he said, adding, “I’m looking forward to seeing that scoreboard lit up.” Morganelli also thanked the fans who support Babe Ruth, which allowed them to “have funds in the coffers to do this.”

At-large Councilor Dan Alliie also thanked Welch. “Westfield is a baseball town. My son played in Westfield North, and even went to the state championship. Little League and Babe Ruth means a lot to these young people and families and people who participate. Dan Welch and these committees have done so much, and have really done an amazing job, to host this within a few years. The job you’ve done really speaks to the calibre and quality of the program,” Allie said, adding, “The community really comes together behind this thing. Thank you for all you’ve given to this community. This is amazing.”