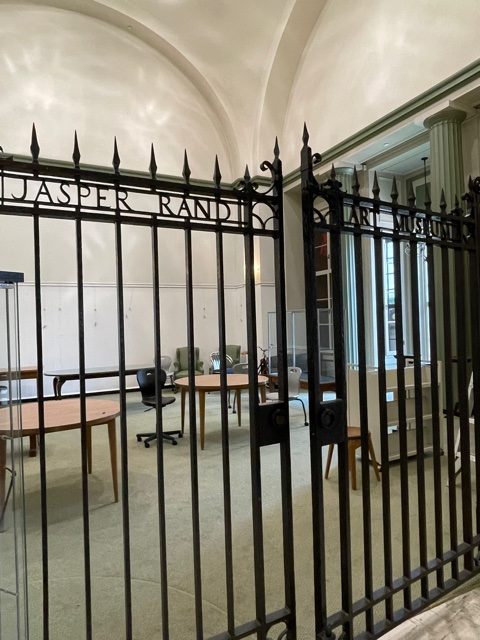 WESTFIELD-When the wrought iron gate of the Jasper Rand Art Gallery reopens this fall at the Westfield Athenaeum, an educational experience will accompany each exhibition which will now be expanded to two months.

“The Athenaeum is the center of culture in Westfield and we want to enhance the art experience through an educational mission,” said Guy McLain, executive director.

While the gallery space still has odds and ends within its walls, that all changes in September when the first major exhibition by Russell artist Insun Russell is showcased. 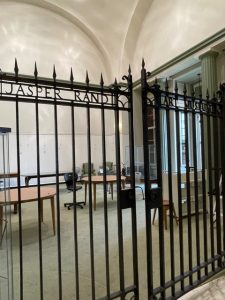 Plans for the reopening of the Jasper Rand Art Gallery are coming together this summer. (LORI SZEPELAK PHOTO)

“We will bring in regional artists who are interesting and create unique work,” said McLain, noting that Russell was born in Seoul, South Korea, where she initiated her art studies at Hongik University. Atter moving to the United States, she continued her studies at Santa Monica College.

“Her art has developed through the many impressions she has experienced in the various places she has lived,” said McLain.

While the educational programming is still being planned for Russell’s exhibition, McLain said the art gallery is moving toward a “new level of professionalism.” 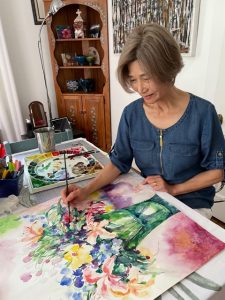 Insun Russell, seen in her home studio in Russell, will be the first featured artist when the Jasper Rand Art Gallery at the Westfield Athenaeum reopens to the public since the COVID-19 pandemic. (LORI SZEPELAK PHOTO)

After Russell’s exhibition in September and October, the Athenaeum will feature “Highlights of the Westfield Athenaeum Art Collection” from November to January.

“Over the past century-and-a-half, the Westfield Athenaeum has actively collected landscapes, still-life paintings and portraits by Westfield artists,” said McLain, adding that many of the portraits are some of the city’s leading citizens.

The exhibition, titled “Ruth Kjaer: The Myth of Utopia,” will then be featured from January into March.

“Ruth Kjaer is recognized as one of the most important artists currently active in Western Massachusetts,” said McLain. “Over the course of more than 40 years she has created a significant body of work known for its originality and willingness to address issues facing American society in the present era.”

McLain called Kjaer’s work “bold and exciting” and noted her work has been in galleries from Los Angeles to Cape Cod.

“Showcasing her work will also be part of our Women’s History Month educational planning,” said McLain.

McLain encourages other artists to apply for a time slot for the art gallery, and all details are available at the Athenaeum’s website.

“We have an art committee who will evaluate the submissions and we will choose from that list for future exhibitions,” said McLain. “When we evaluate submissions we will also find ways to integrate educational programming.”

McLain added the art gallery will “function like a commercial gallery.”

“We also want to keep the art gallery open for lectures and meeting space for arts groups,” he said.

On a related note, McLain said that sponsorship opportunities will also be available for each exhibition.

“As the Athenaeum reopens we anticipate a very active year,” he said. “We look forward to forming partnerships with Westfield businesses interested in supporting cultural activities, and at the same time, raising the profile of their business in the community.”