Broadway at The Bushnell Opens with “The Spongebob Musical” 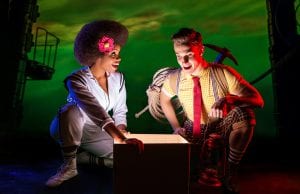 The Spongebob Musical, a recent Broadway hit, opens the new Broadway season at The Bushnell, with performances Oct. 1-6. Inspired by the Nickelodeon character Spongebob Square Pants and the characters of Bikini Bottom, the musical features a score contributed by numerous pop music artists, including David Bowie, Lady Antebellum, Cyndi Lauper, Sara Bareilles, John Legend, They Might Be Giants, and more. The Spongebob Musical was nominated for a dozen Tony Awards, and the production has been enhanced for its national tour, which launches in Schenectady a week before coming to Hartford.

For details on The Spongebob Musical: https://thespongebobmusical.com/ For details on The Bushnell’s Broadway season, which includes: The Book of Mormon, Hello, Dolly!, The Band’s Visit, Dear Evan Hansen, Anastasia, Jesus Christ Superstar and more: www.bushnell.org.

Arts Beat Radio airs every Friday at 8AM, on 89.5fm/WSKB.  On Sept. 20, Mark G Auerbach interviews Springfield playwright an actor Ben Scranton, whose new play is headed for the Pittsburgh New Plays Festival. ArtsBeat Radio, live on Fridays at 8 a.m. on 89.5fm/WSKB, on Westfield Comcast channel 15, or streamed on www.wskb.org. And, if you miss an episode, find it on YouTube at WSKB Community Radio’s page 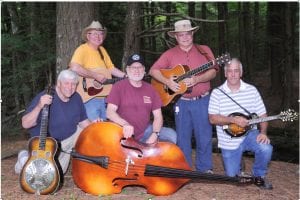 Bright Star, the recent Broadway musical created by Steve Martin and Edie Brickell, is a sweeping story of love and redemption, set in the 192Os American South. The musical, whose score was Grammy-nominated, will be presented by the Opera House Players, through Sept. 22, in Enfield, CT. John Pike directs. For details: http://www.operahouseplayers.org/

The Tuna Goddess by Jade Schuyler opens the Majestic Theater’s season in West Springfield, with performances through Oct. 13. The comedy/drama tells the story of Alexandra Durning who grew up in Chatham, MA on her father Norman’s fishing boat, the Harley X, but left years ago for an advertising career in Boston. She returns to settle her father’s estate only to discover that he left his boat to both her and his first mate, Danny Eaton directs the new play. For details: www.majestictheater.com

Time Stands Still, Donald Margulies play, will be presented by Shakespeare & Company through Oct. 13 in Lenox, MA. Nicole Ricciardi directs the play by the Pulitzer Prize winner. Time Stands Still tells the story of Sarah Goodwin, a famed war photographer, who has mastered the ability to stop time, to freeze horrific scenes within a frame. . For details: www.shakespeare.org. 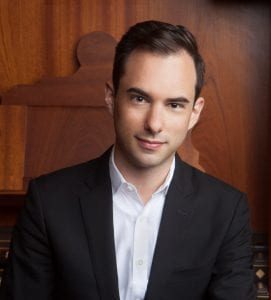 The Albert Schweitzer Organ Festival Hartford presents acclaimed concert organist Christopher Houlihan with the Hartford Symphony Orchestra and Maestra Carolyn Kuan on Sept. 27 and 29 in the program Music for Grand Organ and Orchestra that features Joseph Jongen’s thrillingly virtuosic Symphonie Concertante for organ and orchestra. Performances will be held at  Trinity College Chapel in Hartford. The two concerts are the opening and closing events of the 2019 Albert Schweitzer Organ Festival Hartford, a highly-regarded organ competition that brings some of the world’s best young organists to Hartford to perform – and compete – on the renowned 4,429-pipe Austin organ at Trinity College Chapel. For tickets: www.hartfordsymphony.org. For competition details: www.asofhartford.org. 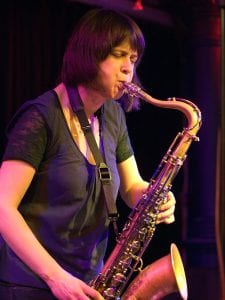 Hold These Truths by Jeanne Sakata, a popular offering at Barrington Stage earlier this season, returns to Pittsfield Sept. 20-26 at the St. Germain Stage at the Sydelle and Lee Blatt Performing Arts Center.  Hold These Truths stars Joel de la Fuente (Amazon’s The Man in the High Castle) reprising his Drama Desk-nominated role in this solo play inspired by the life of Gordon Hirabayashi. Lisa Rothe directs. For details: www.barringtonstageco.org.