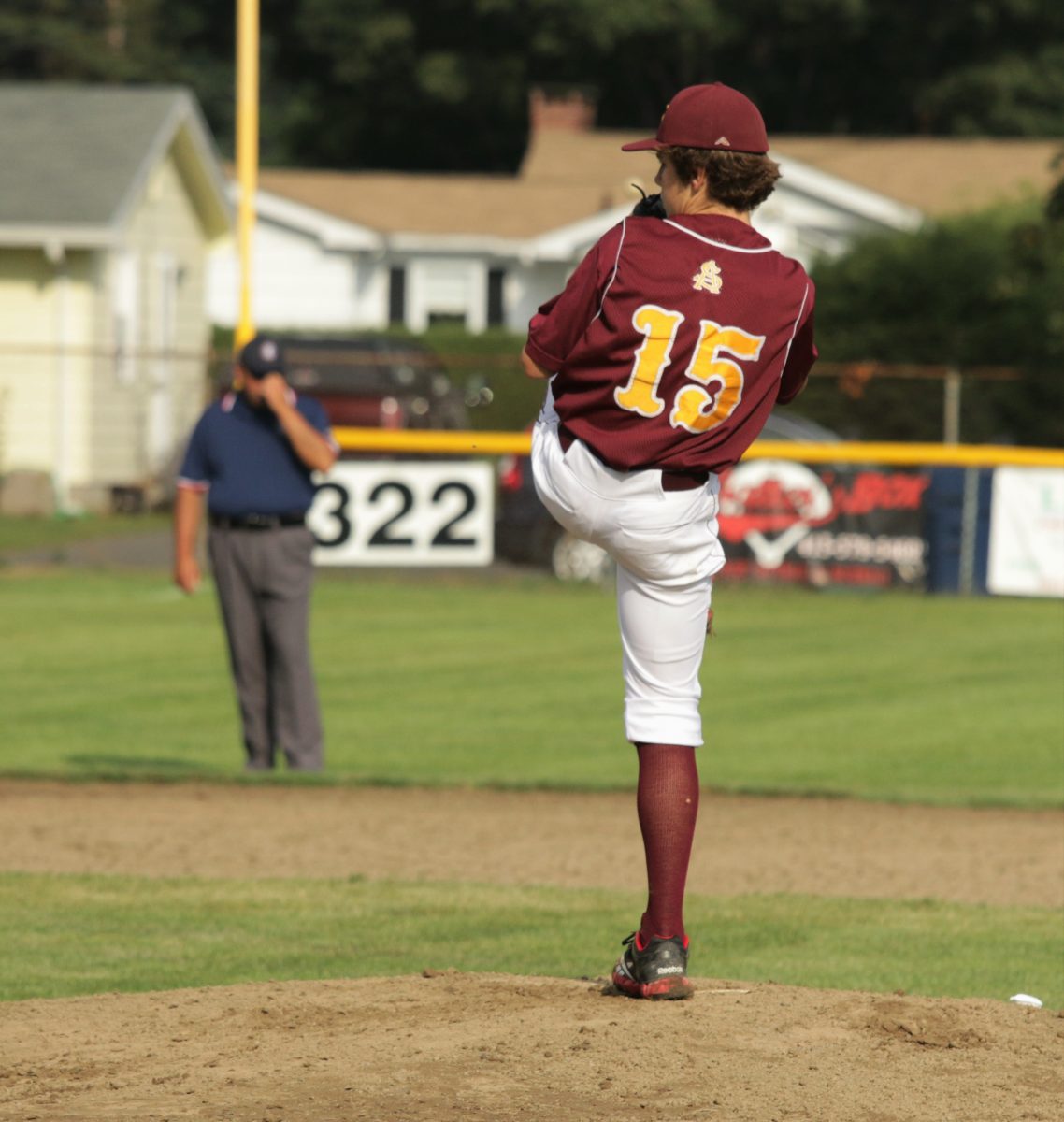 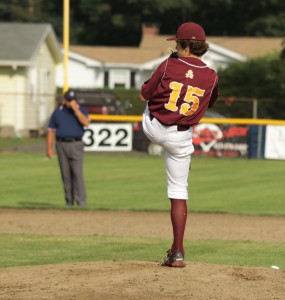 Gannon Brady was dominant on the hill for Atlantic Shore. (Photo by Kellie Adam)

Gannon Brady started off that rally for Atlantic Shore with a leadoff single. Two batters later, a bunt from Kevin Foreman advanced Alehandro Rosado to second base. Gabe Donahue then broke the tie with a single to center field that scored Rosario.
A Tony Santa Maria single followed by two doubles from Jimmy Pasquale and Eric Greenling, giving Atlantic Shore the 5-1 cushion over Tri-County.
While it was only a four-run cushion for Atlantic Shore, it was a cushion that was more than enough with Brady on the mound. Brady proved to be dominant on the bump, allowing just one run while recording 10 strikeouts.
“When you’ve got Gannon (Brady), it can put us real at ease,” said Geiger. “He’s such a composed kid, he just goes out and does his job.”
Although Brady’s performance certainly looked masterful, the man on the mound, was quick to credit the guys around him.
“Our defense worked hard and just backed me up,” said Brady. 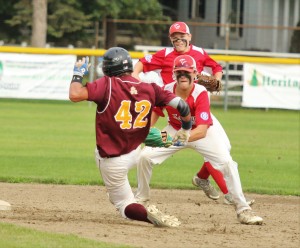 Brian Furey makes the attempt to avoid the tag from Tri County. (Photo by Kellie Adam)

Tri County was able to tie up the game at 1-1 in the bottom of the third inning. Janek Luksza hit a one-out double to center. With shortstop Cody Allen up at the plate for Tri County, Luksa attempted to steal third. The throw from Atlantic Shore catcher Brian Furey was just out of reach for third basemen Jimmy Pasquale and the mishap allowed Luksza to reach home plate.
Furey was named the player of the game for Atlantic Shore as he went 2-for-3 and drove in a run.
Luksza was the starting pitcher for Tri-County as he went six innings, giving up the five runs. Jonny Pruett came in relief and pitched a clean top of the seventh.
Being the opening game of the Babe Ruth World Series, the victory was a good step forward for Atlantic Shore.
“It feels good,” said Brady. “Hopefully we come out at our next few games and come out with the win too and play just as well.”