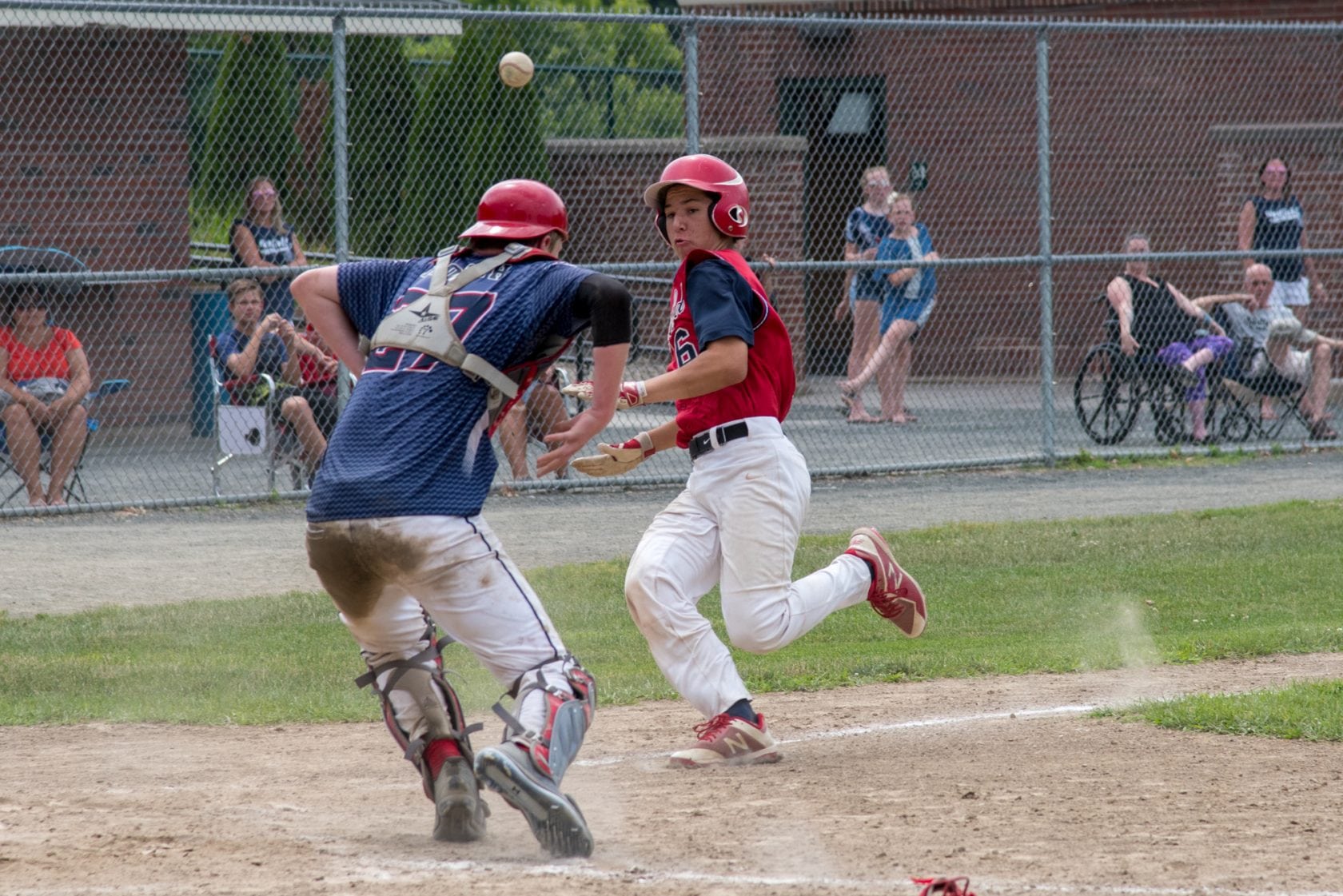 Alex LaCourse is on the mound for Westfield for the Babe Ruth 14Y State Final against Pittsfield. (Photo by Bill Deren)

WESTFIELD – Westfield was outhit 11-1, committed six errors, and ultimately lost to Pittsfield by a score of 13-1 in the championship game of the Babe Ruth 14-year-old State Tournament at Bullens Field on Saturday.

Not much went right for Westfield, which didn’t get its first baserunner until the fifth inning and its first hit until the sixth – a single by Carlos Rodriguez. 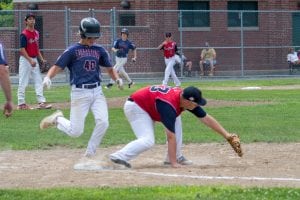 Westfield first baseman Dylan Arooth makes a great pick on the ball for the out. (Photo by Bill Deren)

“It’s one of those things where it’s just not your day,” Westfield Manager Jim Cloutier said. “When you have more errors than hits, you’re gonna lose that baseball game…today 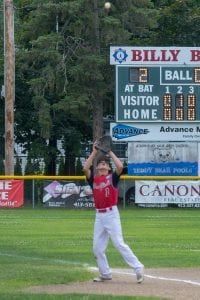 Westfield’s third baseman Dacota Durkee nestles under the popup in foul territory for the out. (Photo by Bill Deren)

was just not our day.”

Pittsfield only had a 1-0 lead after three innings but rose up for three runs in the fourth and a run in the fifth to take a commanding 5-0 lead. It added a run in the sixth to make the score 6-1, but things fell apart for Westfield in the seventh, as Pittsfield batted through its order and scored seven runs on five hits and three costly Westfield errors to put the game out of reach.

While Pittsfield’s bats were hot, starting pitcher Patrick Rindfuss was equally as impressive. The right-hander sat down the first 13 batters he faced before issuing a walk to Alex LaCourse, who would score Westfield’s only run on a sac fly by Dylan Arooth following a pair of wild pitches. 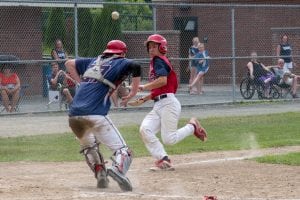 Alex LaCourse beats the throw to home to score a Westfield run. (Photo by Bill Deren)

“We actually ran into (Rindfuss) last year, and he was good then too,” Cloutier said. “He’s got great velocity, he’s got a great curveball, and he just kept us off balance. They played some great defense too, so that made it even tougher.” 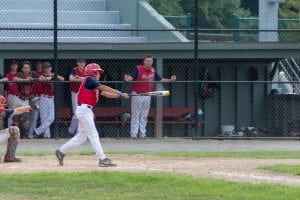 Carlos Rodriguez hits a solid single as Westfield attempts to get back in the game against Pittsfield in Saturday’s Babe Ruth action at Bullens field in Westfield. (Photo by Bill Deren) 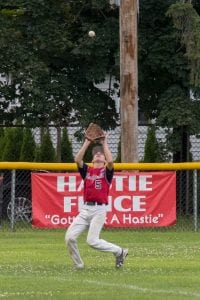 Westfield’s Dylan King zeros in on a pop up to deep left to make the out. (Photo by Bill Deren)

While it wasn’t the outcome Westfield had hoped for, Cloutier said he told his players to keep their heads up high despite the loss.

“I just tried to tell them how proud I am of them for getting to where they are from where they were,” Cloutier said. “They’re just great kids, they really are, and I’m gonna miss them. They battled, and I’m proud of them.”