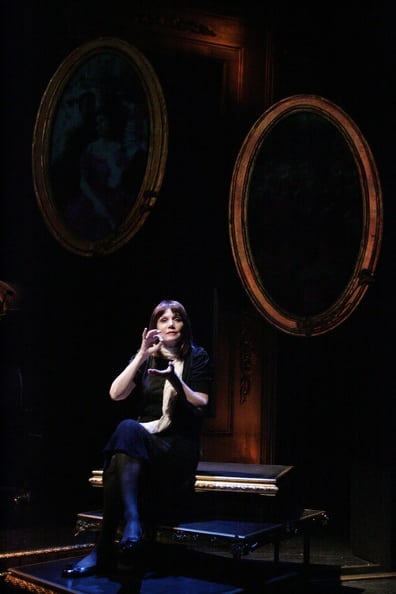 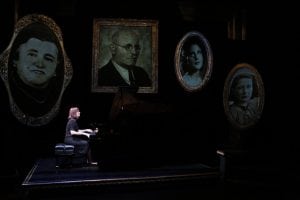 Mona Golabek in The Pianist of Willesden Lane at Hartford Stage.

I was so moved by Mona Golabek in her The Pianist of Willesden Lane, when it came to Hartford Stage in 2015. I gave the show a rave review, and later chose Golabek’s performance as her mother, Lisa Jura, as one of the best of the year, along with the play as “Outstanding Production of The Year”. (https://thewestfieldnews.com/review-the-pianist-of-willesden-lane-at-hartford-stage/)

Three years later, The Pianist of Willesden Lane returns to Hartford Stage, and I was thrilled to have the opportunity to see this incredible story and production a second time. It continues to be tour de force theatre on every level. 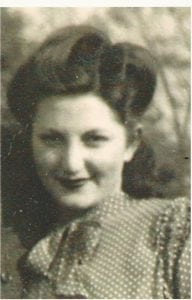 The Pianist of Willesden Lane,based on the book The Children of Willesden Lane by Mona Golabek and Lee Cohen, is a moving story about a young Jewish pianist in Vienna, who was sent from Europe to England on a Kindertransport during World War II. Hershey Felder, the extraordinary pianist and actor, who has dramatized the lives of composers from George Gershwin to Irving Berlin, and who starred in his Our Great Tchaikovsky at Hartford Stage last summer, adapted Golabek’s book and directs. He knows how to merge music, story, and theatre, and he molds Golabek’s story  and performance into something unforgettable…exquisite musicianship and powerful acting. I haven’t been able to stop thinking about The Pianist of Willesden Lane in three years.

The ability to hold an audience’s attention in a solo performance is an art. Hartford Stage has presented some of the best, from this evening of theatrical perfection to Felder’s portrait of Tchaikovsky. James Lecesne brought dozens of fictional characters to life in his also tour de force The Absolute Brightness of Leonard Pelkey. Some other memorable solo performances for me have been Elaine Stritch’s At Liberty, also at Hartford Stage, and David Adkins’.Thoreau or Return to Walden at Berkshire Theatre Group.

The production elements of The Pianist of Willesden Lane are all still terrific, and on second viewing, I realized how incredible Eric Carstensen’s sound design is, especially in providing an orchestral background to Golabek’s wonderful keyboard work. 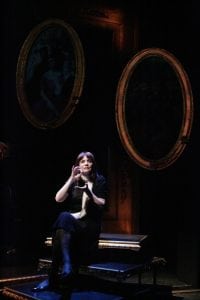 Mona Golabek in The Pianist of Willesden Lane at Hartford Stage.

The personal dramas of Holocaust survivors are prime for theatre, and the fact that Golabek acted and played piano superbly adds to the story. She is living history in performance. This makes this play timeless. The message says “Never forget” and “learn from our past”. Recent world history, where segments of our society are marginalized, mocked, and separated from the mainstream, carry dangerous parallels to Germany and Austria in the years preceding World War II, when Lisa Jura’s parents made the ultimate sacrifices to save their daughters. “Never forget” never seemed more urgent.

The Pianist of Willesden Lane only runs through July 22. Don’t miss this.