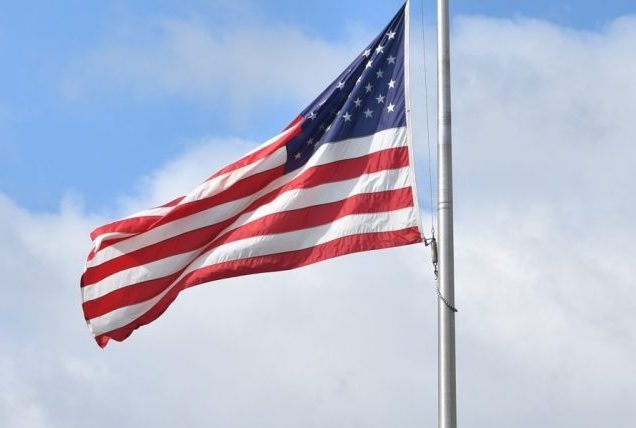 WASHINGTON DC – “Enough is enough is enough,” said President-elect Joe Biden during a televised statement Jan. 6 several hours into a protest and breach of the US Capital Building.

Hundreds of extreme Trump supporters descended upon the Capitol, some armed, and breached the building. One woman was reported shot in the incident.

According to State House News, “Trump lost the 2020 election to Biden but has not conceded and has repeatedly suggested that the contest was somehow rigged against him. He has been pressuring Vice President Mike Pence to unilaterally overturn the Electoral College result and held a rally Wednesday morning to encourage his supporters and further suggest that he would somehow remain in office.”

Biden spoke directly to Trump during his statement and told him to “step up” and go live on television now to “fulfill his oath and demand an end to this siege.”

Moments later a taped message from Trump was played where Trump told protestors he knew how they felt but they should go home.

“We had an election stolen from us,” said Trump in the video. “You have to go home now, we have to have peace. We have to have law and order.

“It’s a very tough time,” he continued. “This was a fraudulent election but we have to have peace. So, go home. We love you. You’re very special.”

Gov. Charlie D. Baker, a Republican who has not supported Trump, said Trump needed to call for an end to the violence.

“The chaos now unfolding is the sad but predictable outcome of weeks of attacks perpetrated by President Trump and his supporters against the democratic process that makes America the greatest nation on earth,” Baker, a Republican, tweeted after 4 p.m. Wednesday. “These baseless challenges to President-elect Biden’s victory must stop.”

Biden called the situation “an assault on the rule of law like we’ve never seen it.”

Biden, who will be sworn-in as president in two weeks, said the chaos at the Capitol did not represent true Americans.

“This is not dissent, it’s chaos. It borders on sedition,” he said. “The words of a president matter, no matter how he or bad that president is. At best, the words of president can inspire, at worst they can incite.”

Biden said the protest was insurrection and he was “shocked and sad” that the country has come to “such a dark moment.”

Biden did share words of hope for the future.

“Through war and strife, America has endured much and we will prevail again,” he said. “The work of the next four years must be the work of democracy, of honor, of respect. Today is a reminder that democracy is fragile.”

Biden said despite the actions of the protestors, he was still optimistic.

“This is the United States of America — there’s never ever been a thing we’ve tried to do together and not been able to do it,” he said.