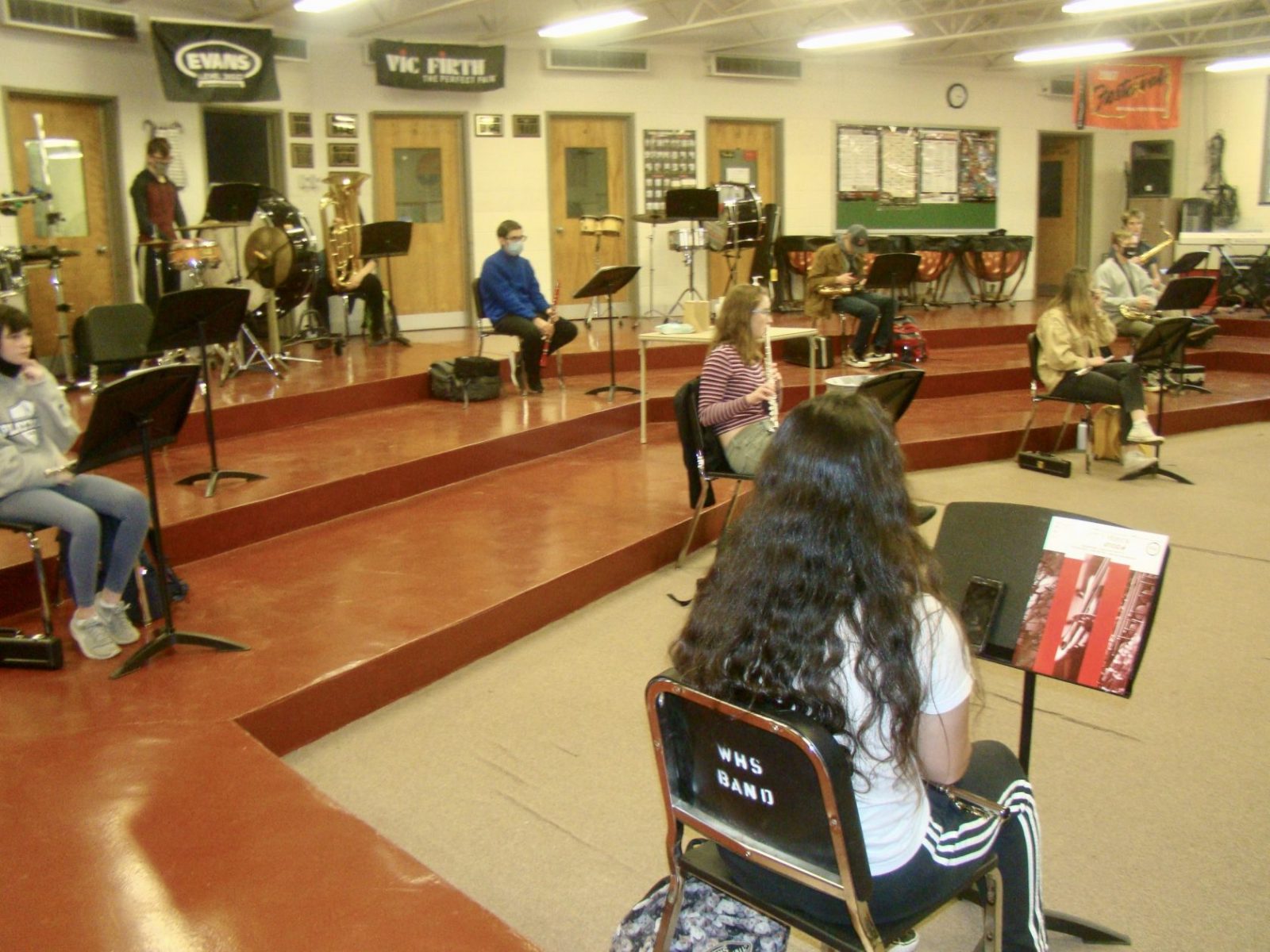 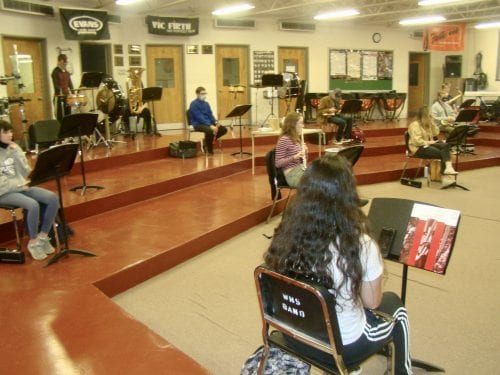 WESTFIELD – Band has been a little bit of a challenge to get underway, says Westfield High School and Technical Academy Band director Patrick Kennedy, but “we’re slowly edging back towards some sense of normalcy,” he said.

Kennedy said the numbers of students taking band are lower at WHS than they ever have been. “I lost probably 25 kids. I think they’ll come back once things change. For some kids, the online thing isn’t for them. We still have 70-something kids – that’s not a terrible number,” he said.

The WHS students are never all in one place at a time. Kennedy sees a third of his members on Cohort A, a third on Cohort B, and he has another third that are fully remote and participate online.

“We meet every day, and are experimenting with using the computer to broadcast the music in the room, and have the kids play along at home,” Kennedy said.

The WTA band is fully remote this year, because the school is only open for the students during their shop weeks. He said he sees music students there online every day. Kennedy does all of the remote classes from the high school, which he has made as home base. He said he still has 30 students in the band at WTA.

Kennedy said he is using Google Classroom this year, and the district was fortunate to buy a program for all the kids called SmartMusic, which allows music teachers to buy music to let students work on it at home. 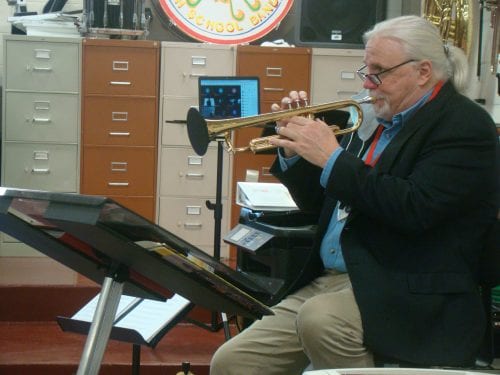 He said the “younger” music instructors in the district have been helping him with all of the transitions. “I’m going to keep a Google Classroom until I retire. It’s a great way to keep organized – old dog, new tricks,” Kennedy, who is sporting a white ponytail, said.

Due to COVID regulations, wind and brass band members have to be ten feet apart; drums and piano six feet apart, which means finding a spot indoors where they all fit.  At WHS, he meets with anywhere from 10 to 30 students at a time. In the last period of the day, they have 30 or so students, and have to break into groups; half in the band room, and half in the auditorium, where student leaders lead the practice. “I bounce from place to place,” he said.

The band just received bell covers for the wind and brass instruments, which were ordered by the district as personal protective equipment to keep spray from spreading. They have the covers for trumpets, trombones, and saxophones, and ones for the tubas are enroute. Only the flutes don’t use them. 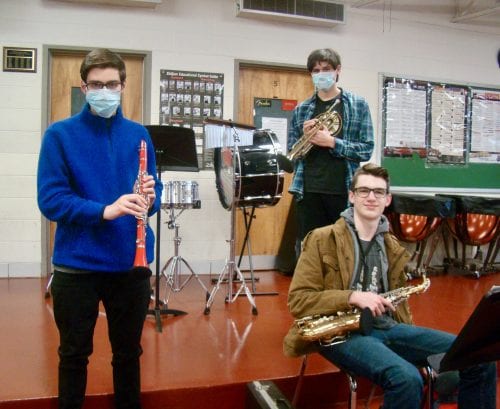 “I’ve been impressed here. The kids have been great in wearing the masks, and staying socially distanced. The administration and maintenance are doing a nice job, and trying to keep the rooms really clean. There are hand sanitizers in the classrooms and extra masks. The kids certainly do try. I’m pretty proud of them so far,” Kennedy said.

Kennedy said the music program In some districts has really been decimated by the coronavirus. “I think we’ve been fortunate to maintain as many kids in our program as we have. To be able to navigate this together is certainly a lot of moving parts,” he said.

He’s also trying to get the jazz band and drum roll together after school to practice, so they’re ready when they do get a chance to perform. He said the jazz band, which is anywhere from 10 to 20 students, can fit in the practice room together.

“In some ways this has allowed us to evaluate what we do and who we are,” he said.

Kennedy acknowledged that all of the moving parts have slowed down how much material they can cover, and they haven’t been allowed to schedule any performances. For the Veterans Day ceremony in Westfield, it was just Kennedy and two of his trumpeters playing taps, the first time in his career that they haven’t brought the band to the ceremony. 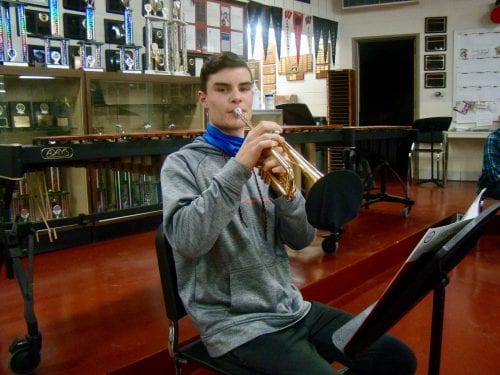 “Right now, Bob Plasse of Westfield on Weekends contacted me to see if we could do something on Channel 15. We might put together some small ensembles and record them for the holidays. We hope to have that partnership in place, to share some music with the community, and have the kids perform in a different type of venue,” he said.

“Kids love to play, and everybody loves to see them do it. We’re trying to find some ways to offer something for the holidays, and beyond that we’ll see what happens,” Kennedy said.

“This gave us all a chance to pause and reflect on things that are important to us, things we enjoy doing, and how fragile things are,” Kennedy said.