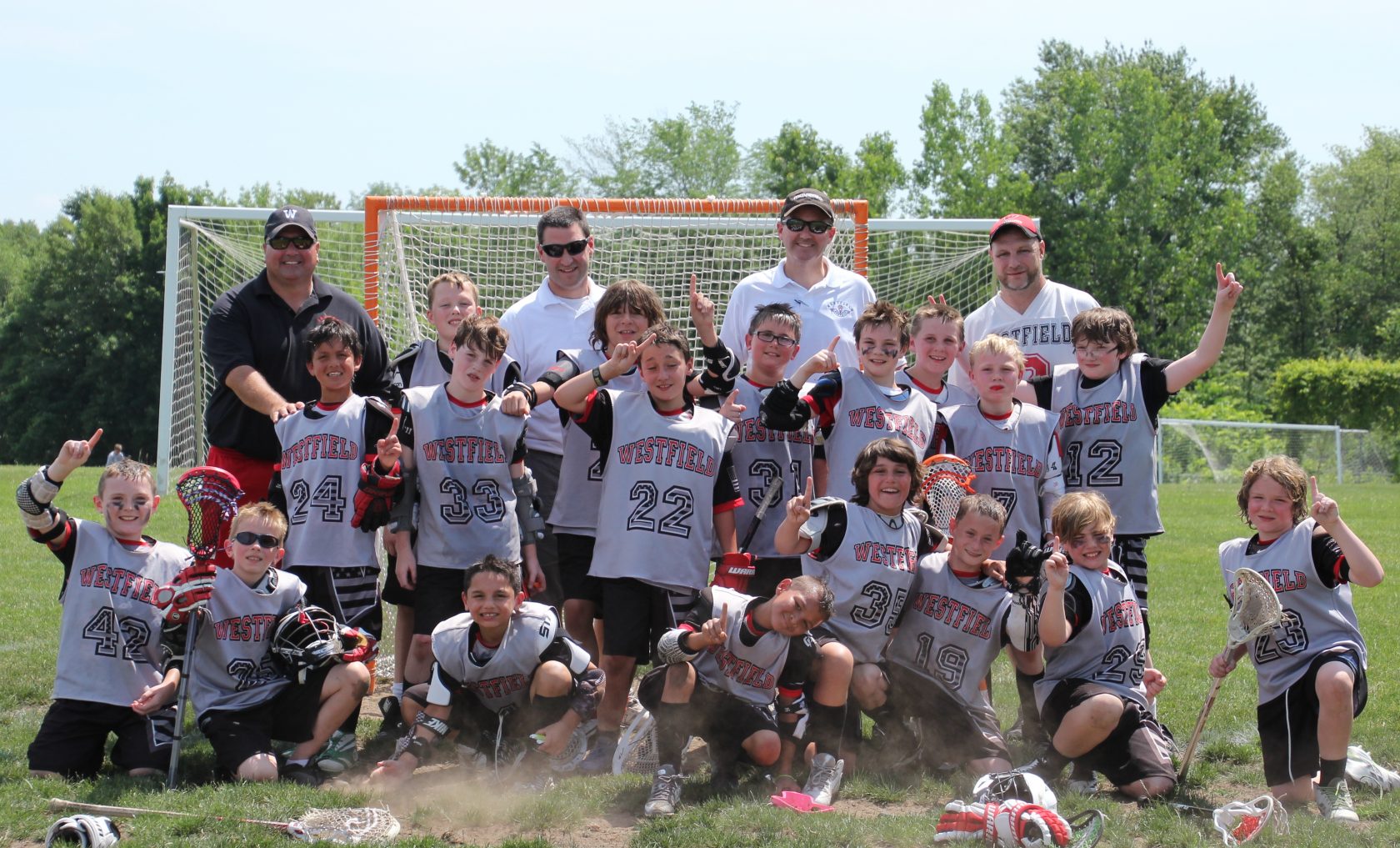 WESTFIELD – The Westfield Youth Lacrosse 4th grade Bantam Team capped off a perfect season June 14 by winning all four of its games in the South Hadley Bantam Jamboree.
With all game and tournament victories, the boys rolled up a 23-0 record this spring.
Several players and coaches on this team have been together since the start of their youth lacrosse careers. That familiarity allowed them to achieve tremendous success this year by trusting in each other, working together, and recognizing the strength of teamwork. 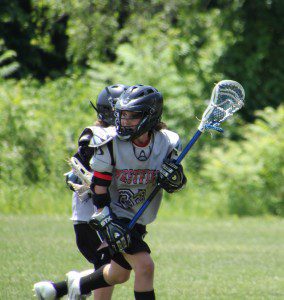 Brandon Shuman moves to open space to help with the clear against Williamstown.

The motivational concept of “212 Degrees” was introduced to the players early this season by the coaches and it stuck – hopefully forever. The message: at 211 degrees water is hot, but at 212 degrees, it boils. Boiling water creates steam and steam can power a train. That one degree can make all the difference, whether it be in effort, attitude, focus, kindness, belief, perseverance, etc. By buying into that theory, there was much growth on and off the field by everyone involved with this special team.
The 4th graders competed in one of the toughest schedules possible at this age and represented themselves and the city of Westfield very proudly. 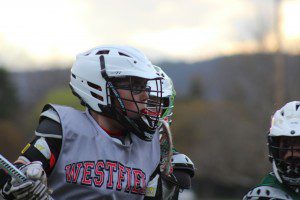 Victories came over powerful programs such as Longmeadow, Glastonbury, West Hartford, Avon, Southington, and Simsbury, to name a few.
Everyone had fun throughout the journey, especially when playing on the beautiful turf fields of Westfield State University and Suffield Academy.
Traveling to tournaments to face outside competition also challenged the team in many ways, but also made for a lot of joyous moments.
This group enjoyed much success, through hard work, and exhibited class and sportsmanship along the way.
The coaching staff had one last message to its athletes – “Best wishes to these young men as they progress in their athletic and academic careers!” – Courtesy of Westfield Youth Lacrosse 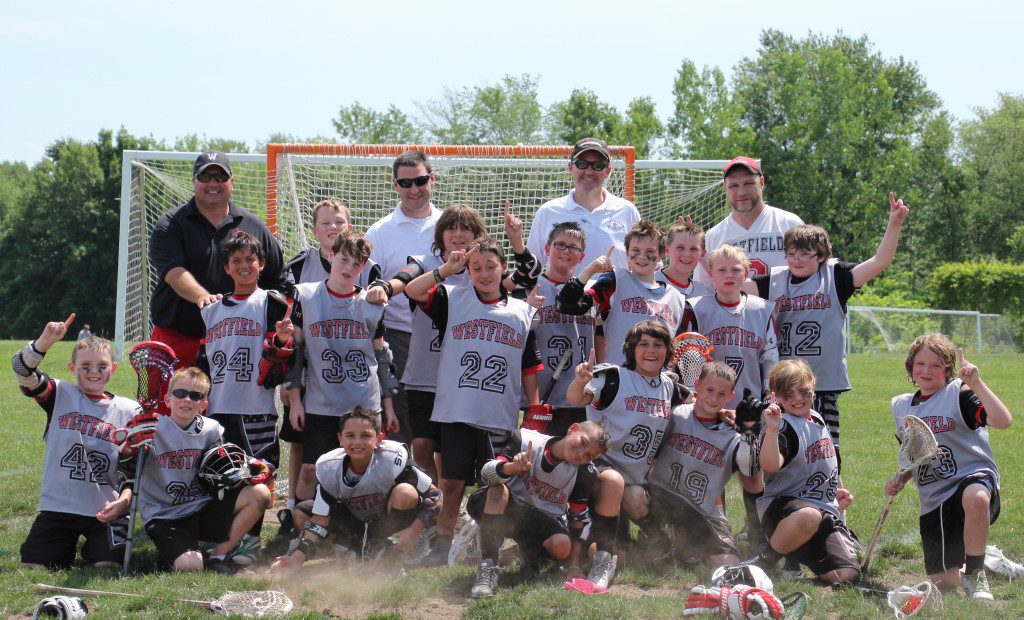