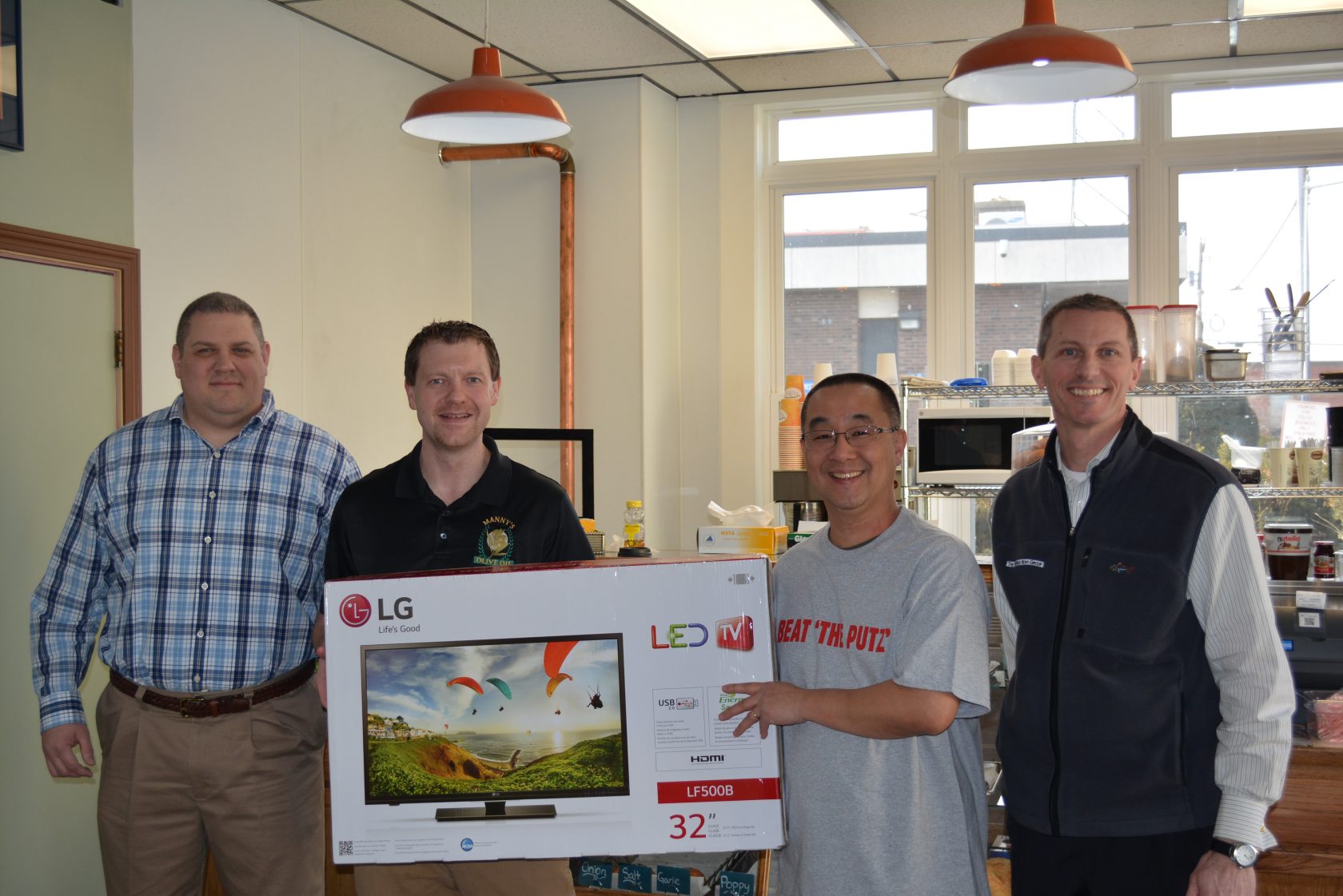 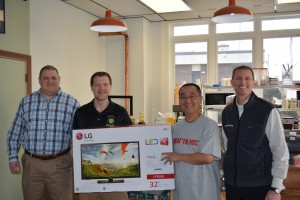 WESTFIELD – Who needs Powerball when we have our own lottery of sorts.
After 256 games, 80-year-old Patrick Shia, of Needham became the latest grand prize-winner in our annual pro football contest, “Beat ‘The Putz’”.
Shia, who admitted to being a diehard “Wheel of Fortune” fan, visited family in the Whip City during Week 2 of the regular season. It is at that time that he took a “spin” at our weekly pro football contest. His entry was chosen randomly among nearly 2,000 entries eligible for our grand prize, a flat-screen television, courtesy of Manny’s TV & Appliances.
Shia said the new TV will give him a clearer picture to the New England Patriots’ run to Super Bowl 50, as well as his favorite game shows.
The Patriots begin their quest for a fifth NFL championship this Saturday when they host the Kansas City Chiefs in the Divisional Round of the Playoffs at Gillette Stadium in Foxboro.
“Of course, the Patriots … are going win again this year,” Shia said.
In my preseason prognostications, I predicted the Brady-Belichick-led Patriots to cement their legacy with a second consecutive win over the Seattle Seahawks on Super Sunday.
I’m actually a bit enamored with the Arizona Cardinals right now, who I believe is one of the most complete teams in the NFL. From the coach on down to quarterback Carson Palmer, running back David Johnson, an elite cast of wide receivers (Larry Fitzgerald, Michael Floyd, John Brown) and a top-of-the-line defense, this team has it all.
The Carolina Panthers are also an interesting contender to represent the National Football Conference in the Super Bowl, led by Cam Newton and a formidable defense. I do feel their record was a bit inflated though, due to a less-than-stellar regular season schedule. Their surrounding pieces on offense are a bit underwhelming too.
In the AFC, the only real challenger that I feel could unseat New England as the reigning conference champs are the Denver Broncos. I am not especially fearful of Peyton Manning (he is in sharp decline), but that Orange Crush defense is top five and the Mile-High air is a challenge all in itself.
I’m going to stick with a New England-Seattle Super Bowl rematch, although I could easily see a Pats-Cardinals showdown as well. I have to be honest. I do not know if anyone can stop Arizona if they make it to the big game, but ever since a young Tom Brady stepped in to replace Drew Bledsoe 14 years ago en route to winning a championship ring, I have learned never to say “never” again.