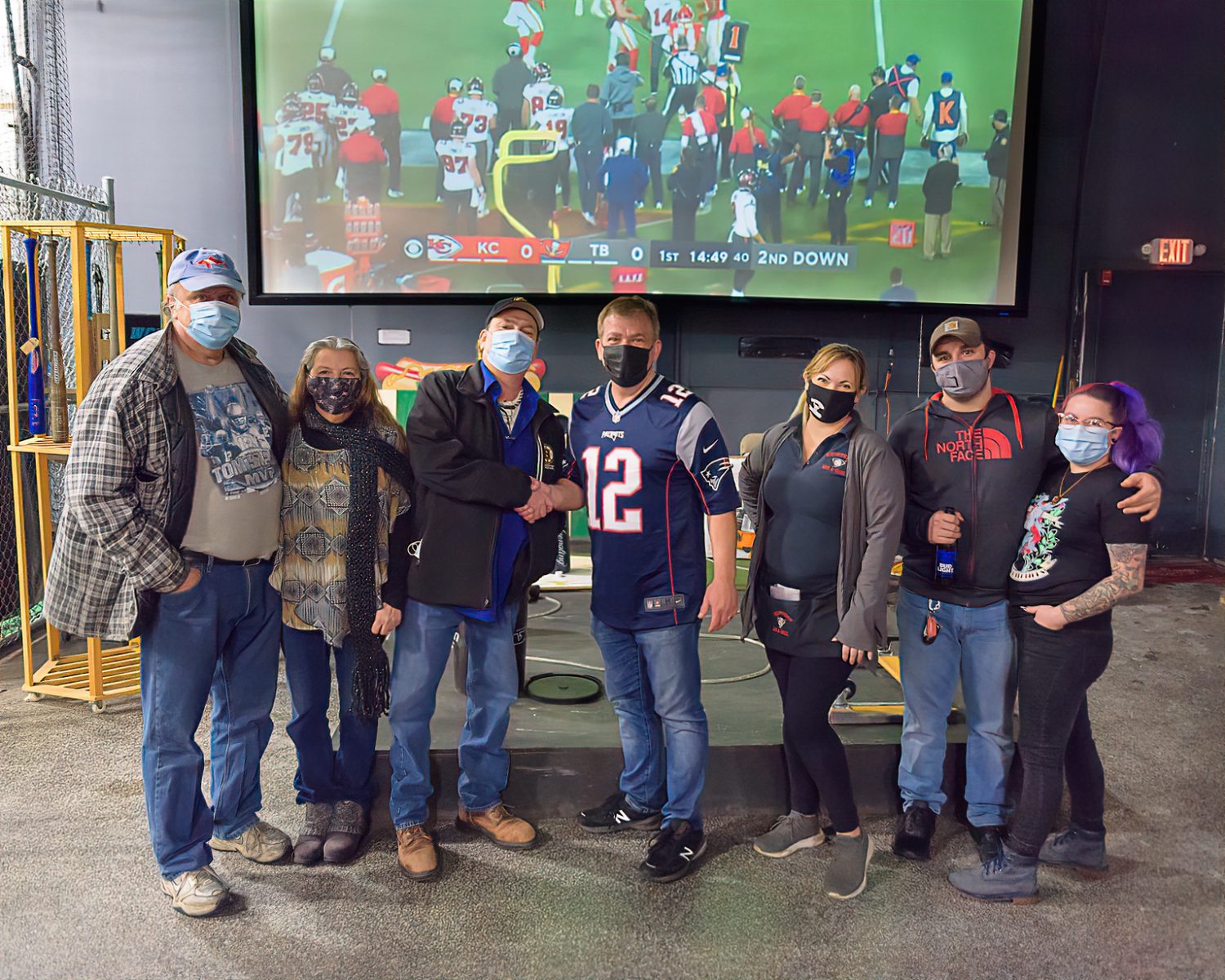 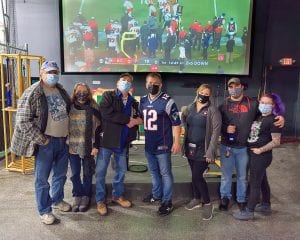 WESTFIELD – What’s the next best thing to having New England Patriots season tickets when your team is sidelined for the postseason for the first time in nearly two decades? How about an all expenses paid “trip” to Shortstop Bar & Grill to watch Tom Brady and Rob Gronkowski take on the defending Super Bowl champion Kansas City Chiefs and Patrick Mahomes battle it out in Super Bowl LV.
That is what happened Sunday for our 2020-21 Beat The Putz Football Challenge winner Tim Tracy, of Southwick. Tracy’s winning Week 10 entry was chosen at random among the other weekly winners to receive a Super Bowl party at Shortstop Bar & Grill.
“‘The Putz’ football pool made football so fun, especially in these difficult Covid times,” said Tracy. “We had the best Super Bowl party ever.”
Tracy, a long-time Patriots season ticket holder and friends gathered to watch Tom Brady capture a record-seventh Super Bowl victory, this time with the Tampa Bay Buccaneers.
It was like old times as Brady connected with Rob Gronkowski twice in the end zone, and also delivered a touchdown throw to Antonio Brown.
“Tom Brady is clearly the greatest quarterback ever,” said Tracy, who once shook hands with Brady outside Fenway Park following a live ESPN interview after the quarterback’s first season with the New England Patriots. “The guy was so friendly and down to earth.”
Now, the biggest question that remains is – when will Brady ever fall back to earth? The legendary QB said he is considering playing past the age of 45.
Brady – – and our grand prize drawing winner Tracy – – will look to shake the competition again next season. As for the answers, only time will tell.
Lorna Farrington, of Chicopee received our second place prize (Michael Szwed Jewelers $250 gift card). Sandra Madamba, also of Chicopee, was awarded third (Delaney’s Market $100 gift card).
Congratulations to everyone who participated in our Beat the Putz Football Challenge. See you again this fall!