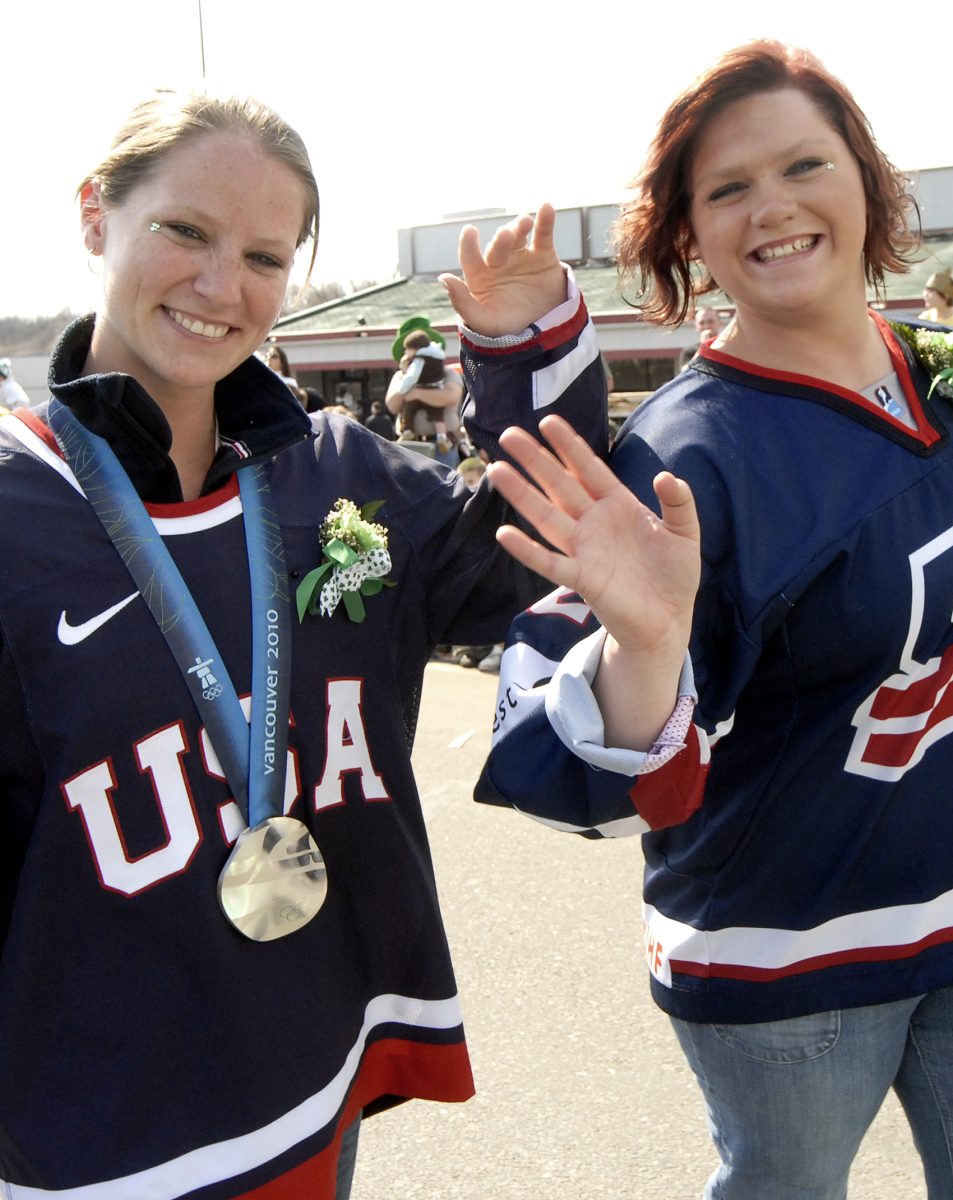 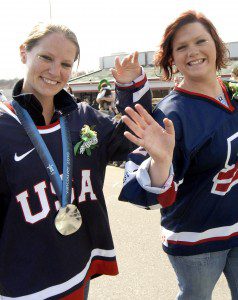 WESTFIELD – Four years ago, Westfield’s Kacey Bellamy was surprised to find out she had been named to the United States women’s ice hockey team. Now, it would be a shock if she did not land a spot on the 2014 Olympics squad.
Bellamy, 26, is training for the 2014 Olympics in Sochi, Russia, which begin Feb. 7, 2014. She is conditioning herself for the grueling journey by weightlifting, running, and, of course, skating nearly every day of the week near her Boston home.
It is a grind, but one she loves.
“This time around, I’m more confident,” said Bellamy, who helped anchor the defense as a rookie in 2010 at the 21st Olympics in Vancouver, British Columbia, Canada. “I think that’s going to help.” 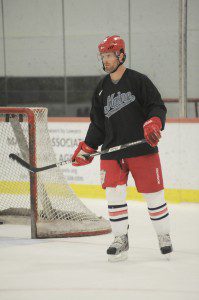 “Now I’m more of a leader,” she said. “My job is to make the new girls feel comfortable. I’m not going to worry about anything. I’m just excited.”
Of course, Bellamy will need to survive a final round of cuts expected later this year. But she is not concerned about that now.
“I am going to lead by example,” Bellamy said. “I’m going to help about some of these rookies. It’s going to be an incredible journey for these newcomers.”
Team USA left the 2010 Winter Olympics with a silver medal after being ousted by the Canadian women’s team, their chief rival. Although members of the United States team had the experience of a lifetime, playing the sport they love and enjoying a medal ceremony, it was just a third place finish.
“Ever since 2010, a gold medal has been in our sights,” Bellamy said. “We’re going to learn from that.”
For the last three years, Bellamy has been a defenseman for the Boston Blades of the Canadian Women’s Hockey League. THE CWHL is comprised of teams from Montreal, Toronto, Alberta, and Brampton. Facing stiff competition on a regular basis could make all the difference this time around for the ’14 Olympians.
The 2014 roster is currently comprised of Bellamy and fellow defensemen Megan Bozek (Illinois), Lisa Chesson (Illinois), Jincy Dunne (Misouri), Gigi Marvin (Minnesota), Michelle Picard (Taunton, Mass.), Josephine Pucci (Pearl River, N.Y.), Anne Schleper (Minnesota), and Lee Stecklein (Minnesota); goalies Brianne McLaughlin (Ohio), Molly Schaus (Natick, Mass.), and Jessie Vetter (Wisconsin); and, forwards Kate Buesser (New Hampshire), Alex Carpenter (North Reading, Mass.), Kendall Coyne (Illinois), Julie Chu (Fairfield, Conn.), Brianna Decker (Wisconsin), Meghan Duggan (Danvers, Mass.), Lyndsey Fry (Arizona), Amanda Kessel (Wisconsin), Hilary Knight (Idaho), Jocelyne Lamoureux (North Dakota), Monique Lamoureux (North Dakota), and Kelli Stack (Ohio).
Buesser, Duggan, Knight, Stack, Marvin, and Schleper are also teammates of Bellamy’s on the Blades.
Several Olympians from the 2014 hockey team have already gathered in Woburn, Mass., this year’s training grounds for the Winter Olympics for informal workouts. Official practices begin Sept. 4.
Bellamy was a four-year player at the University of New Hampshire, where she scored 107 points (27 goals, 80 assists), just one point shy of the school record for defensemen held by Cindy MacKay and Kristen Thomas. She played hockey, field hockey, and softball at Berkshire School, a prep school in Sheffield, Mass., prior to attending UNH.
“Berkshire (School) feels just like yesterday,” she said. “I’ve had to work hard, train hard, and eat right to get where I am today.”
Bellamy plans to run a hockey camp with her brothers, Rob, and Corey at Amelia Park Ice Arena in Westfield, sometime after the completion of the Olympics next February.
Rob Bellamy, 28, is currently a member of the Elmira Jackals, a professional minor league ice hockey team based in Elmira, New York. The Jackals play in the East Coast Hockey League, and are affiliated with the Ottawa Senators.
“Her biggest goal is to win a gold medal,” Rob said. “I don’t think she’s going to stop until that happens.”
Their 24-year-old brother, Corey, is also not slowing down, having just recently signed a contract to work out for the Elmira Jackals. Camp begins Oct. 5.
“This is a pretty serious year for all of us,” Corey said. “It’s a big Olympic year for Kacey. This is Rob’s third year with Elmira. I’m going to camp in Elmira. Hopefully I can stay up in AA with my brother. I think I have a good shot.”
Corey was called up to play for the Columbus (Georgia) Cottonmouths in the Southern Professional Hockey League last season. He played in 23 games.
Notes: Rob Bellamy is also a budding musician, having recorded a CD of rock music in the tradition of The Lumineers. Rob sold his CDs at his home hockey rink with all of the proceeds donated to an Elmira family, whose parents were killed in a drunken driving accident.