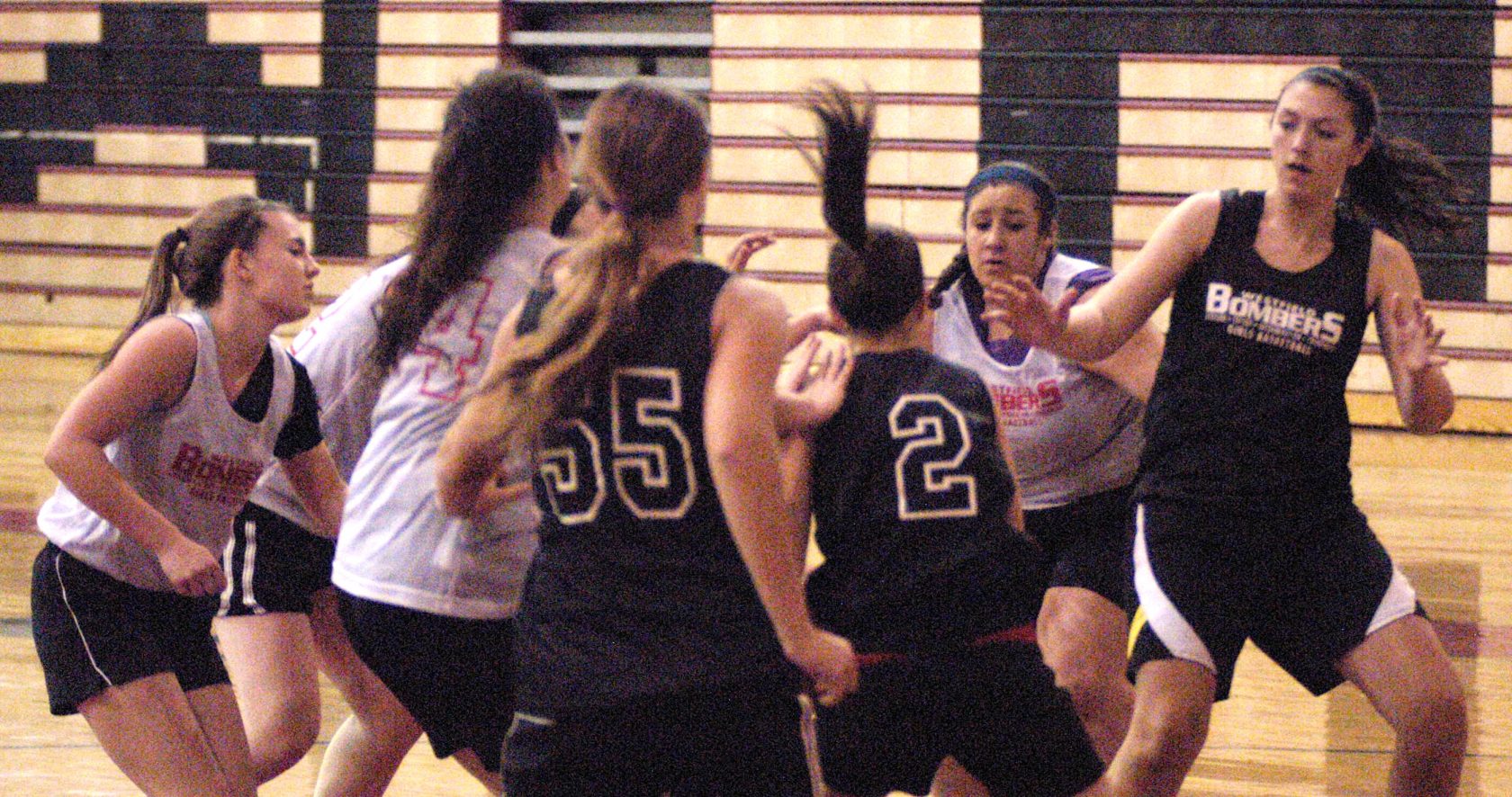 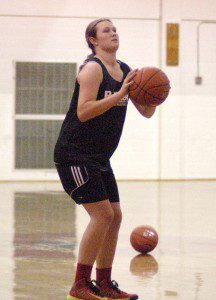 WESTFIELD – The Westfield High School boys’ and girls’ varsity basketball teams have swapped identities this season.
While the boys’ team – without a true center for the first time in head coach Bill Daley’s tenure – expects to run-and-gun and press on defense, the girls’ squad is going to jam the paint with a boatload of strong post players.
“We’re going to have a whole new offense,” Westfield head coach Ralph Loos said. “We have a bunch of big kids. That’s a rare commodity.”
Seniors Becca Sullivan, Karly Mastello, and Kayleigh Kennedy are expected to get a bulk of the work in the low post, as well as junior Alexa Morin, who coach Loos said “has the potential to be one of the best post players.” 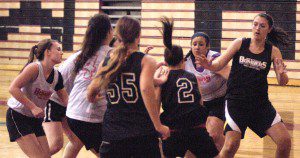 “We have to get (our scorers) into position to get some easy points,” the Bombers’ head coach said. “We need to play defense, rebound the ball well, and make it difficult for our opponents, occasionally make it ugly for (them).”
Westfield returns Western Massachusetts’ top three-point scorer, senior Alicia Arnold. Big things are expected from the Bombers’ guard.
“Alicia has diversified her game,” coach Loos said, noting the guard’s marked improvement in ball handling this past offseason.
Westfield, the 2014 league co-champs, ended a tournament drought last season, earning a playoff berth against Holyoke. Although the Purple Knights prevailed, the Bombers are attempting to make the postseason for consecutive seasons for the first time in nearly three decades.
“If we come together and the younger kids step up, we’re going to be pretty good,” Loos said. “It would certainly be nice to put our mark on things.”
Westfield tips off the season at home against Central at 7 p.m.