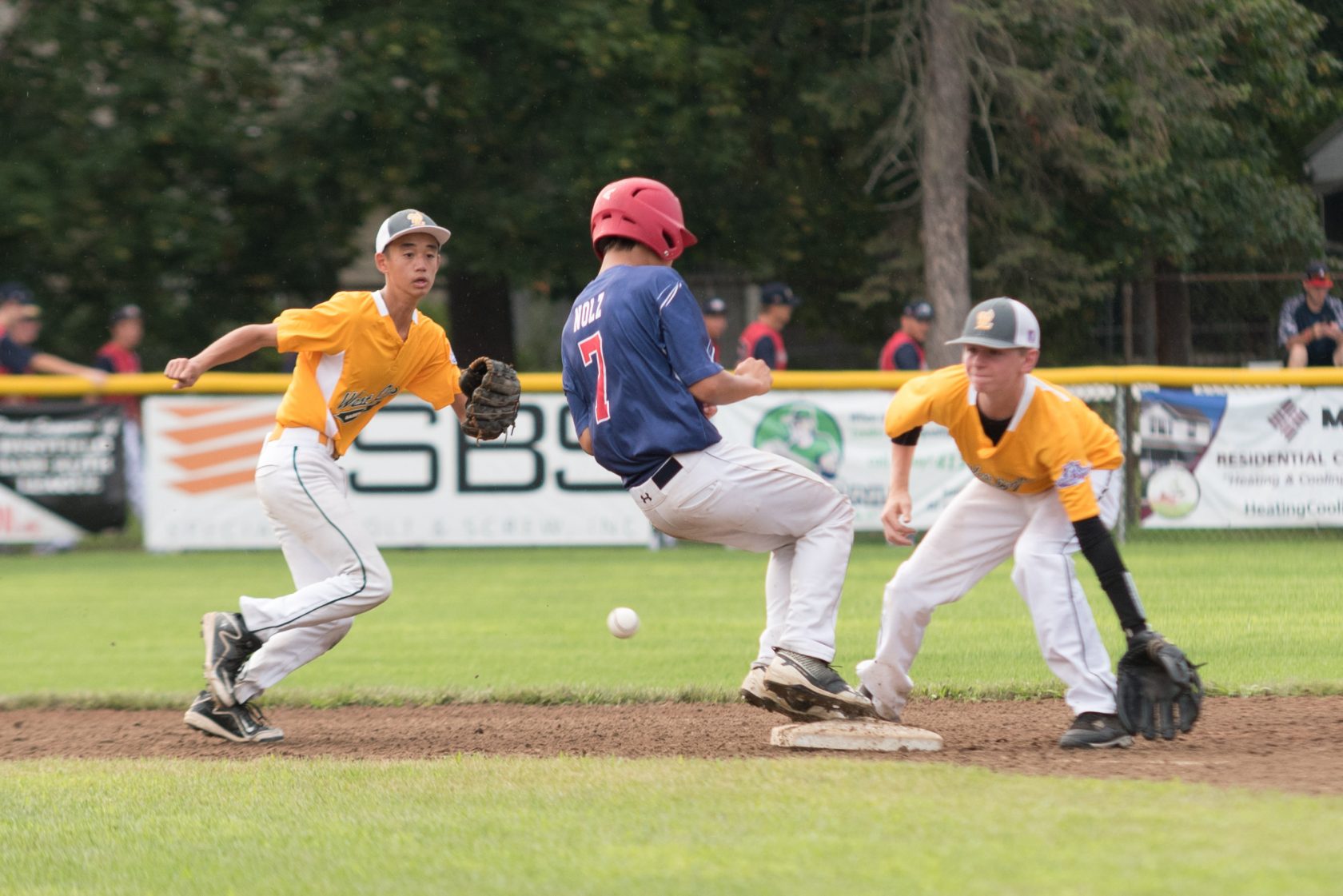 WESTFIELD – It is sometimes said that good things come in three. Bismarck (ND) proved just that in their evening contest with West Linn (OR) in the Babe Ruth World Series.
Cade Feeney pitched the first three innings for Bismarck, giving up just one hit while fanning seven West Linn players. Cody Sorenson shut the door in the fourth and the fifth while Mason Leingang close out the seventh.
Together, Bismarck’s pitchers combined for a 10-0 win over West Linn Thursday at Bullens Field.
“We came out, threw a lot of strikes; we could throw our off speed for strikes,” said Bismarck manager Brandon Hoepfner. “It was a good performance, we’ve been solid all year for our pitching.”
The pitchers were also able to get solid defense behind them, according to Hoepfner. 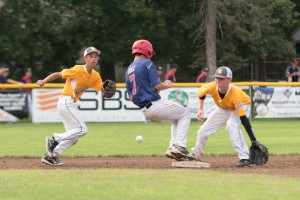 “We preached to our pitchers, pitch to contact, let your defense work,” he said.
Bismarck was also able to get enough offense behind them to secure the lead. Wasting no time, Bismarck scored a pair of runs in the top of the first inning. With a man on first and two outs, Connor Hanson was able to draw a walk. After a passed ball and runners on second and third, Luke Domres singled in two teammates. Bismarck then tacked on another run in the top of the second off of errors. After Mason Leingang walked, a series of wild pitchers allowed Leingang to score and put the Bismarck lead at 3-0.
Taking advantage of West Linn’s mistakes didn’t stop there. In the top of the third, with Hanson and Domres already on first and second, they successfully attempted a double steal in order to reach second and third. A wild pitch then allowed Hanson to come across home plate.
Cam Miller then connected on a sacrifice fly to score Domres.
Bismarck was able to consistently be aggressive and take advantage of the mishaps.
“Our baserunning has been very good, we’ve got a lot of quick guys on our team and a lot of smart baseball players,” said Hoepfner.
Bismarck also showed that they could swing the bat. Having runners on second and third with just one out in the top of the sixth inning, Miller hit a bomb well over the center fielder’s head to give Bismarck a commanding 9-0 lead.
Bismarck now becomes yet another team today that gets that first victory of the 2016 Babe Ruth World Series under their belt.