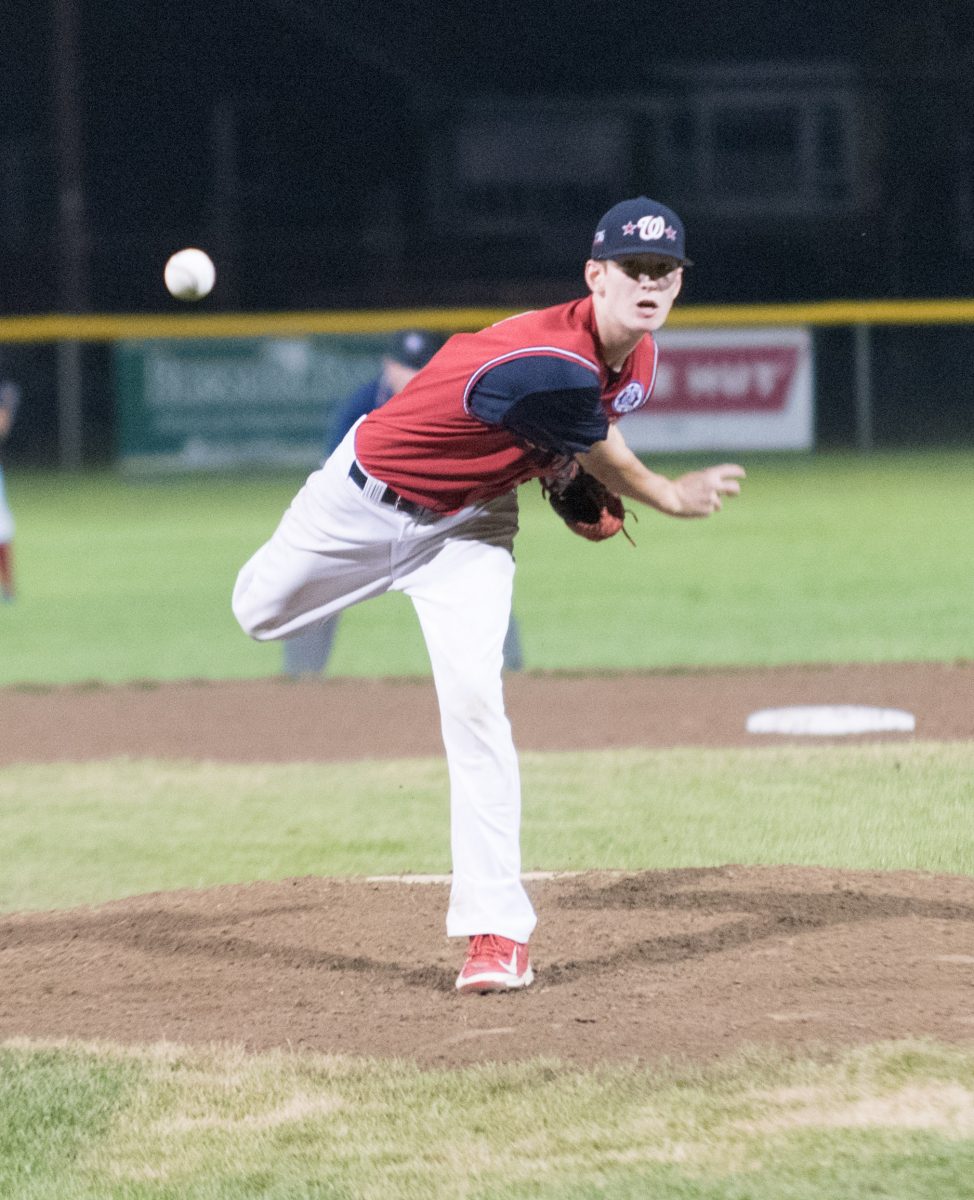 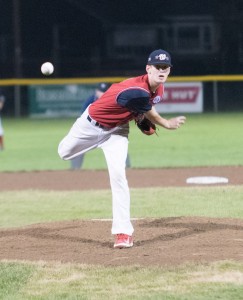 WESTFIELD – For pitcher Alex Smith and the Portland (Maine) All-Stars, Thursday night’s win was a long time coming.
Smith pitched a two-hit shutout and Portland went on to defeat Westfield 3-0 in the final game of a long, stormy opening day of the Babe Ruth Baseball 14 Year-Old World Series Thursday at Bullens Field.
Stormy weather wreaked havoc with most of the games, delaying the start of Westfield-Portland by more than two hours.
The delay had little affect on Smith, who allowed just two hits and no walks through seven complete innings. He struck out four batters.
“To be honest, I didn’t think I would make it past the third inning,” Smith said. “I didn’t have my best stuff. I pitched to contact and trusted in my defense. I wasn’t trying to strike everyone out.”
Westfield’s Colby Gazda got to Smith early, logging the first hit of the game for either team by belting a one-out single to left field in the bottom of the first inning. The base hit proved to be harmless for Portland though as Smith forced a ground out and fly out to end the threat.
Portland cracked the scoreboard in the top of the fourth inning when No. 10 hitter Henry Westphal drew a lead-off walk, advanced to third base with some heady play on a botched pick-off attempt, and scored on a Caden Horton single through the right side.
Westfield threatened to tie the game in each of the fourth and fifth innings but a potential knot became a NOT when Smith recovered in time. 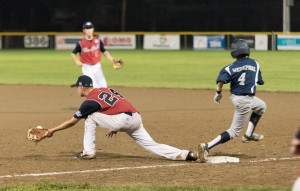 Westfield first baseman Josh Lis (24) attempts to stretch out to make this play as Portland’s Henry Westphal runs past the first base bag. (Photo by Marc St. Onge)

In the fourth, Westfield’s Mason Collingwood led off by reaching first base on an error. Collingwood avanced to second base on a passed ball. Smith retired the next three batters in succession, the last of which came by strikeout.
Josh Lis hit a booming one-out double that nearly cleared the top of the left field fence in the fifth. Lis moved to third on a ground out, but was stranded there when Smith forced the second ground out of the inning to end it.
Portland tacked on a pair of insurance runs in the sixth inning with a fielder’s choice and a bloop single from Garron Kelley, just beyond the reach of a backpedaling shortstop near the edge of the center field grass.
Smith, who after allowing a hit to Gazda in the first inning came back to retire eight straight batters, closed out the game with eight straight outs.
“Without hits and bounces, it’s tough to climb out of a hole,” Westfield manager Matt Avery said. “We’ve got to attack the ball. We’ve been preaching and teaching that for a long time now … If we do that, we will be in good shape.”