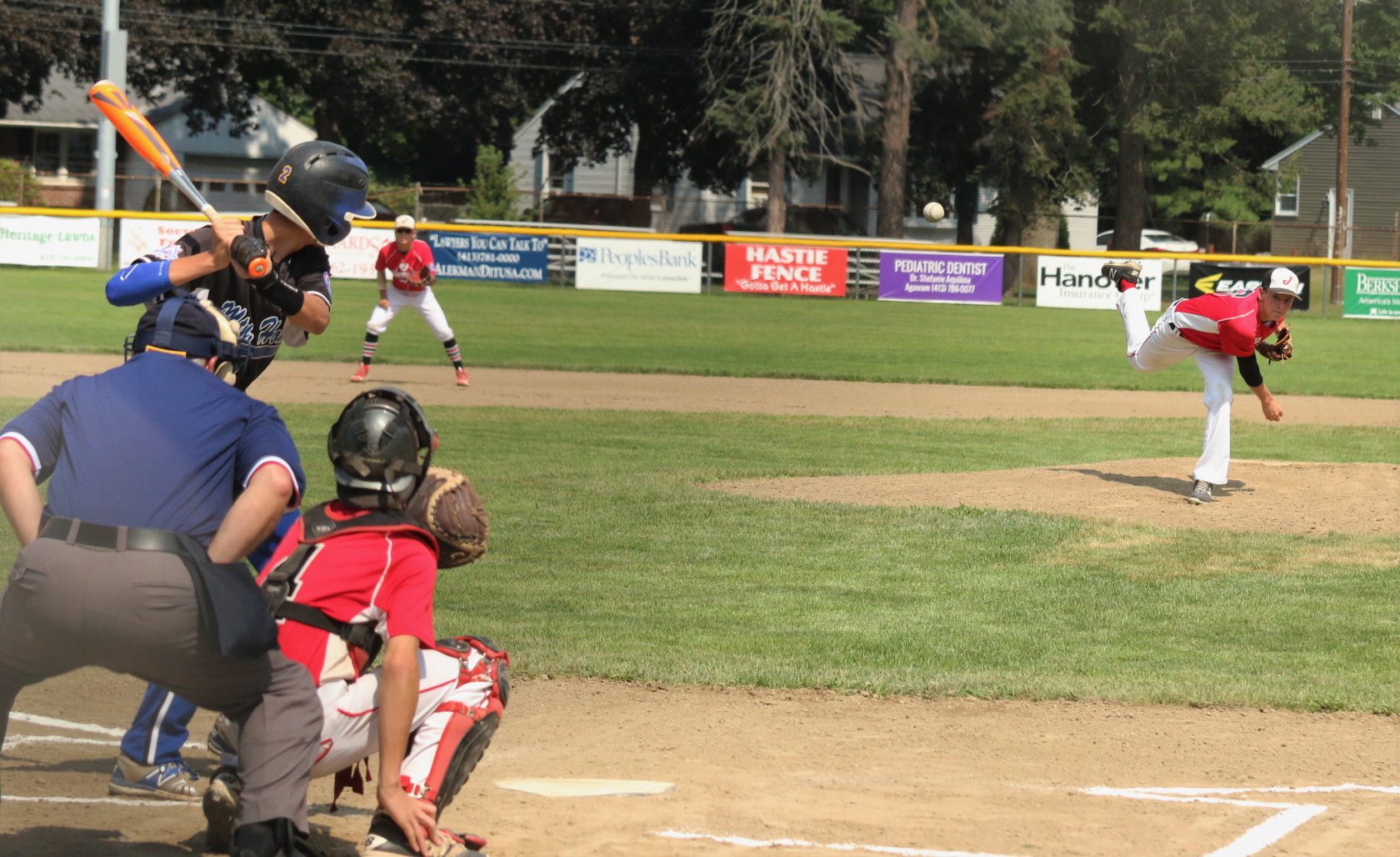 WESTFIELD – There is no arguing that Janesville (WI) wasted any time with their first game of the Babe Ruth World Series. Janesville took care of Mountain Home (AR), 11-4.
Janesville was able to jump out to a 7-0 advantage over Mountain Home over the first two innings. In the bottom of the first, the scoring from Janesville started off with Tegan Christiansen drawing a walk. Jordan Curtis then had a sacrifice bunt and reached on an error which allowed Christiansen to come all the way to home.
Janesville only managed to collect four hits to go with the seven runs, but they were able to take full advantage of Mountain Home’s errors as well as being aggressive on the base paths.
“We were able to get a couple lead off guys on and manufacture a couple runs,” said Janesville manager Tom Davey.

Eric Hughes of Janesville throws out the first pitch of the game against Mountain Home. (Photo by Kellie Adam)

Manager Davey also talked about how a couple bad pick off throws from Mountain Home proved to do damage.
“They had two pick-off throws that got away from them and we took advantage of those,” said Davey.
Eric Hughes was the starting pitcher for Janesville, and appeared to be cruising right along. Through the first four innings, Hughes threw four shutout innings and allowed just one hit on one run.
Entering the top of the fifth inning with a comfortable 9-1 lead, Hughes finally faced some adversity.
Joshua Prinner started off the Mountain Home rally with a lead-off single. Tanner Burnham then followed up with a single to put two runners on and nobody out. Will Gross then doubled to cut the deficit to 9-3. Mountain Home then tacked on one more in the inning to put more pressure on Hughes and the Janesville defense.
After cruising through the majority of his start, Hughes looked dominant but then had trouble in what was ultimately his final inning. As Hughes was eventually able to battle his way out of the jam, his toughness helped Janesville hold the lead.
“I think he was fatiguing a little bit in the fifth,” said manager Davey. “He finished that inning strong and we were able to stop the damage where it was.” 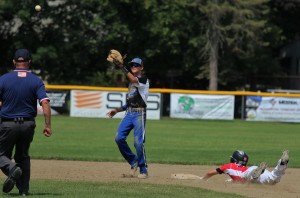 Despite the fact that Mountain Home was able to chip away at the Janesville lead, the Janesville offense put across two more runs off of four hits to put the score at 11-4.
Cody Logterman led the way offensively for Janesville as he had a trio of RBI’s. Logterman’s teammate, Micah Overley, had two RBI’s.
Even though the four-hour rain delay stopped Janesville and Mountain Home from playing, the delay didn’t get in the way of Janesville ultimately earning the victory.
“We come out strong and we just stay strong the entire game,” said Jordan Curtis. “The rain delay happens and we kind of lose a little focus but still come out and do what we need to.”