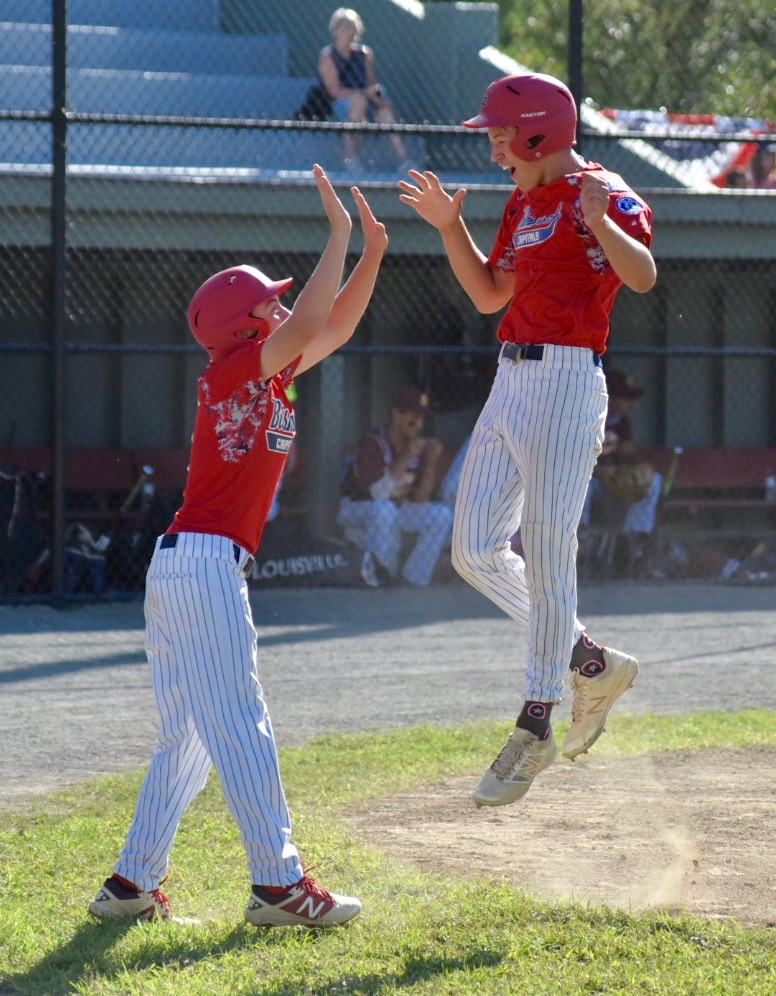 WESTFIELD – Bismarck (North Dakota) pitcher Cade Feeney scattered four hits over six innings, averaging a K an inning, and Luke Domres delivered the big hit – a three-run double in the first – en route to a convincing 9-1 win over Atlantic Shore (N.J.) in the first of two Babe Ruth Baseball semifinal games Wednesday at Bullens Field.
It was a rather routine first inning for Feeney, who was in control throughout.
Feeney retired two of the first three batters he faced, striking out two, including the clean-up hitter, and forcing a ground out. Anthony Santamaria had the lone hit for Atlantic Shore (N.J.). 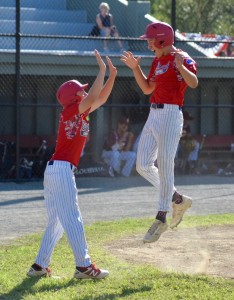 Bismarck unleashed an offensive barrage in the home half of the first to seize control.
Skylar Riedinger hit a lead-off single, Darin Nolz walked, and Cade Feeney singled to load the bases. Connor Hanson reached on an error, allowing Riedinger to cross home plate for the first Bismarck run. Domres (3-for-3) followed with a bases-clearing, three-run double to deep left center field, steering across three runs for a 4-0 lead.
If there was any question Feeney would relax on the mound, that question was answered quickly as the Bismarck pitcher forced the inning’s lead-off hitter into a ground out, and struck out the next two.
It was the offense’s turn in the third. Miller drove a ball to left field for an RBI single, and a 5-0 lead. It could have been much worse, but pitcher Alec Sachais escaped a bases-loaded jam with no outs. Sachais forced two groundouts and a fly out to end the threat.
“(The) runs in the first inning just helped me,” Feeney said. “Pitching was easy.”
Feeney maintained impressive command over the last several innings, and the team’s offense continued to pile up the runs.
Bismarck tacked on three more runs in the sixth, courtesy of a Hanson two-run single, and run-scoring error.
“I was just very happy today with our game play,” Feeney said. “It’s always awesome when your pitching and you know you got one of the best defenses in the nation behind you.”
Atlantic Shore managed a run late against the Bismarck bullpen, but it was too little too late.
Bismarck advances to play the winner of Tri-County (Maine)-Tri-Valley (California). The World Series championship will be played Thursday at 6 p.m. Tickets for the title game are free of charge.