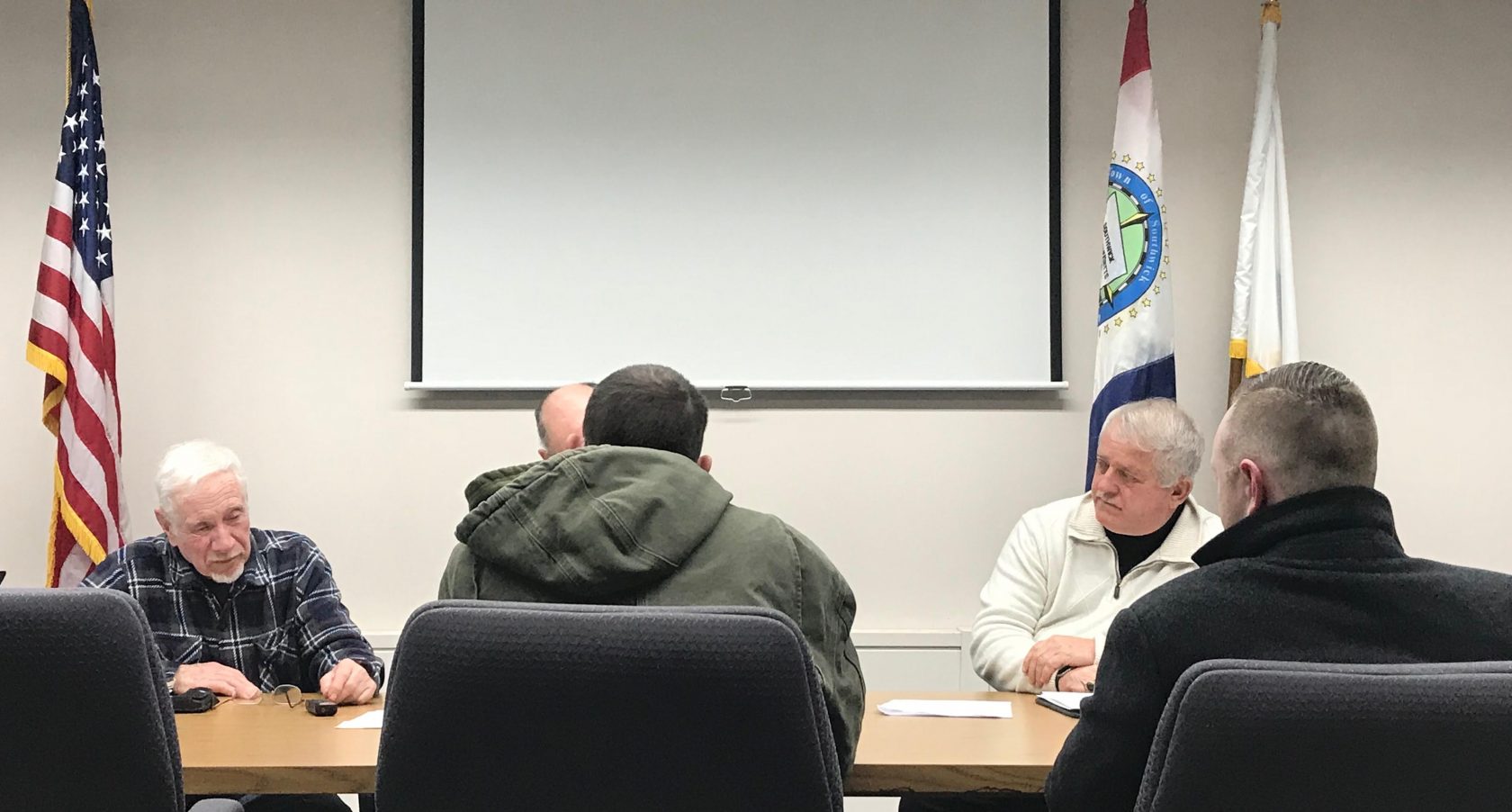 SOUTHWICK – The Zoning Board of Appeals held a continued public hearing on Monday night for an issue of a parked tractor trailer truck at 2 Klaus Anderson Rd. 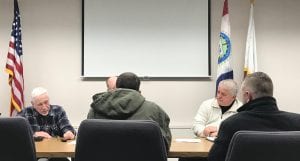 Nicolas Cannon (left, with back to camera) is seen alongside his attorney, Tim Macri, at the continued public hearing with the Zoning Board of Appeals Monday night in Town Hall. (Photo by Greg Fitzpatrick)

However, at the meeting on January 28, Cannon’s lawyer, Tim Macri, requested a continuance. During the continued public hearing on Monday, the Board of Appeals stuck with their previous decision and made a motion to accept Lawlor’s recommendation and deny Cannon’s request for an appeal.

According to Macri, the plan moving forward for his client is to appeal the Zoning Board’s decision and bring it to a higher court. Macri added that while he’s not certain, he said it could go to land court.

Select Board Chairman Joe Deedy was in attendance for the hearing and added that Macri could also put some sort of appeal together where town residents could vote at an annual town meeting or special town meeting.

“That option is available,” said Deedy.

“Where in the law does it say you can’t have a tractor trailer?” said Cannon. “To me, it’s hearsay.”