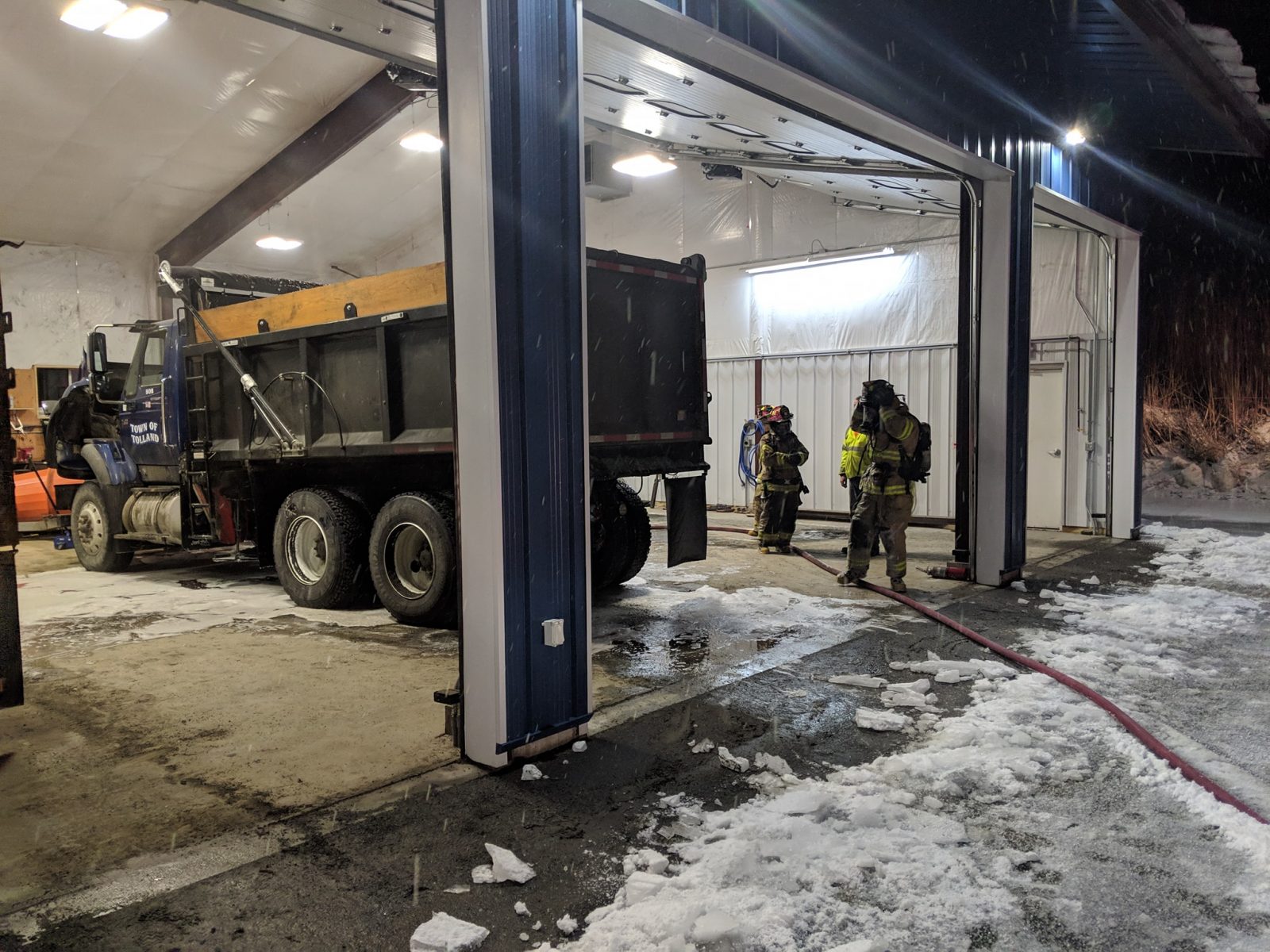 TOLLAND – At 2:30 a.m. Monday morning the Tolland Fire Department were dispatched to the DPW headquarters for a report of a smoke detector being activated.

Upon arriving at the scene, crews found an audible alarm sound and discovered that one of the plow trucks in the DPW garage had a fire occurring in the battery compartment and extending into the entire vehicle. 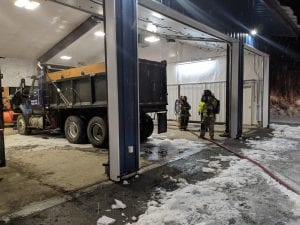 According to Tolland Deputy Fire Chief Jeff LaCasse, the fire extended into the wires and was heating up pretty good. Firefighters were then able to move the truck out of the garage and extinguish the fire.

Neither the garage nor anything in it received any damage. The truck suffered battery and wiring damage but expected to be repairable.

LaCasse attributes the minor damage to the monitored security system that is attached to the smoke detectors at the DPW which goes right to dispatch to alert them.

“The big thing this time around was the smoke detectors,” said LaCasse.

A November of 2016 fire destroyed the DPW building at an estimated total cost to the town of nearly $2 million.

After the 2016 fire a new DPW building was built that included a monitored security system. LaCasse was pleased that the new security system worked as it was designed and minimized the damage on Monday morning.

“This is why it’s done,” said LaCasse. “One time it works and it pays for itself.”