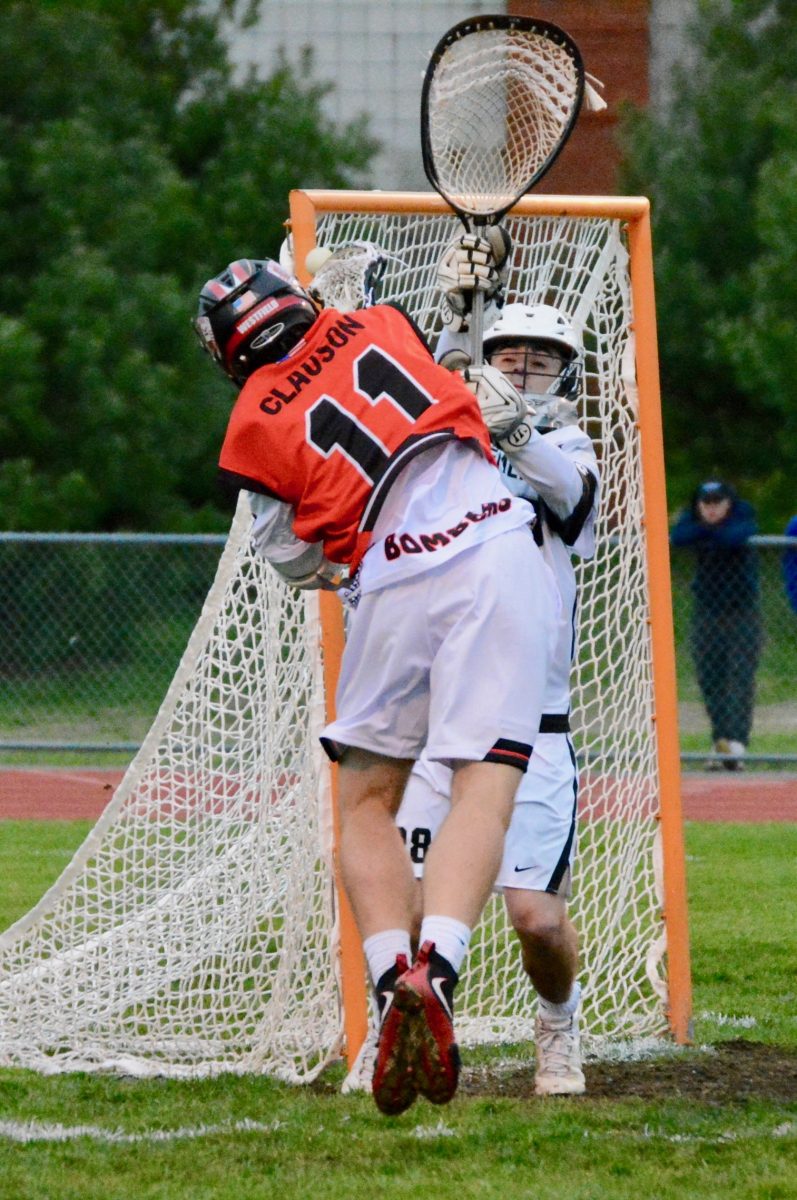 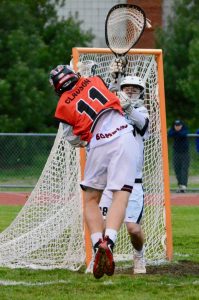 LONGMEADOW – For the first seven minutes of Tuesday night’s high school boys lacrosse game, the Westfield Bombers dominated Longmeadow, shutting out the Lancers 3-0.
For the entirety of the first half, Westfield went toe-to-toe with Longmeadow and trailed at the half just 5-3.
Unfortunately, that was just half the story.
After falling behind by three goals, the Lancers scored 13 of the game’s final 14 goals to defeat the Bombers 13-4 Tuesday evening at Longmeadow High School.
Cam Theriault got things started for Westfield, scoring the game’s first two goals in the first three minutes of the opening quarter. A goal from Danny Antonellis with 5:07 remaining in the quarter made it 3-0. Christian Nalepinski assisted.
“I thought we were really aggressive offensively and our defense … played strong,” Westfield High School boys lacrosse head coach Mark Cavallon said.
Longmeadow came alive in the second quarter with goals from four different players. The Lancers led 5-3.
Longmeadow continued its run in the third quarter, scoring five more goals while shutting down Westfield’s offense with a stifling defensive effort. The Lancers completed its 13-0 run with four more scores.
Antonellis stopped the streak with a goal in the closing minutes.
“They always go on a run at some point,” coach Cavallon said of Longmeadow. “On a simple pass thats a little bit off, they will intercept the pass or knock it down, and they’re always great in transition. They’re tough to stop.”
Carter Hanrahan and Mark McClure scored three goals apiece to lead the Longmeadow attack. Seven others each scored one.
Westfield, which fell to 7-7 with the loss, must win two of its final three games to earn a spot in the postseason.