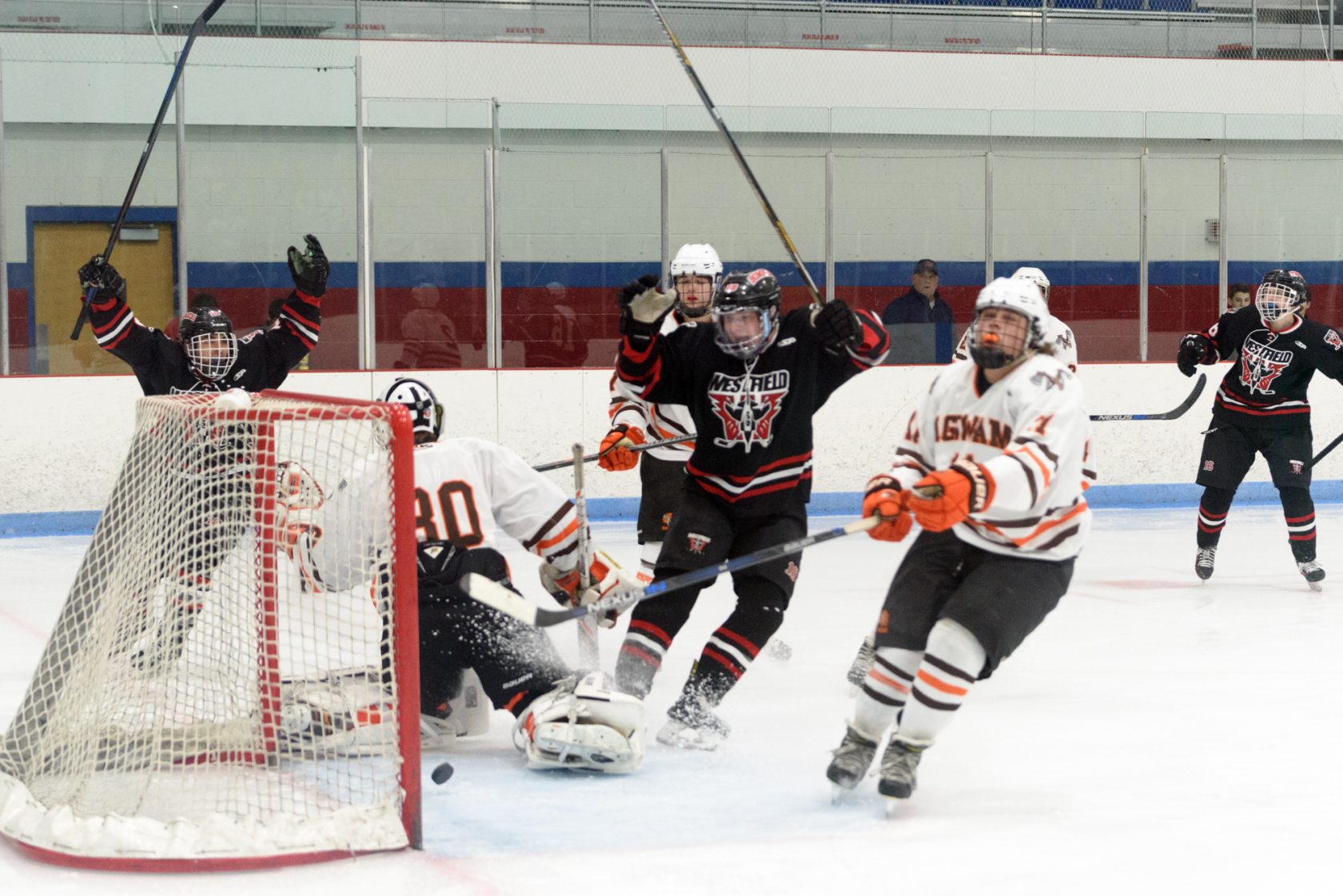 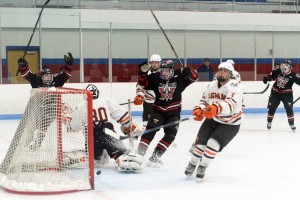 Westfield celebrates a goal from Max Bengston Thursday night against Agawam at the Olympia Ice Center in West Springfield. (Photo by Chris Putz)

BOYS’ BASKETBALL
Cybercats stave off Bombers
Sci-Tech 57, Westfield 56
Sci-Tech held off a furious rally from Westfield to escape with a narrow victory in Springfield. The Bombers outscored the Cybercats 43-26 in the second half.
Javi Santos (14 points) and Gabe Piepergerdes (13) led Westfield in the scoring column.
Four players scored in double digits for Sci-Tech, including Mark Williams, who netted a game-high 15.

FIRST SKI PUSHED BACK: Due to Thursday’s unseasonably warm temperatures and rainy conditions, the first Pioneer Valley Interscholastic Athletic Conference ski race of the season was postponed at Berkshire East in Charlemont. The race was moved to an open date (Jan. 24). The teams will now open up on the slopes Jan. 17 at 5 p.m.