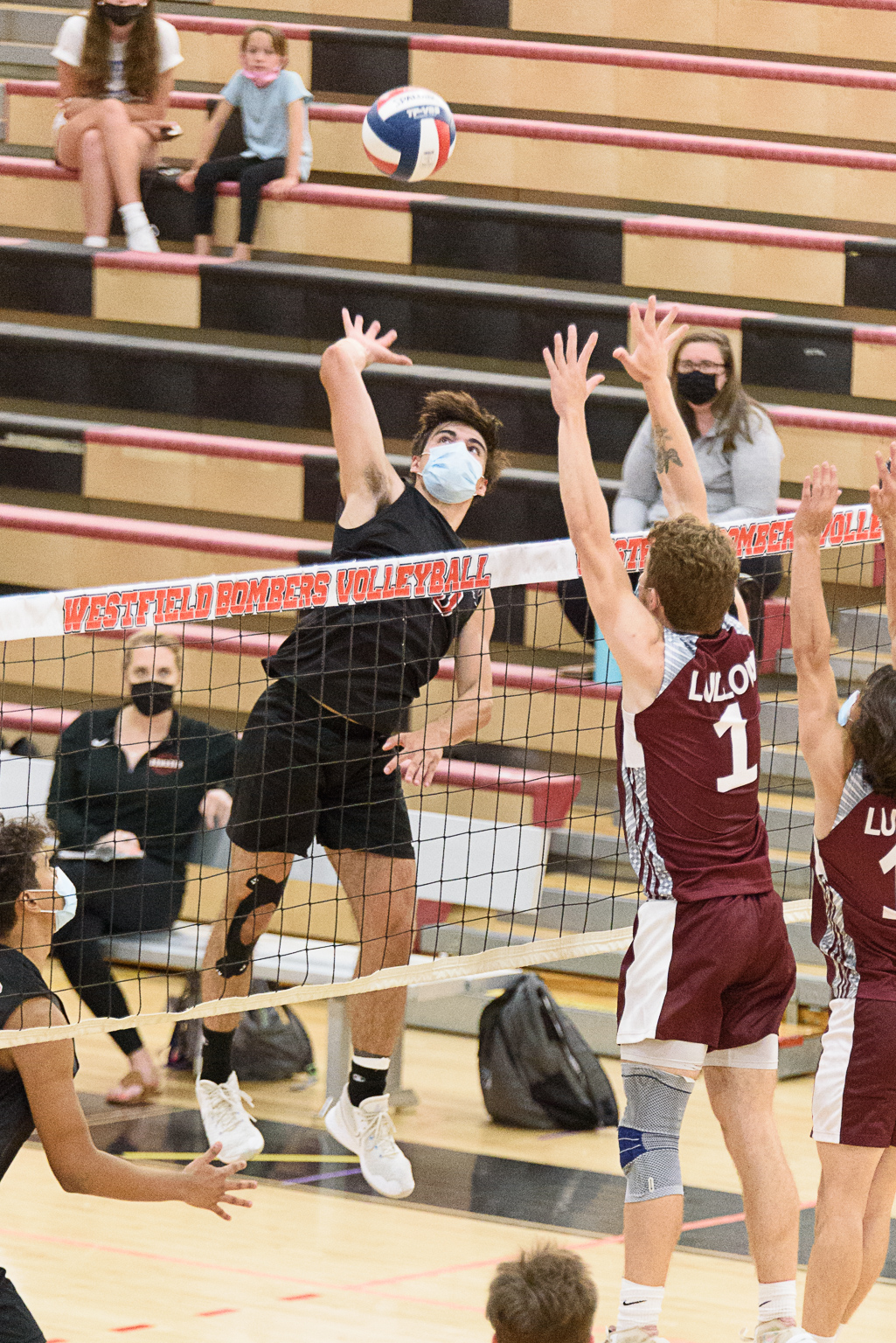 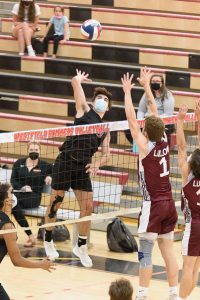 UPDATED 6/26
WESTFIELD – Covid may have won in 2020, but it is now apparent that the Westfield High School boys volleyball team owns 2021.
No. 2 Westfield won its sixth straight Western Massachusetts title with a win over 13th seeded Ludlow in the West Boys Volleyball championship Friday night at home, 22-25, 25-16, 25-14, 25-20.
“It means a lot coming off of a year gap,” said Westfield’s Vitaliy Samoylenko, who finished with 14 kills, eight digs and four aces. “This whole ride has just been so much fun.”
Ludlow (7-8), which made a surprising run through the tournament, posted a stunning victory in the first set against Westfield (15-1). While the Bombers easily could have been shaken, they approached the next set with a renewed focus.
“We would get a hard swing and somehow it would just find its way back over,” Samoylenko said.
Westfield raced out to a 4-0 lead in the second set, landing several kills and receiving three straight aces from Brandon Kingsley for the 22nd, 23rd, and 24th points before rolling to a nine-point margin-of-victory. Kingsley finished with four aces.
Both teams were tied several times early in the third set, but Westfield soon pulled away. The fourth set was much closer and was even tied at 17-all before the Bombers took the lead for good.
Westfield’s Nick Maslar and Cole Davignon finished with 15 and 10 kills, respectively. Bombers’ Aiden Quarterley had a nice all-around effort with 39 assists, six digs, and two blocks.
Mike Collins (2.5 blocks), and Alex Robitaille (5 digs) also contributed for Westfield.
“You throw everything out of the window – – this experience thing, we’ve done it before – – because this is a new group,” Westfield High School boys volleyball coach Tyler Wingate said. “This group hasn’t experienced the battles over the years. We lost a season so you factor that in. …They kept coming up with pretty good performances. After a tough start, we settled in and played a little bit more like we thought we would.” 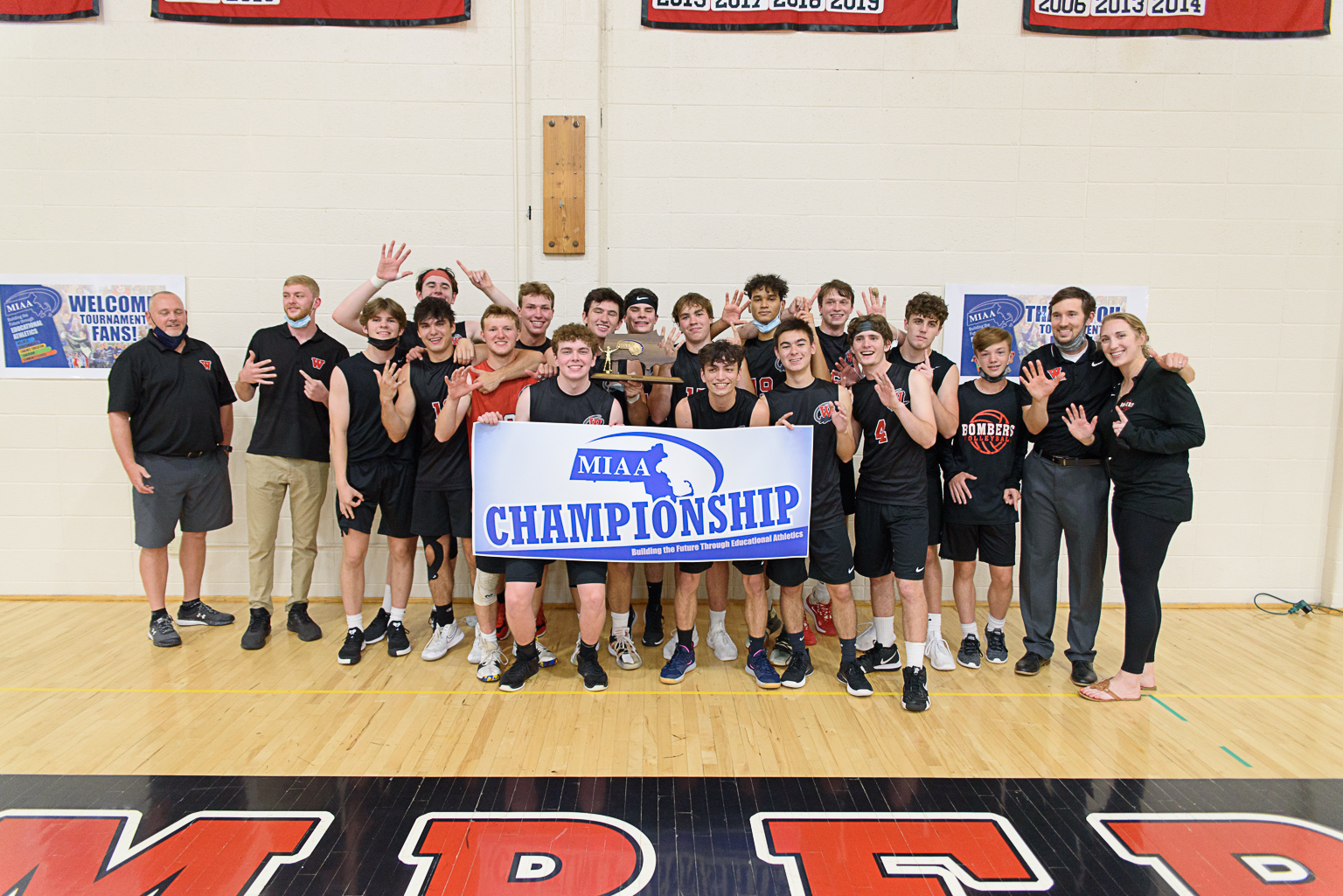