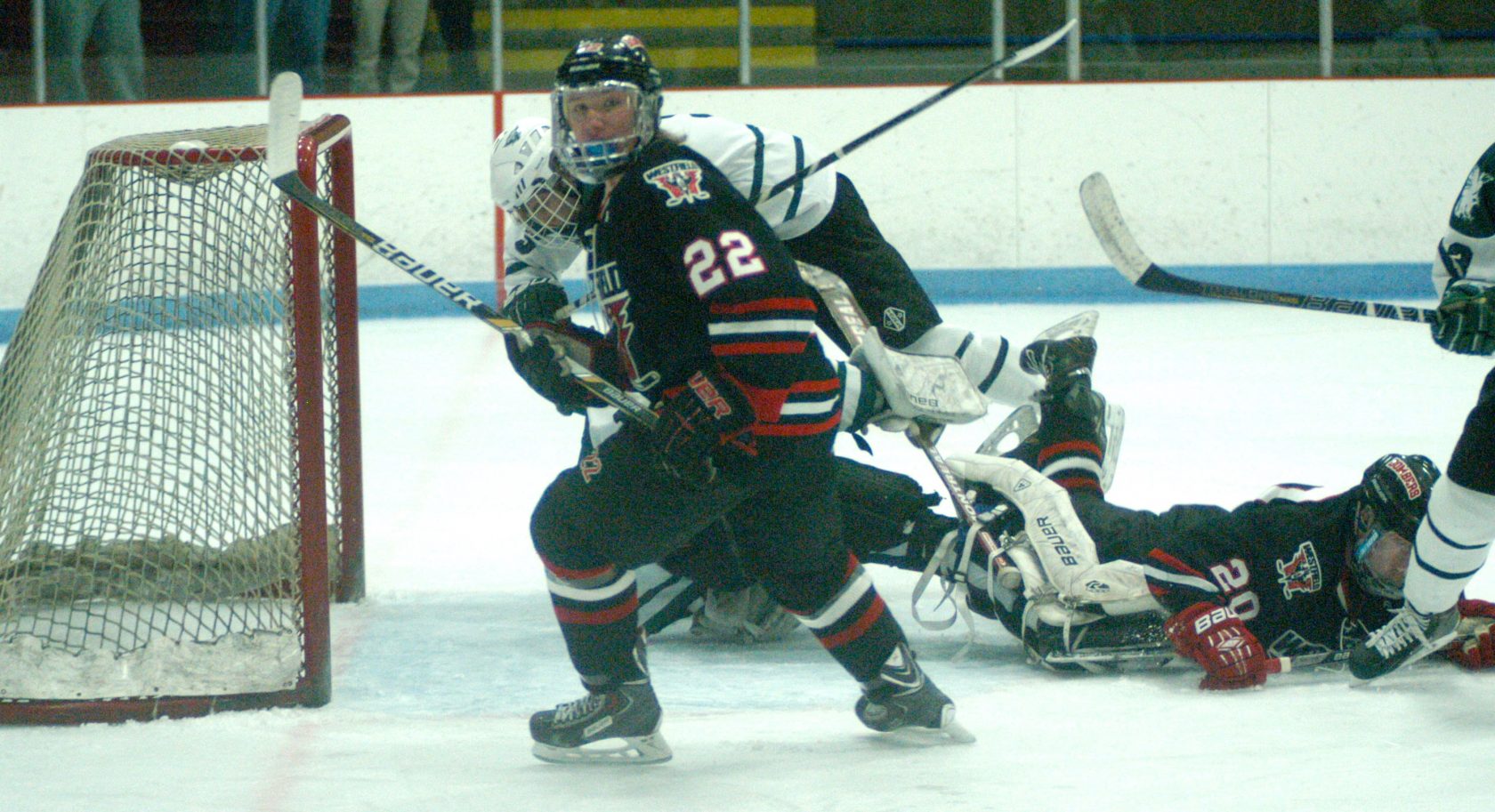 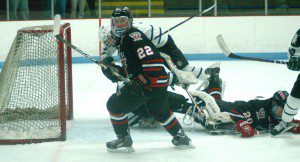 Westfield’s Zachary Jarvis (22) looks on out in front of the Minnechaug goal just moments before the Bombers slipped a shot into the net. (Photo by Chris Putz)

WEST SPRINGFIELD – Another day, another routine victory for the Westfield High School boys’ ice hockey team.
It was a ho-hum effort for Westfield, who easily seized control against Minnechaug Thursday night, and cruised to a 7-3 win at the Olympia Ice Center in West Springfield.
Westfield built a 5-0 lead against Minnechaug before settling in. Connor Sullivan and Zach Jarvis led the Bombers with two goals apiece.
Although Westfield coach C.B. “Moose” Matthews was happy with the victory, he was not satisfied with what he deemed a lackluster effort.
Such is the life when you’re a defending champ.
Westfield will seek to sharpen its skills as the run to another championship begins to heat up. The Bombers return to the ice Friday against West Springfield at the Olympia, beginning at 7 p.m.