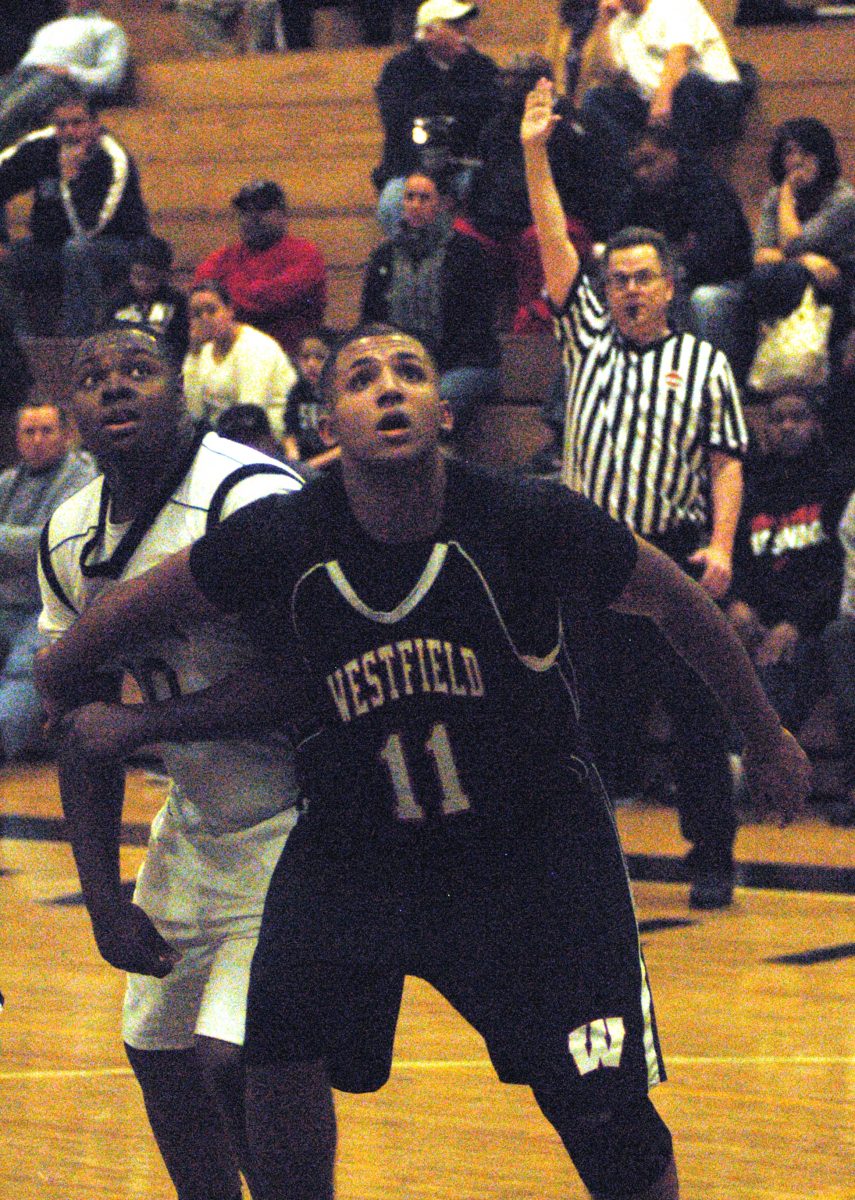 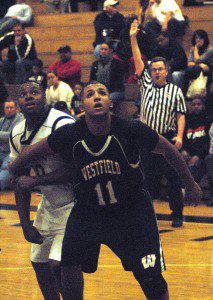 SPRINGFIELD – The Westfield High School boys’ basketball team bounced back from a tough loss with a big road victory.
Westfield senior forward Devin Wells recorded another double-double (20 points, 13 rebounds), D.J. Florek had nine points and nine blocks, and Isiah Headley chipped in nine points before suffering an injury late as Westfield improved to 2-1 with a 56-48 win over host Central High on Thursday night.
The Bombers (2-1) were coming off a heartbreaking 59-57 loss to Malden, which hit a putback at the buzzer last Saturday at Westfield State University. Wells had 12 points and 17 rebounds in that game, and also received solid contributions from Kyle Murphy (10 points), Headley (11), and first-year senior Justin Hebert, who scored six points in the second half.
Westfield outscored Central 21-9 in the third quarter to take a commanding 45-31 lead into the fourth quarter. The Bombers led by just two at the half, 24-22.
Central closed the gap again late, pulling to within 52-48. The Golden Eagles had a chance to make it a one possession game in the final half minute, but Kamari Robinson turned the ball over on a drive to the hoop. Wells came up with the ball, and was fouled with 14 seconds remaining. He made both free throws to ice the game.
“(Wells) was what we needed him to be,” said Westfield coach Bill Daley, who also noted Florek’s defensive presence, as well as the contributions all across the board.
Casey Willey, Connor Sas, Rob Sullivan, Drew Kerr, and Kyle Murphy, who provided a huge spark off the bench, each contributed to the victory, Daley said.