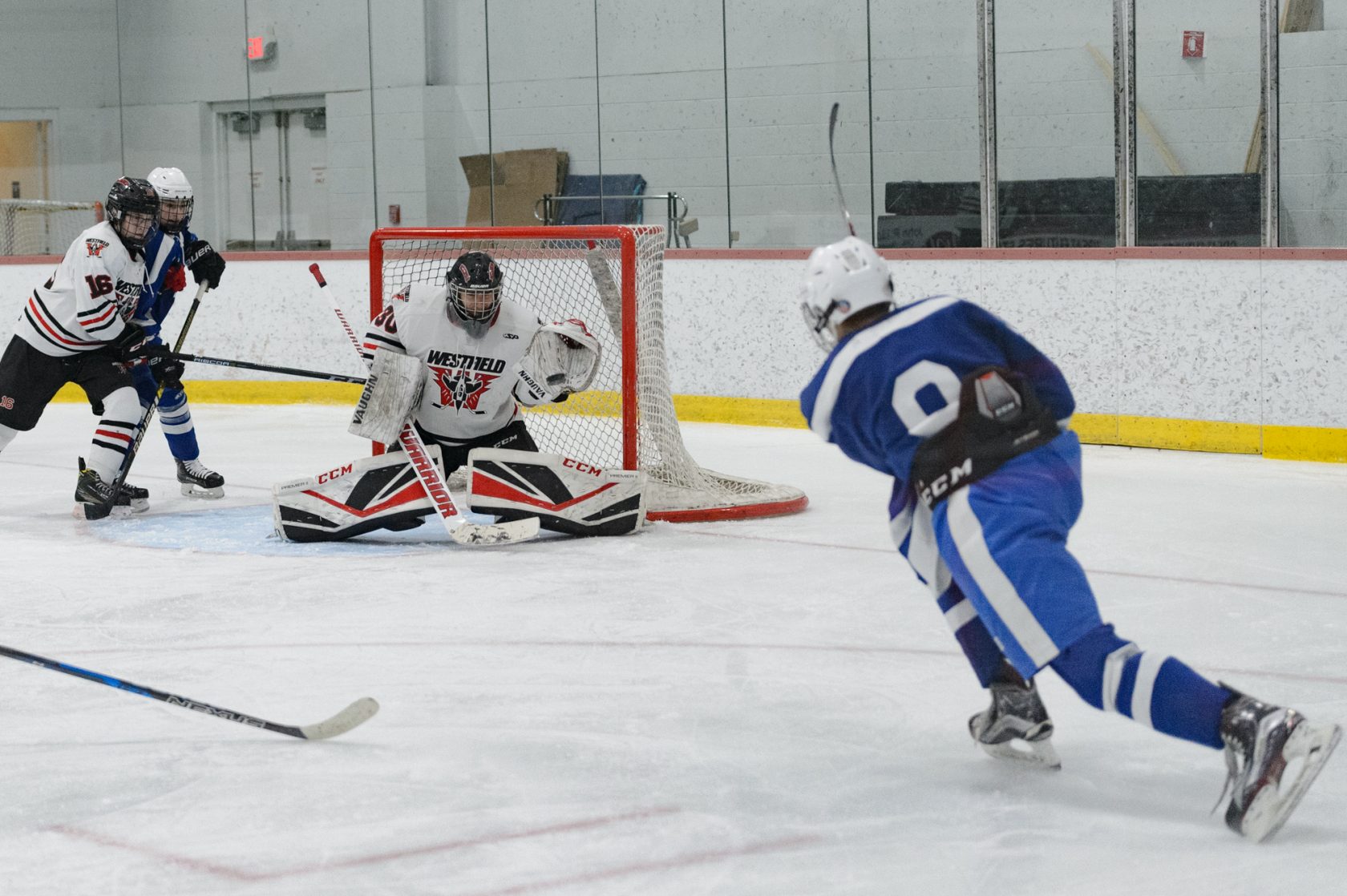 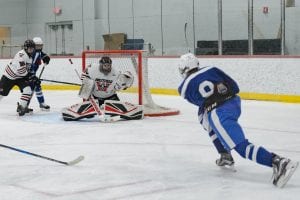 Westfield goalie C.J. Czarnecki is all concentration as he looks the puck into his glove for a save against West Springfield Wednesday night at Amelia Park Ice Arena. (Photo by Chris Putz)

WESTFIELD – The Westfield High School boys ice hockey team cooked up something good at home Wednesday night – a 4-1 win over West Springfield at Amelia Park Ice Arena.
Four different Westfield players scored one goal apiece – Aidan Fitzgerald, Scotty Bussell, Matt Bacon, and Liam Webster.
Fitzgerald and Bussell each slipped a goal past West Springfield goalie Casey Bridges in the second period to give the Bombers a 2-1 lead, heading into the second intermission.
Westfield tacked on two more goals early in the third period after Bacon and Webster each found the back of the net to take a commanding 4-1 lead.
Both teams played a scoreless first quarter.
Westfield will look to extend its good fortune when the Bombers return to action Saturday on “Senior Night” at Amelia Park at 5 p.m.