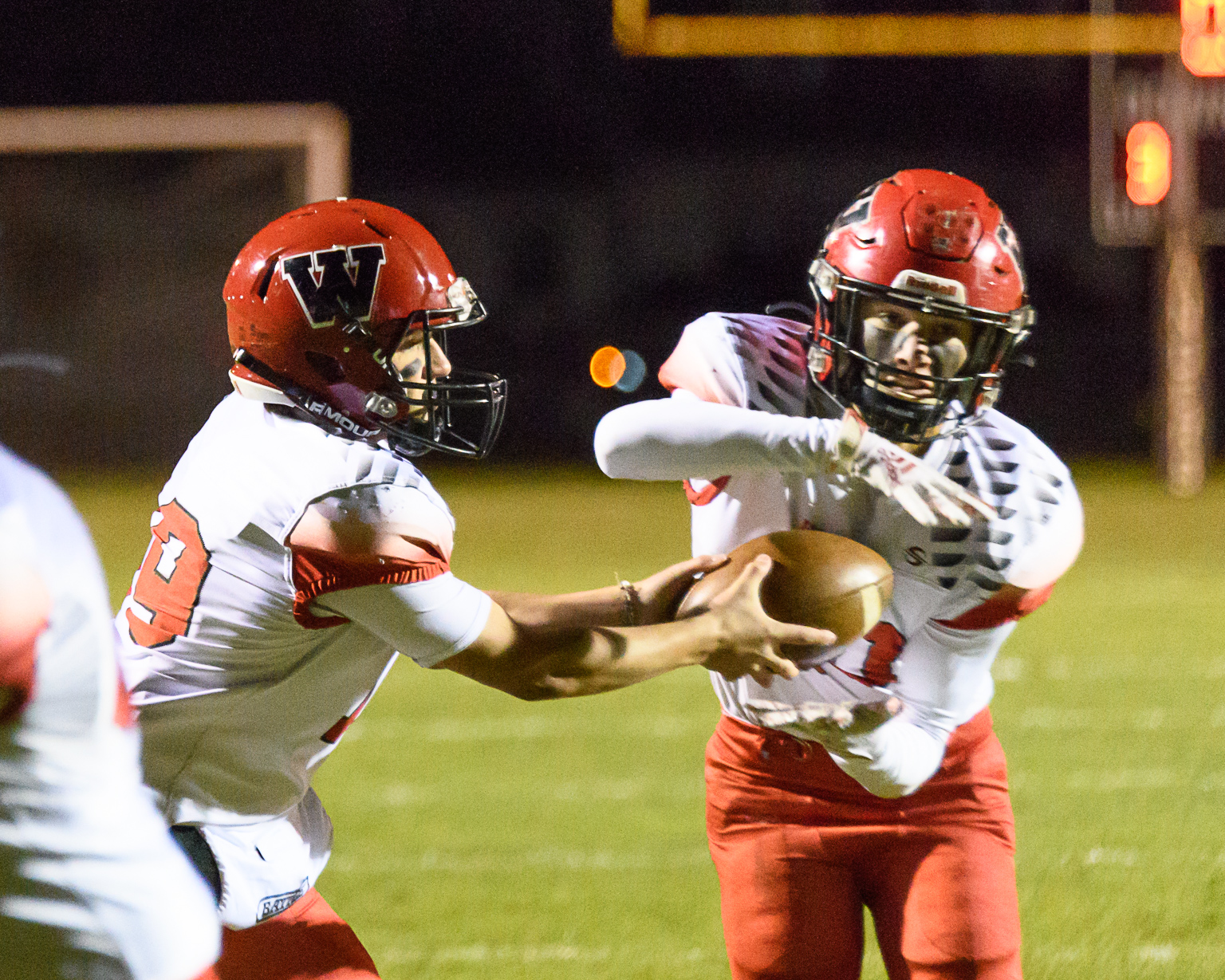 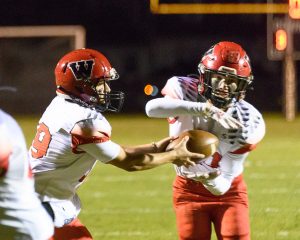 WESTFIELD – It is abundantly clear after seven regular season contests who the number one high school football team in Western Massachusetts is (not named Central) – – the Westfield Bombers.
Westfield completed a nearly perfect regular season, escaping Longmeadow with a narrow 13-6 win Friday night on the season’s final weekend.
Westfield entered its final contest as the second-ranked team in Division 3, behind only undefeated Marblehead (8-0), which enjoyed a 34-0 shutout of Danvers Friday night.
Westfield’s defense forced three turnovers and senior running back Ryan Cimini scored on two short touchdown runs. The Bombers (6-1) have now outscored their opponents 184-40. Outside of Central, they have allowed just two offensive scores.
Westfield set the tone in the first quarter.
Westfield defensive back Michael Collins intercepted a Longmeadow pass on the third play of the game, setting up his team with the ball near midfield. The Bombers moved the ball 46 yards in 10 plays, scoring on a two-yard scamper from Cimini with 5:49 remaining in the quarter.
On the ensuing drive, Longmeadow drove deep into the red zone but fumbled on the 2-yard line. Westfield took over but could not create much breathing room, giving the ball back to the Lancers on a short punt.
Longmeadow began its next drive on the Westfield 42-yard line and took advantage of a short field, punching the ball in on a one-yard touchdown run from Harry Stratton with 7:02 left in the half. The extra point was blocked, allowing the Bombers to retain a slim one-point lead, 7-6.
Westfield closed out the half with a long drive, moving the ball 50 yards in 15 plays before attempting a 37-yard field goal to end the half. The kick was wide.
Westfield opened the second half with the ball but stalled out on two consecutive drives. The Bombers recovered a fumbled kickoff return though, and made Longmeadow pay.
Westfield recovered the special teams turnover at the Longmeadow 27-yard line. Eight plays later, Cimini plunged into the end zone from 1-yard out to give the Bombers a 13-6 lead. The two-point attempt failed, allowing the opposition to hang around.
Westfield’s defense took over in the fourth quarter. The bend-but-don’t-break mentality held true to form as Longmeadow drove all the way to the Bombers’ 30 yard line but stopped there. The Lancers’ final drive also ended with futility.