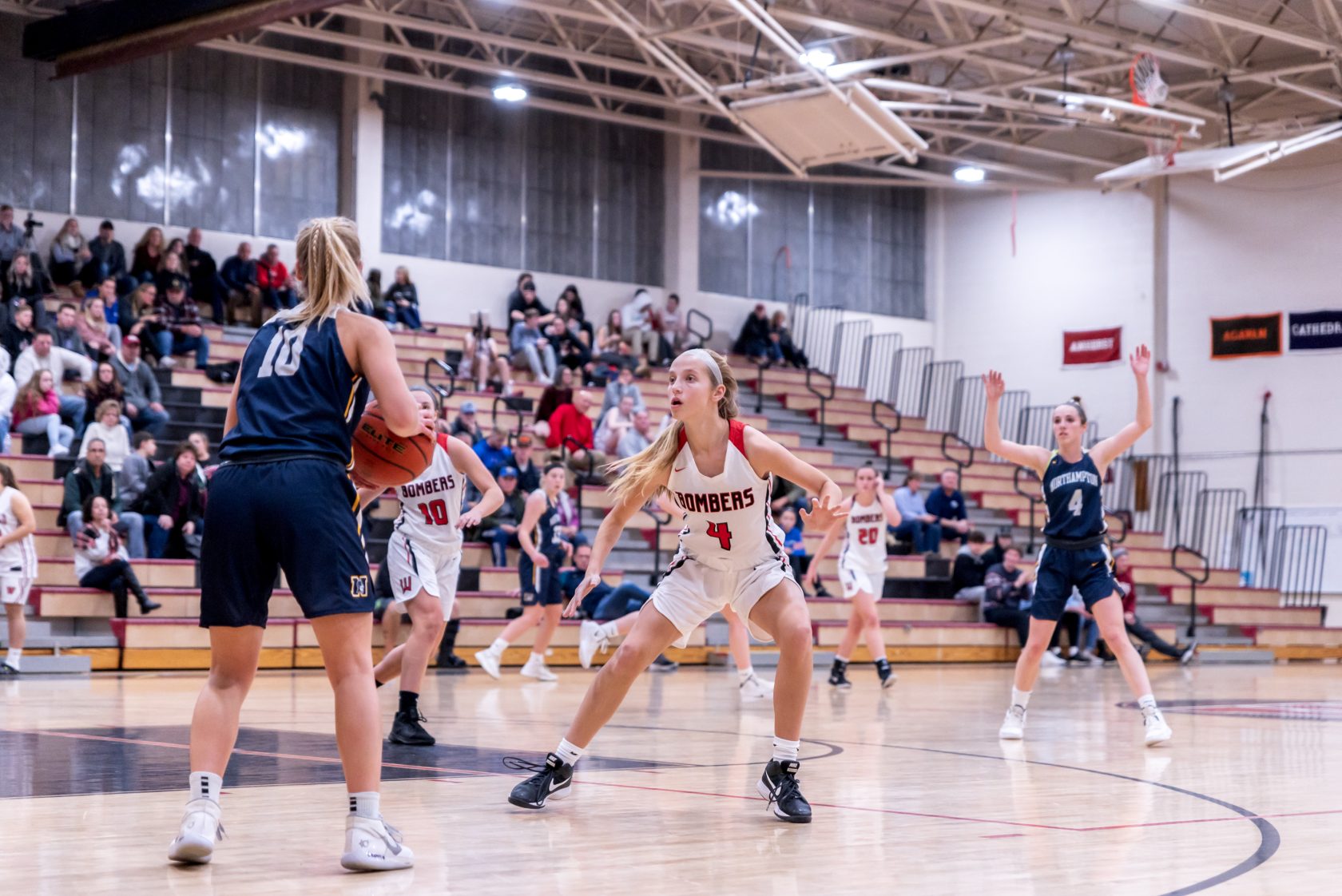 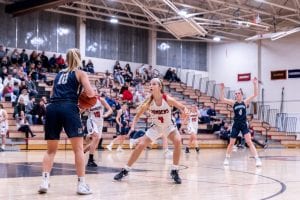 WESTFIELD – Christmas figured to be quite the merry experience for several Westfield Bombers.
The Westfield High School girls basketball team improved to an impressive 4-0 with a gritty 28-27 win over visiting Northampton Monday night.
Westfield enjoyed a lead for a large portion of the game, and survived a 12-2 run by Northampton to close out the final quarter.
“We were able to build a big enough lead by halftime to withstand their second half punch,” Westfield girls basketball coach Dylan Willey said. “We were able to make enough plays down the stretch to really close it out in the last minute.”
Westfield’s bench delivered several key minutes, also contributing in the second quarter when the Bombers held the Northampton Blue Devils to just two points.
“They really locked in on the defensive end,” coach Willey said. “It was just really a hard-fought rock fight.”
Northampton’s Amanda Mieczkowski made Westfield guard Olivia Hadla’s job of running the offense difficult as the Blue Devils ran a fullcourt press. Mieczkowski finished with nine points. Her teammate, Jill McGrath had 13.
Westfield countered with offensive leaders Kaela Mochak (9 points) and Chandler Pedolzky (8)
“It wasn’t pretty but you find ways to win close games,” Willey said. “Maybe that’s due to our experience, or our will to win, or a new energy. It was just a great job all-around. It was fun to battle such a great program in Northampton. I’m super happy to pull this one out and survive.”

Rams post win
Southwick 53, Smith Academy 42
Josh Lis scored 16 points and Nick Michael had 14 to help Southwick (1-2) halt a two-game slide to begin the 2019-20 regular season.
“We played pretty good,” said Southwick boys basketball head coach Peter Fiorentino, whose team held Smith Academy to just one point in the second quarter. It was the first time the Rams reached double digits in the scoring column in every quarter of the game. “That was encouraging.”

Sat., Dec. 21
BOYS ICE HOCKEY
Jubb propels Rams
Southwick 2, Easthampton 1
Noah Jubb had a hand in both scores, scoring one goal and assisting on another in leading Southwick to victory Saturday. Paul Whalley scored a goal, and Bryce Russ had an assist.
“The kids played great,” Southwick boys ice hockey head coach Chris D’Angelo said. “They really put the pressure on Easthampton at times, and when they did they actually controlled the pace of game and really kept it in their end quite a bit. …It is nice to see my players are being very inventive with ways to move the puck and actually making some great passes and dong things like that.”

BOYS BASKETBALL
Lis paces Rams
Swampscott 66, Southwick 44
Three players scored in double digits – Cam O’Brien led the way with 16 – to pace Swampscott. Josh Lis finished with eight points for Southwick. Rams’ Liam Billings and Evan Clark each had seven.
Southwick led 17-16 after the first quarter, but fell behind after scoring just one point in the second quarter and six in the third.
“That pretty much sealed the deal there in the game,” Southwick coach Peter Fiorentino said, referring to the team’s scoring drought. “We fought back in the fourth quarter. That’s at least one of the positives.”