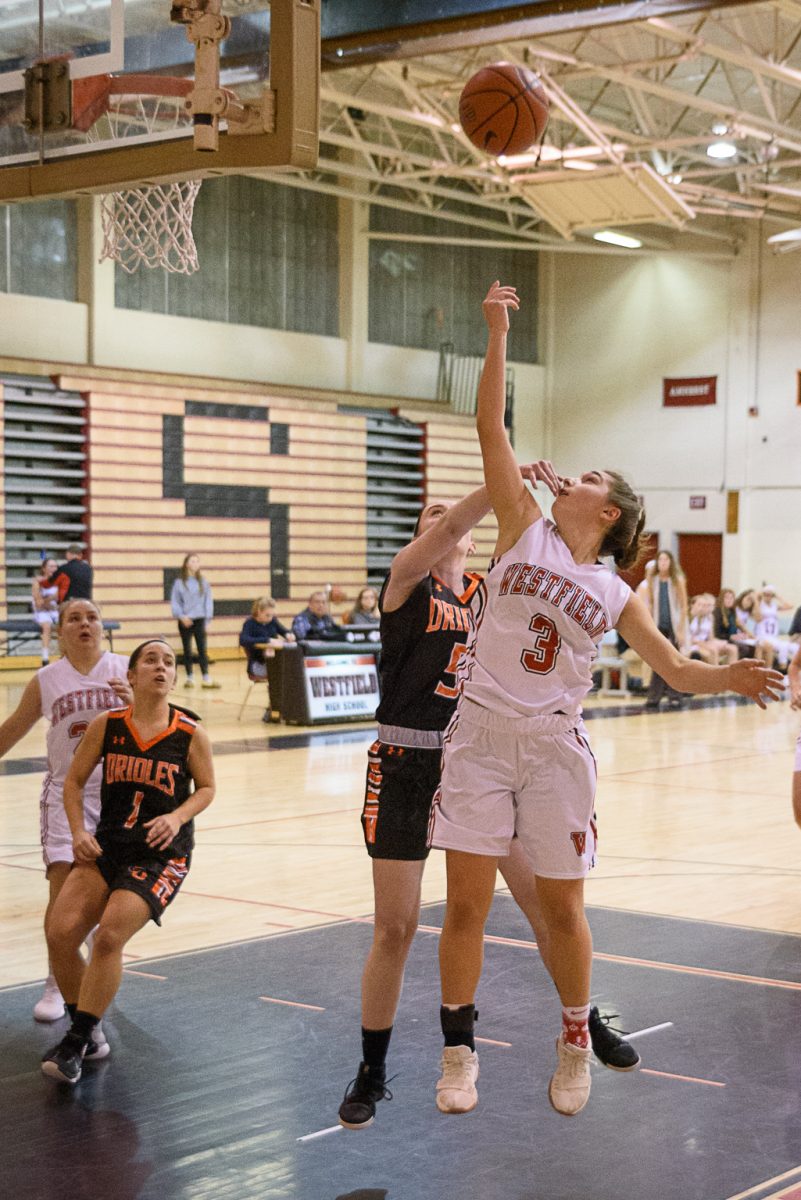 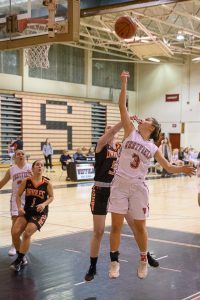 Westfield’s Olivia Hadla gets some air time as she tries for a basket Tuesday against visiting Belchertown. (Photo by Marc St. Onge)

WESTFIELD – Now the season can officially begin for the Westfield High School girls basketball team.
Westfield rebounded from a tough opening night loss to Agawam with a solid 50-40 win over visiting Belchertown to even their early season record at 1-1.
“We’re really young,” Westfield first-year head coach Cyndi Fillion said, “but we’re excited to play.”
Olivia Hadla and Kaela Mochak dominated the pace of play for Westfield. Hadla led all scorers with 15 points, and Mochak controlled the boards with several rebounds.
Westfield will look to build off the momentum of their victory. The Bombers next travel to Palmer to take on the Panthers Monday at 7 p.m.