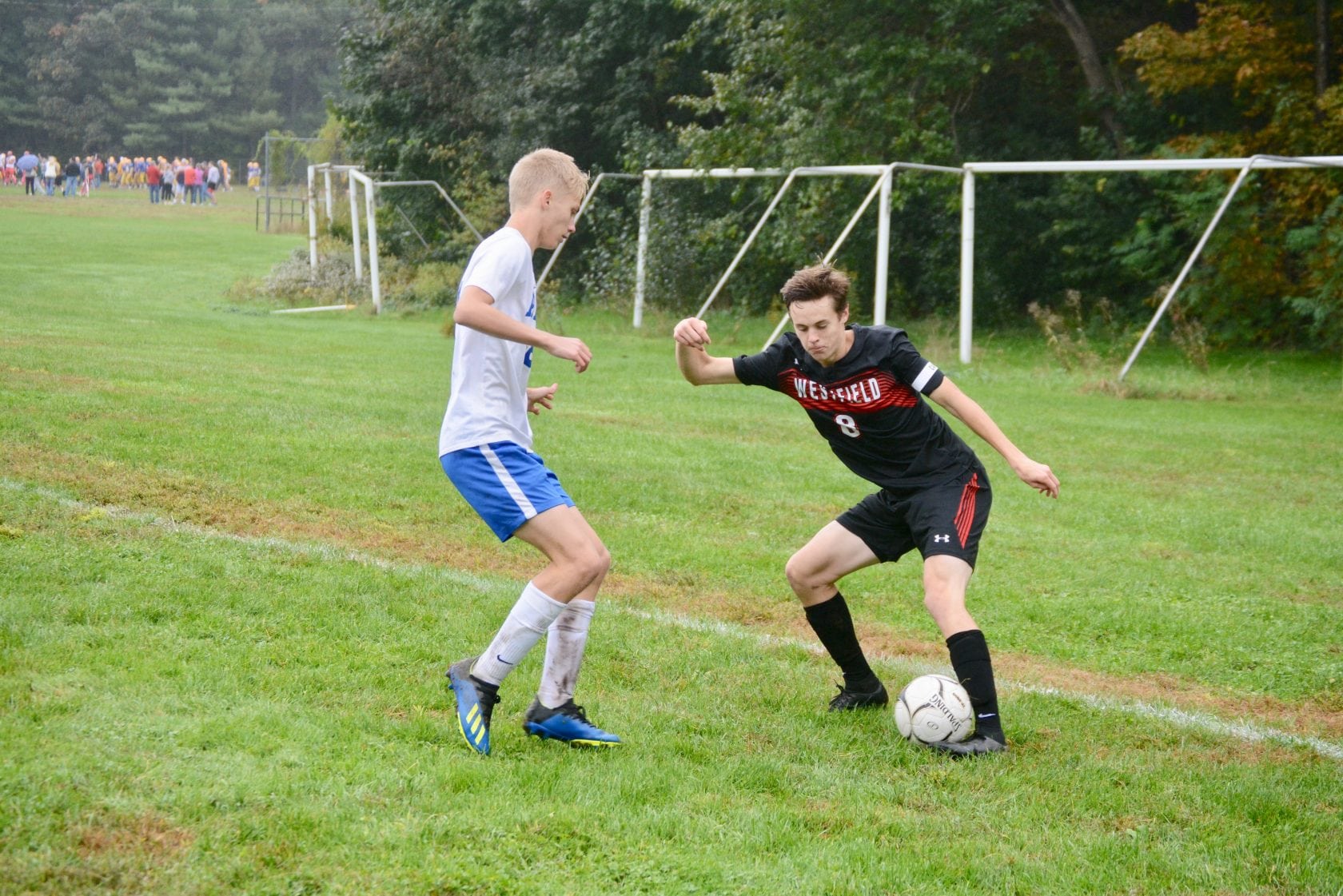 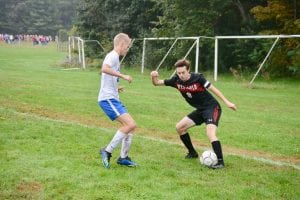 Westfield’s Jimmy Hagan (8), right, angles to make a move against Palmer Monday in the Whip City. (Photo by Chris Putz)

WESTFIELD – It has been an uphill battle this season for the Westfield High School boys soccer team, but lately it has been a steady climb.
Westfield put together a nice all-around effort with four different players scoring goals against Palmer in Monday’s 4-0 victory.
“We were really happy with the performance,” Westfield coach Andrew Joseph said. “This has been a trend lately with how we’ve been playing. It’s been good to see the guys put everything together, and put together a big win. …We’re happy the guys are starting to click.”
Jimmy Hagan struck for the first Westfield goal about seven minutes into the game. Mark Botim assisted.
Hagan also set up the second goal with just over 10 minutes remaining in the first half, a Jack Fortier header in traffic for a 2-0 lead. Westfield took a 3-0 lead just seconds before the break with a score from Achut Budathoki off a cross from Nichita Solopa.
Westfield tacked on some more insurance with a late score from Mike Grochowski.
Westfield goalie Mike Lurgio earned a shutout with six saves against Palmer (6-3-2). Lurgio made a huge save off a free kick.
With the win, Westfield improved to 4-7. The Bombers next take aim at Minnechaug (7-3) and Longmeadow (8-0).
“Hopefully we can keep move forward and keep improving,” coach Joseph said.