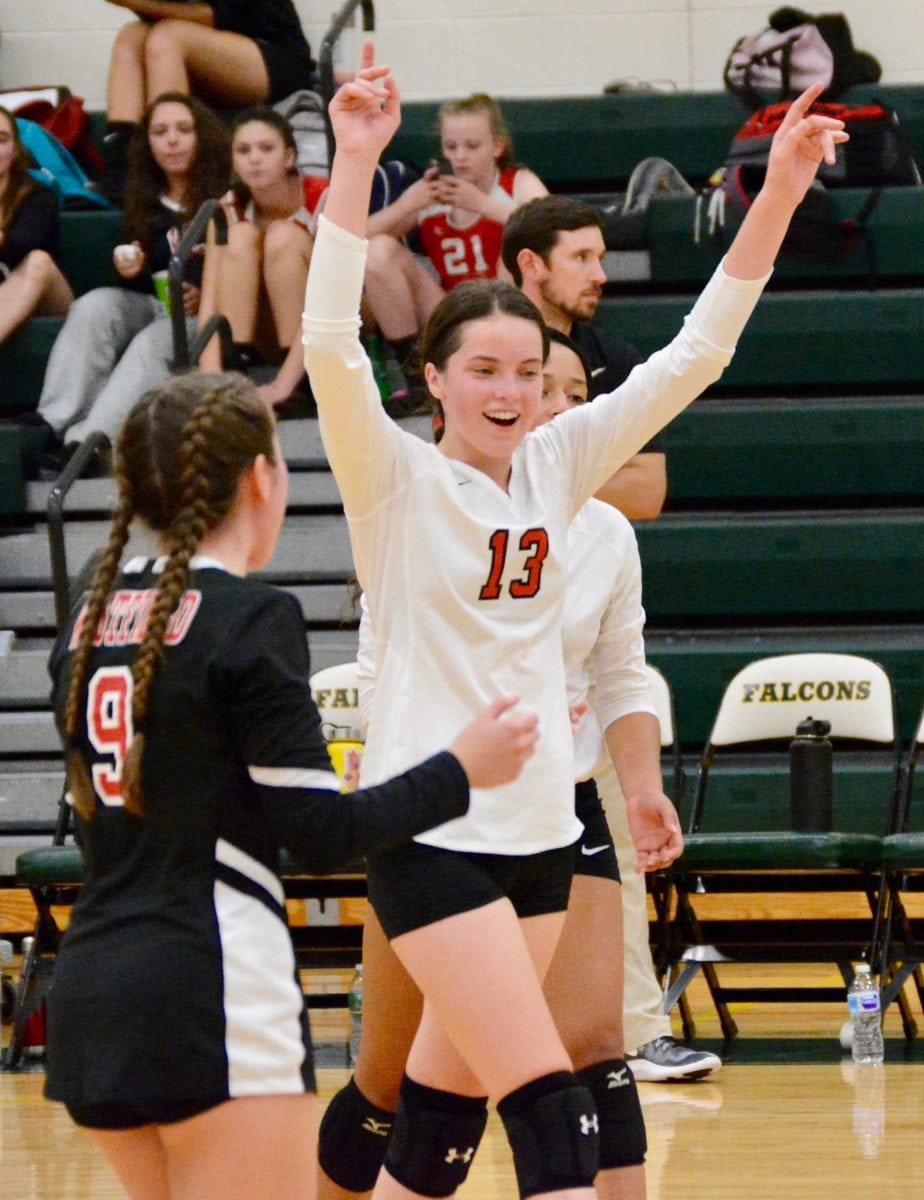 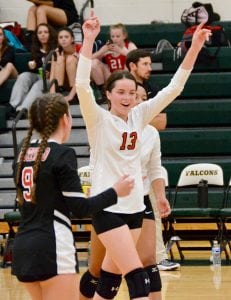 MINNECHAUG – There is a new player in town.
In fact, there are several of them as witnessed by the Westfield High School girls soccer team’s latest victory, a key win in an early showdown on the road at Minnechaug Regional.
Westfield outlasted Minnechaug 25-23, 23-25, 25-22, 25-22 in Tuesday night’s independent match. 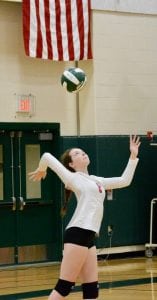 Westfield’s Brigid Moriarty (8) serves one up. (Photo by Chris Putz)

“I think we competed really well tonight and were able to get the job done,” Westfield coach Tyler Wingate said. “We left some opportunities out there but we showed some toughness in a match against a quality team.”
Brigid Moriarty delivered 27 assists, Tetyana Shvyryd contributed nine kills and 11 digs, Tori Hosmer smashed seven kills, Steph Sgueglia landed 10 digs and two aces, Irelis Rodriguez had nine kills and five digs, and Madison Robitaille finished with seven kills and one ace.
With the win, Westfield improved to 4-1 overall, 2-0 Western League.
“We can feel good about the work we’ve put in to date but I know we must continue to work in areas to get better,” coach Wingate said.
Westfield will continue its 2018 campaign Thursday at home against Longmeadow at 6:15 p.m.