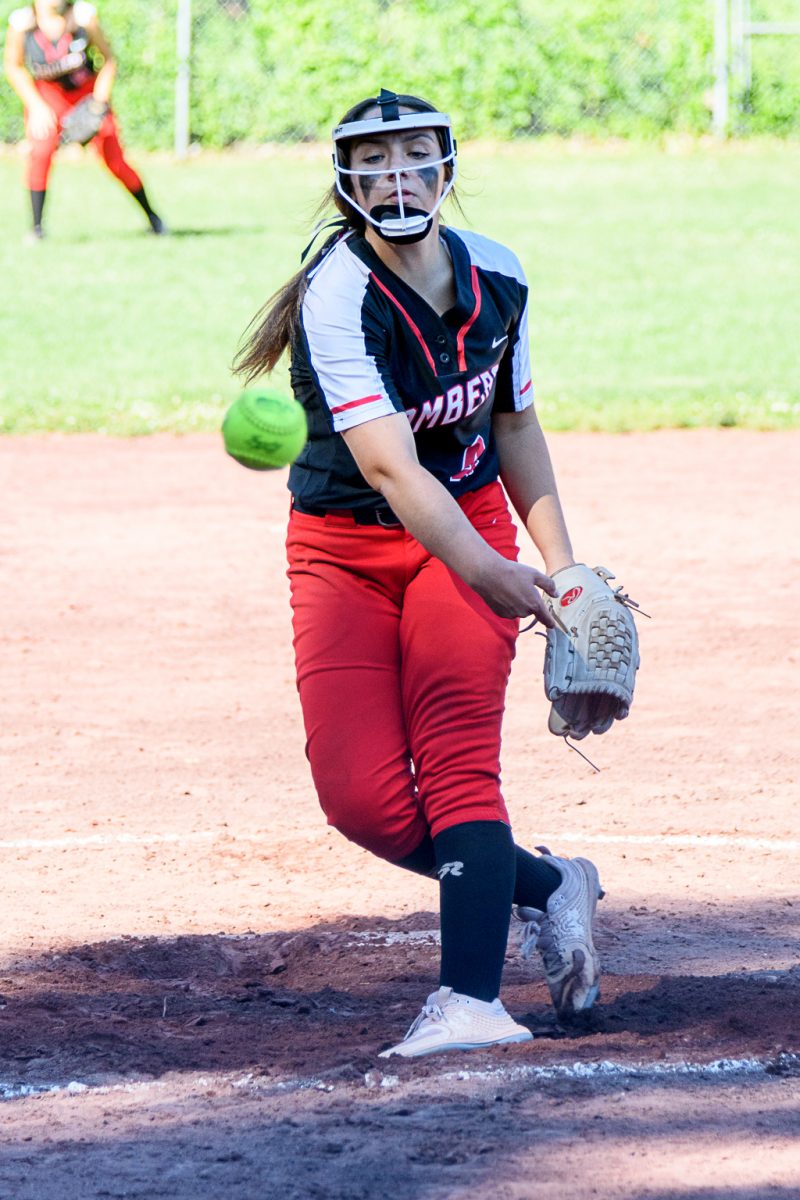 WESTFIELD – Westfield High School will be the site of not one, but two, Western Massachusetts championships on Friday.
Westfield High softball starting pitcher Erin Gour allowed just two runs, Kenzie Raymond blasted a three-run home run, and the third-seeded Bombers defeated the No. 7 Agawam Brownies, 6-2, Wednesday, at Westfield High School. They advance to play No. 4 Pittsfield (10-4) in the Division 1 softball finals Friday at home at 5 p.m.
Also, Wednesday, No. 2 Westfield (14-1) turned back third-seeded Chicopee Comp (10-2) in four sets of a boys volleyball semifinal, 25-20, 23-25, 25-15, 25-19. The Bombers move on to face the 13th seeded Ludlow Lions (7-7) in the West Championship Friday at WHS at 7 p.m.

D1 SOFTBALL SEMIFINALS
No. 3 Westfield 6, No. 7 Agawam 2
Agawam (8-7) took the game’s first lead in the top of the first inning. Sarah Ross hit a one-out single off Gour that smacked off the pitcher’s glove. Madi Levesque reached on an error when the ball died in front of home plate, and the catcher overthrew the second base bag on the attempted force play. A weak hit from Sarah Champigny over the third baseman’s head resulted in a run. Another run scored when the shortstop snared a hard-hit ball by Mckenna Wheeler and overthrew the first baseman. 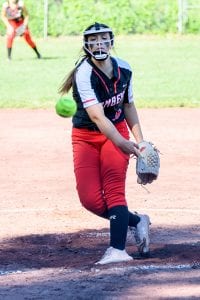 Westfield (11-3) countered with a run in the bottom of the first. Carly James singled. James advanced on a ground out from Emma LaPoint, and stole third. Gour plated James with a ground out. The Bombers trailed 2-1.
Westfield surged ahead in the third. Cici Toporowski and James hit consecutive bunts to begin the inning, the first resulting in a single, the latter resulting in an infield error. A James stolen base and a LaPoint sac-fly to right field resulted in a 2-2 tie. Gour followed with a run-scoring single through the right side for a 3-2 Bombers lead.
Westfield broke the game open in the sixth. LaPoint led off with a single. Gour reached on an error. Then, Kenzie Raymond stepped to the plate and ripped a 3-run home run over the fence in left field. The Bombers led 6-2.
Gour allowed a lead-off single to Lauren Plukias to begin the seventh, but forced two flyouts and a groundout to end the game. Westfield’s starting pitcher scattered five hits over seven innings. She struck out four batters and walked none.
Gour cruised through the last three innings, and at one point retired seven straight batters.

WEST BOYS VOLLEYBALL TOURNAMENT SEMIFINALS
No. 2 Westfield 3, No. 3 Chicopee Comp 1
Westfield (14-1) broke the season series tie with Chicopee Comp (10-2) with a 3-1 victory Wednesday night at home. For the Bombers, it was a game of runs.
Both teams played step-by-step with each other in the first set until Westfield broke a 17-17 tie, outscoring Chicopee Comp, 8-3, to win the opener, 25-20.
In the second set, Westfield rallied from a 14-9 deficit to tie it at 15-all. The two teams were tied at 15, 16, 17, 19, and 23 before Chicopee Comp scored the final two points of the match to win, 25-23. Nearly everything went the Colts way in the set with one of their players striking the ball on the flat surface of the top of the net, only to have it roll parallel along the top of the net, curl over and tap and open piece of court, resulting in the team’s 24th point.
Chicopee Comp’s good fortune would not last. Westfield came out with a purpose in the third set. With libero Alex Robitaille (15 digs) serving, Westfield reeled off a 7-0 run. It was too much for the Colts to overcome.
In the fourth and final set, Westfield scored eight of the final 11 points to punch its ticket to the finals.
“The first time we played them (early in the season), we lost pretty badly,” said Cole Davignon, who racked up 18 kills. “The second time, they were definitely still hard to beat but at the end of the day, we were the hungrier team. This was like an in-between game and I think that the hungrier team came out on top. All respect to Comp – – they played phenomenal.”
Westfield’s Vitaliy Samoylenko finished with a team-high 19 kills. Aiden Quarterley delivered 43 assists for the Bombers, and Nick Gonzalez had four blocks.
“(This win) means a lot because it is a new group (of Bombers), a group that didn’t get to compete last year,” Westfield boys volleyball head coach Tyler Wingate said. “It’s a long process to get to this point. Their hard work got them here.”
Davignon acknowledged his appreciation for playing for a juggernaut, and speculated on what it would be like to help Westfield capture another boys volleyball championship banner.
“It’s an honor to just to be able to play on this team,” Davignon said. “To put up a bunch of numbers on the board and a bunch of dates on the banners – – we’re going to put our all into it.”

CENTRAL-WEST DIVISION 2 BOYS LACROSSE SEMIFINALS
Wed., June 23
No. 4 Longmeadow 20, No. 8 Westfield 7
Longmeadow (13-3) doubled up Westfield (10-5) on the scoreboard to advance to the Central-Westfield D2 boys lacrosse finals. The Lancers will take on the sixth-seeded Minnechaug Falcons (12-3) in the championship game.