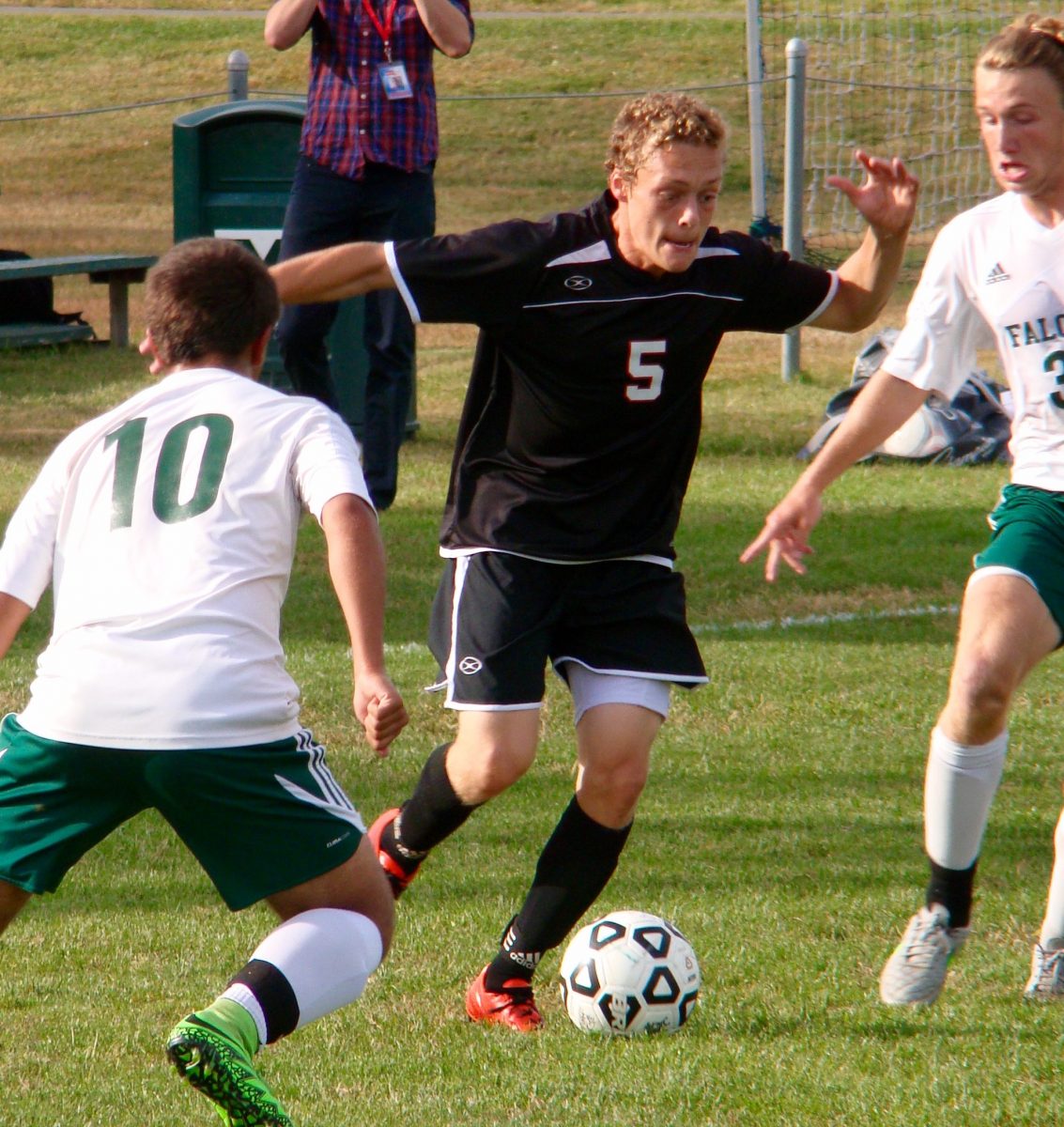 Westfield’s Matt Butera (3) fights off Minnechaug’s Mario Karam in a run toward the ball. (Photo by Chris Putz)

WILBRAHAM – It may be a new week, but the Westfield High School boys’ soccer team is still delivering the same old, tough-nosed style of play that propelled them past their last couple of tough opponents.
Four different players scored to lead Westfield past host Minnechaug 4-2 Monday.
“It was an awesome performance from our team,” Westfield coach Andrew Joseph said. “It was just a really, tough physical game, and we had some good players make some big, big plays.”
Westfield fell behind from the outset, but the deficit did not last long. Minnechaug’s Ben Brennan tallied the game’s first goal in the eighth minute. Westfield’s Andrew Burke scored 15 seconds later, heading in a pass from Ryan Prenosil. 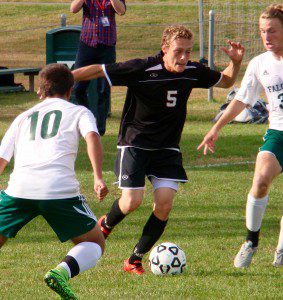 Minnechaug reclaimed another short-lived led in the opening minutes of the second half. Westfield’s Dante White knotted the game up 2-all shortly after, converting a pass from Matt Butera.
Anthony Sullivan (from Mike Visconti) scored the go-ahead goal for the Bombers with about 15 minutes remaining in the second half. Butera (from Prenosil) added an insurance goal 45 seconds later.
Over the course of the last three games, Westfield has now beaten Minnechaug and West Springfield, and tied Amherst 1-1.
“Coming out of this stretch against … three of the best teams in Western Mass., we’re 2-0-1,” coach Joseph said, “so it gives us a lot of confidence. We just have to get ready to finish the season and make a push.”

GIRLS’ SOCCER
Falcons ground Bombers
Minnechaug 2, Westfield 0
Minnechaug scored one goal in each half to escape the Whip City victorious Monday. Jessica Healey made 14 saves in goal for Westfield.
The Bombers were coming off a 3-1 loss to Pittsfield.

Brock nets goal
Putnam 4, Westfield Technical Academy 1
Sydnie Brock took a corner kick and placed it in the net from the corner for Westfield Tech’s only score.