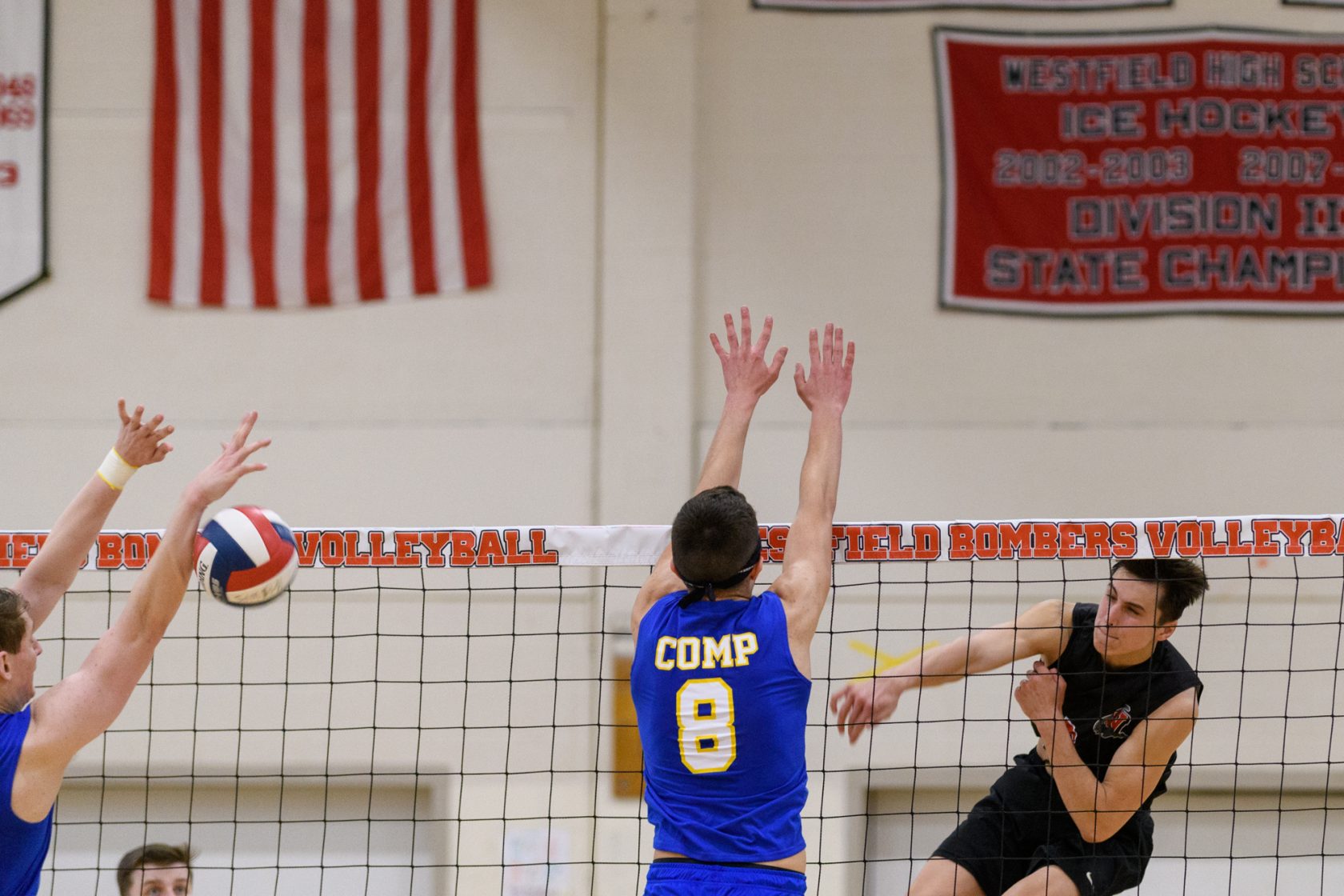 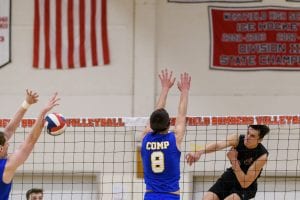 Westfield outside hitter James Pavlyuk slams the ball off a Chicopee Comp blocker for a kill Monday afternoon. (Photo by Bill Deren)

WESTFIELD – How sweep it is.
The defending champs continue to do what they have done for several seasons now – keep on winning.
Westfield swept Chicopee Comprehensive in a high school boys volleyball contest Monday afternoon 25-21, 25-20, 25-14 to improve to 5-1 overall, 5-0 North Division.
The latest heroes included: James Pavlyuk (16 kills, 8 digs), Alex Robitaille (5 kills, 4 digs), Riley Coughlin (5 kills, 2 blocks), Dennis Pyatachenko (5 kills, 10 digs), and Eric Yurtuc (30 assists).
Despite the strong start, Westfield boys volleyball head coach Tyler Wingate cautioned against overconfidence.
“We still have a lot of work to do,” coach Wingate said. To be 5-0 through the first round of North League play is a great start, but we’re not quite where we need to be at this point of the season. We’re going to keep at it and work to play at a higher and more consistent level.”