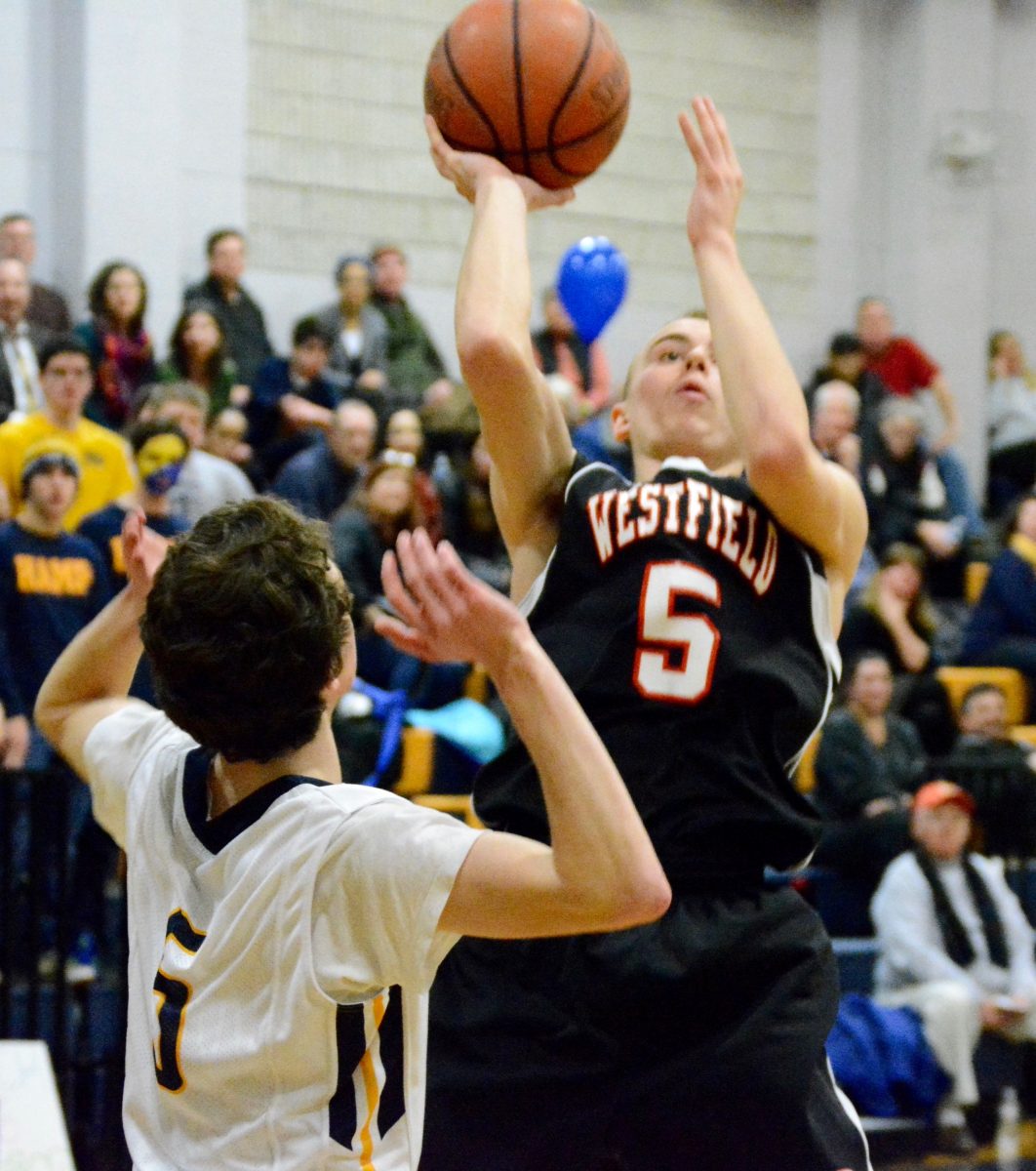 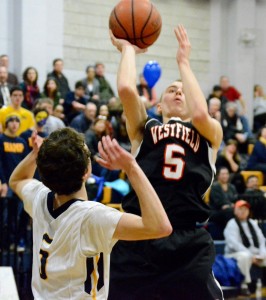 NORTHAMPTON – The Northampton Blue Devils had everything going for them – a raucous crowd, a festive atmosphere, and a jacked-up contingent of seniors who were playing in their final high school boys’ basketball home game.
Only one thing could spoil the party – Westfield.
The Westfield Bombers swooped in amidst the streamers and balloons to pop the Northampton Blue Devils, 63-53, and keep their playoff hopes alive.
Westfield senior John O’Brien enjoyed the biggest night of all with another magnificent outing, netting 37 points to lead all scorers.
“John just took over in the second half,” Westfield boys’ hoops coach Joe Balestracci said. “He made all his shots and took it to the rim.”
Brandon Huckins and Tyler Delgado delivered a solid effort on defense for Westfield. Bombers’ Tommy Smith came off the bench to hit a key 3-pointer to break up a Northampton run.
Westfield converted eight of 10 free throws in the fourth quarter.
“(Northampton) is a well-coached team,” coach Balestracci said. “I’m proud of our guys. They gave everything they had.”
Westfield (8-10) remains in contention for a postseason berth. The Bombers must win two more games – at Chicopee (Feb. 22) and home against East Longmeadow (Feb. 25) to qualify for the postseason with a .500 record.
“We are going to do what we do every game – play with intensity on defense, share the ball, and hope to come out with a win,” Balestracci said. “They’re good teams. It’s going to be a challenge.” 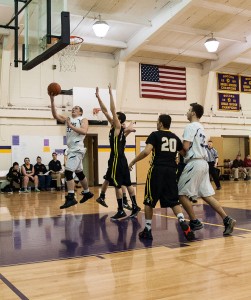 Tigers’ postseason march continues
Westfield Technical Academy 60, Smith Voke 43
Westfield Tech (9-9) continued its postseason march, thanks to double-digit efforts from Matt Wood and Tim Shevchenko.
“Our guys did well today, pushing the floor and being scrappy,” Westfield Tech coach Kyle Dulude, whose team moved within one game of a tournament berth.
The Tigers travel to Springfield to take on Pioneer Valley Christian Academy Friday at 2:30 p.m.
“We have no time to celebrate or rest,” Dulude explained. “We need to bring our ‘A’ game versus a very good team.”