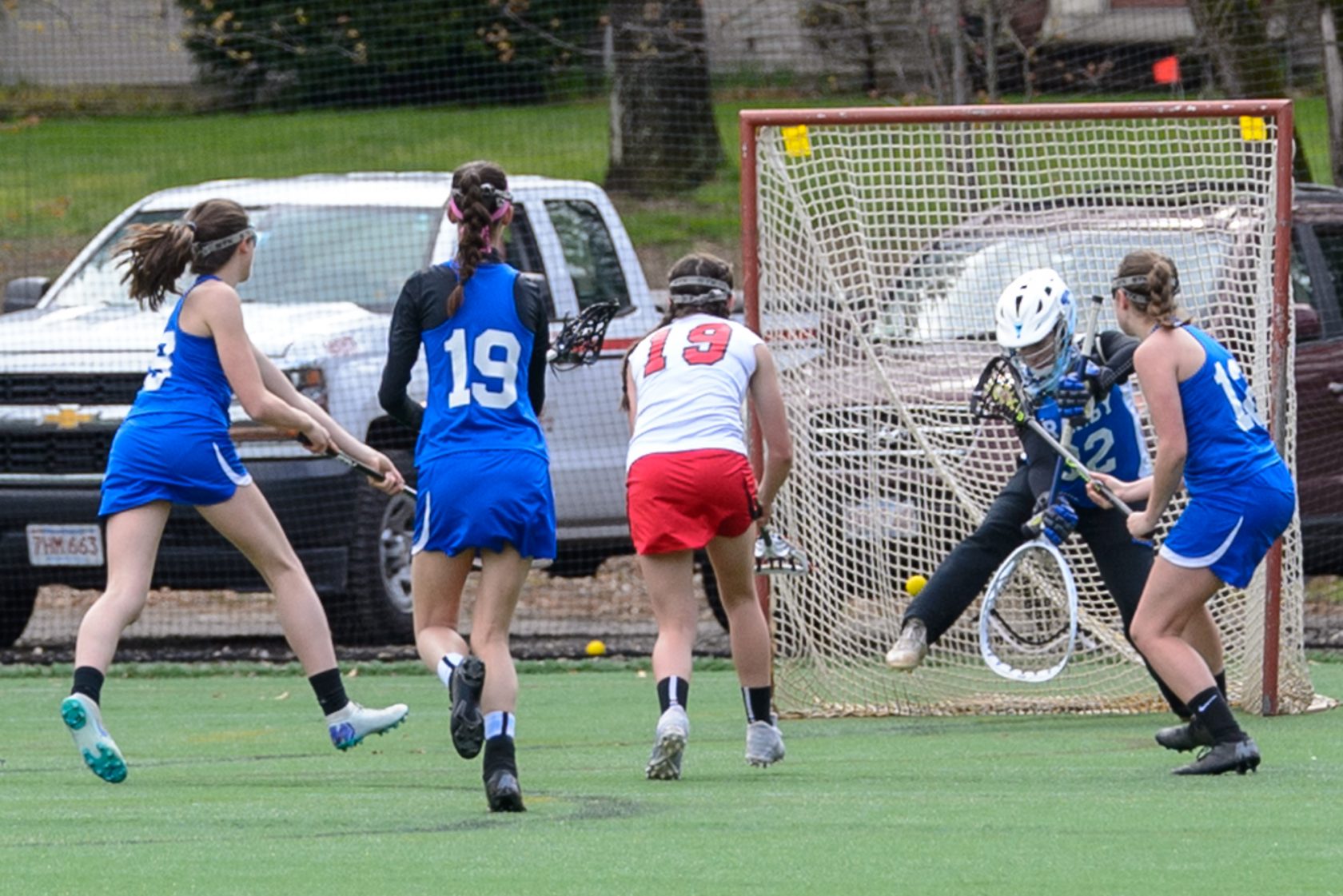 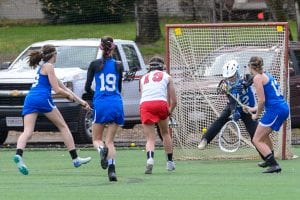 WESTFIELD – If the Westfield High School girls lacrosse team goes on to do big things this season, they might look back to this moment in time as the turning point.
Westfield appeared to turn the corner in its season, handing the Granby Rams only their second loss of the year, 18-9, at Roots Athletics Center to improve to 5-4 overall.
“It was a great team effort,” Westfield girls lacrosse head coach Paul Fenwick said. “Hopefully this is the start of something special.”
Emma Metcalf (assist) and Kylie Buchanan scored five goals apiece to lead Westfield. Bombers’ Jordan Kowalski delivered two goals and three assists, and Olivia Hadla (assist) and Lara Finnie each contributed three goals.
Westfield’s defense was equally up to the task.
Bombers’ Shannon Sullivan, Kyana Alvarado, Adrianna Arona, Lauren Jablonski, Marissa Feary, Keely Connor, and McKenzie Rae combined to quell the Granby attack.
“(Our defenders did) an incredibly exceptional job today,” coach Fenwick said. “It was an awesome game. All of them played phenomenal.”
Westfield played a man-down over the final 11 minutes of the game, but overcame the adversity.
“They just stepped up big,” Fenwick said of his players.
Granby fell to 7-2.

SOFTBALL
Falcons soar past Bombers late
Minnechaug 5, Westfield 1
Minnechaug scored three runs in the final two innings to pull away from Westfield in the Whip City.
Jenna Murray and Kelsey Allard had two hits, a run, and an RBI apiece to lead Minnechaug at the plate. Murray and Falcons’ Katelyn Thompson and Mei Ward each doubled.
Thompson also tossed a two-hitter from the circle, allowing three walks, one run, while striking out four.
Erin Gour and Carina Franco had the lone hits for Westfield.