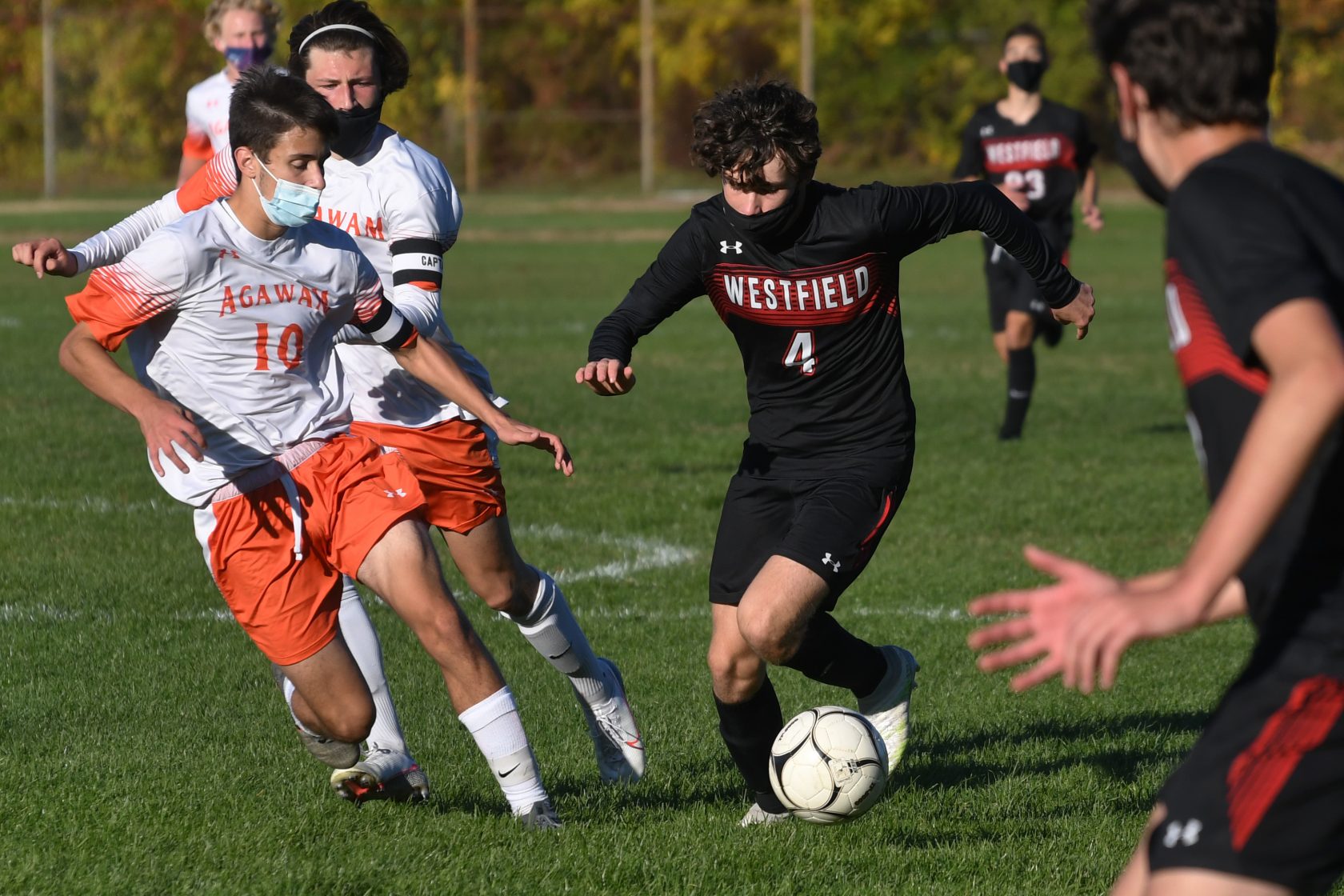 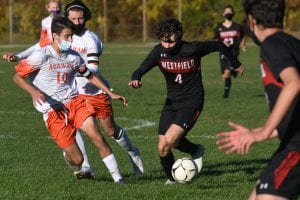 WESTFIELD – The Westfield High School boys soccer team scored one goal in each of the third and fourth quarters Saturday to break open a tightly-contested battle en route to a 3-1 victory.
It was close early on.
Both teams played to a scoreless tie after one quarter, Westfield and Agawam each notched a second-quarter score. Bombers’ Cam Klee set up the scoring play, picking off a kick-in at midfield and sending it to Jack Keeney to the flag. Keeney turned on his defender and sent a cross into Nichita Solopa, who finished first time with 7:30 remaining in the half.
“Agawam pinned us for most of the remainder of (that) quarter,” Westfield High School boys soccer coach Andrew Joseph said.
Agawam’s Dylan Wesley drove the end line in the same quarter.  His shot was cleared off the goal line but Jayden Montagna picked off the clear and scored from outside just outside the six.
About midway through the third quarter, Westfield’s Dom Rinaldi sent a solid ball from the midfield line to Jack Fortier. Fortier put it under the crossbar from about 30 yards out.
“(That was a) fantastic goal,” coach Joseph said.
Three minutes into the fourth quarter, Westfield’s T.J. Liquori found left back Donovan O’Kane getting forward. O’Kane sent the ball over the top to Nichita Solopa who beat the defender and the keeper to score.
“(It was a) solid effort by everyone,” coach Joseph said. “Our central midfielders are our strength and they were great again today. They did a great job out of possession as well marking their center mids tight.  Our backs stepped up in the absence of senior captain center back Aiden Quarterley.”
Aiden Van Oostveen was solid in net for Westfield.