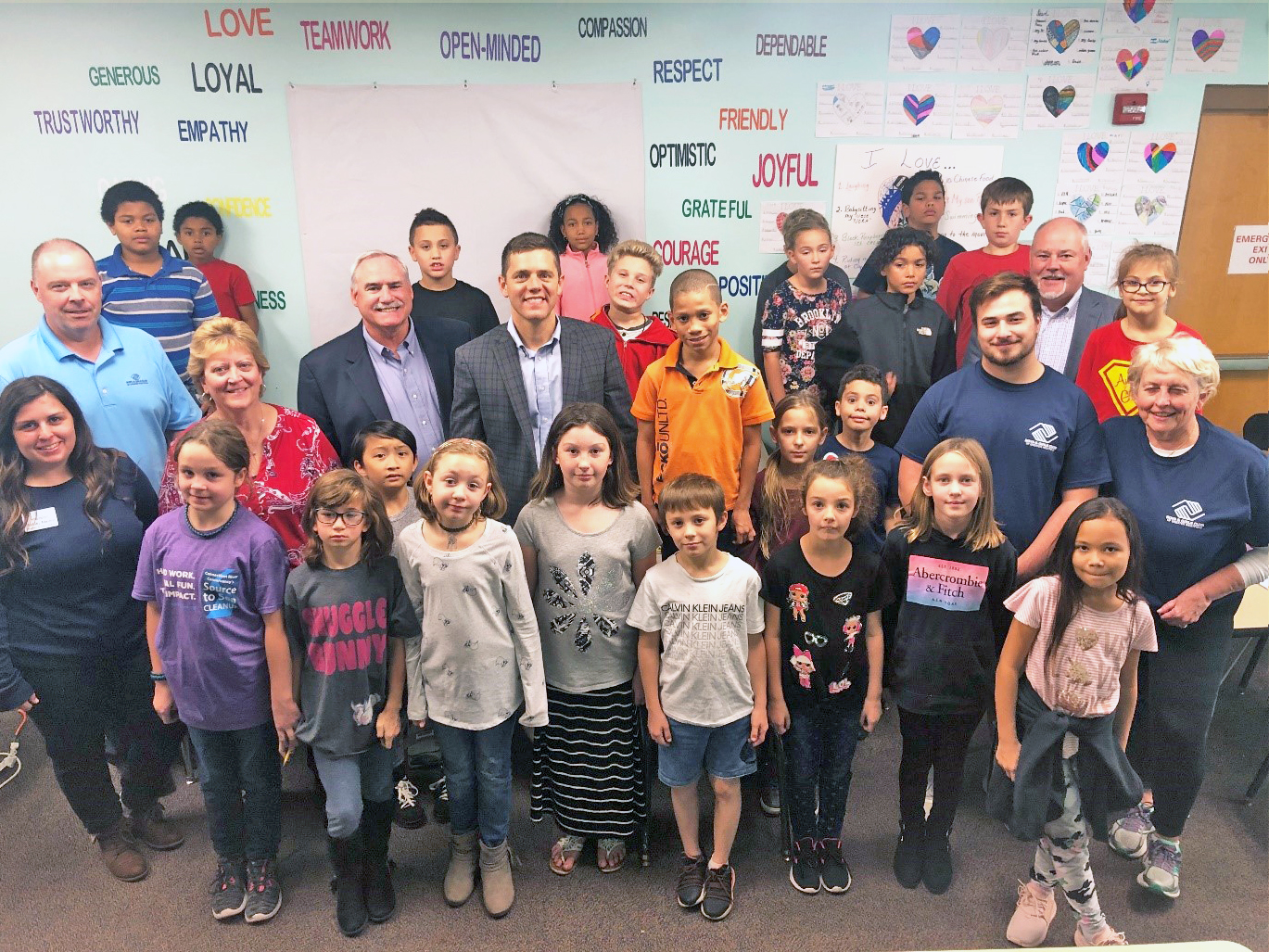 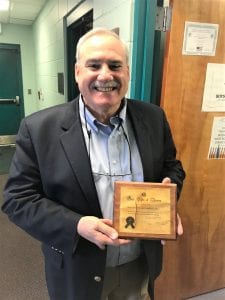 Executive Director of the Boys and Girls Club of Greater Westfield Bill Parks holds a plaque with the Club’s original charter. The Westfield Club is celebrating its 50th anniversary with a gala Feb. 29. (HOPE E. TREMBLAY/THE WESTFIELD NEWS)

He was a regular at the Club in Marlborough, which was housed at the time in an old movie theater.

Parks said some of his closest friends to this day were made in that old theater, and he still remembers some of the staff who made his experience there so impactful that he made his career at the Boys and Girls Club.

“The number one memory of most kids is of a staff member that had an influence – it wasn’t the building, or even the programs,” said Parks.

At the Greater Westfield Boys and Girls Club, there are many such staff members, including Lenny Dulude who has worked at the Club for 47 of its 50 years, and Kellie Brown and Lerryn Godden, among others.

To celebrate the staff, Club members and everyone in the community who has had a part in the Club’s success, a 50th anniversary gala is slated for Feb. 29 at Chez Josef. Parks said the event will be a fun trip down memory lane for some.

“I’m reaching out to former staff to come, for former members, and there are four or five of the original board members still in the area that we hope will be there,” said Parks.

Former Club Youth of the Year and other award winners will also attend. Parks said there are many award recipients from the Westfield Club.

“In the past few years alone, we’ve had three national award winners,” he said. “We’ve had two of our Youth of the Year recipients go on to the state awards and earn scholarships.”

The Boys and Girls Club of Greater Westfield currently has 72 staff members – many of whom were once Club kids – and serves 1,600 students per year.

Parks said the Westfield Club is all about representing the entire community, both with its staff and the youth members.

“This Club is for everybody,” he said. “It’s for the whole community.”

Parks is extending an invitation to the entire community to help celebrate 50 years of the Greater Westfield Boys and Girls Club at the gala. From its early start as a Kiwanis-founded program on Free Street for boys only, to its expansion to its current location on West Silver Street and the inclusion of all youth, the Club has touched thousands of lives every year for half a century.

The Gala, chaired by Jeff and Emily Amanti and Jon and Danielle Stolpinski, is from 6-11 p.m. Feb. 29 at Chez Josef in Agawam. The evening includes dinner, a game space reminiscent of the Boys and Girls Club, memorabilia, live performances from Club members, and more.

Tickets to the gala are $75, however Parks said anyone who needs financial assistance and wants to attend the event should contact him. Visit bgcwestfield.org for more information and to purchase tickets.