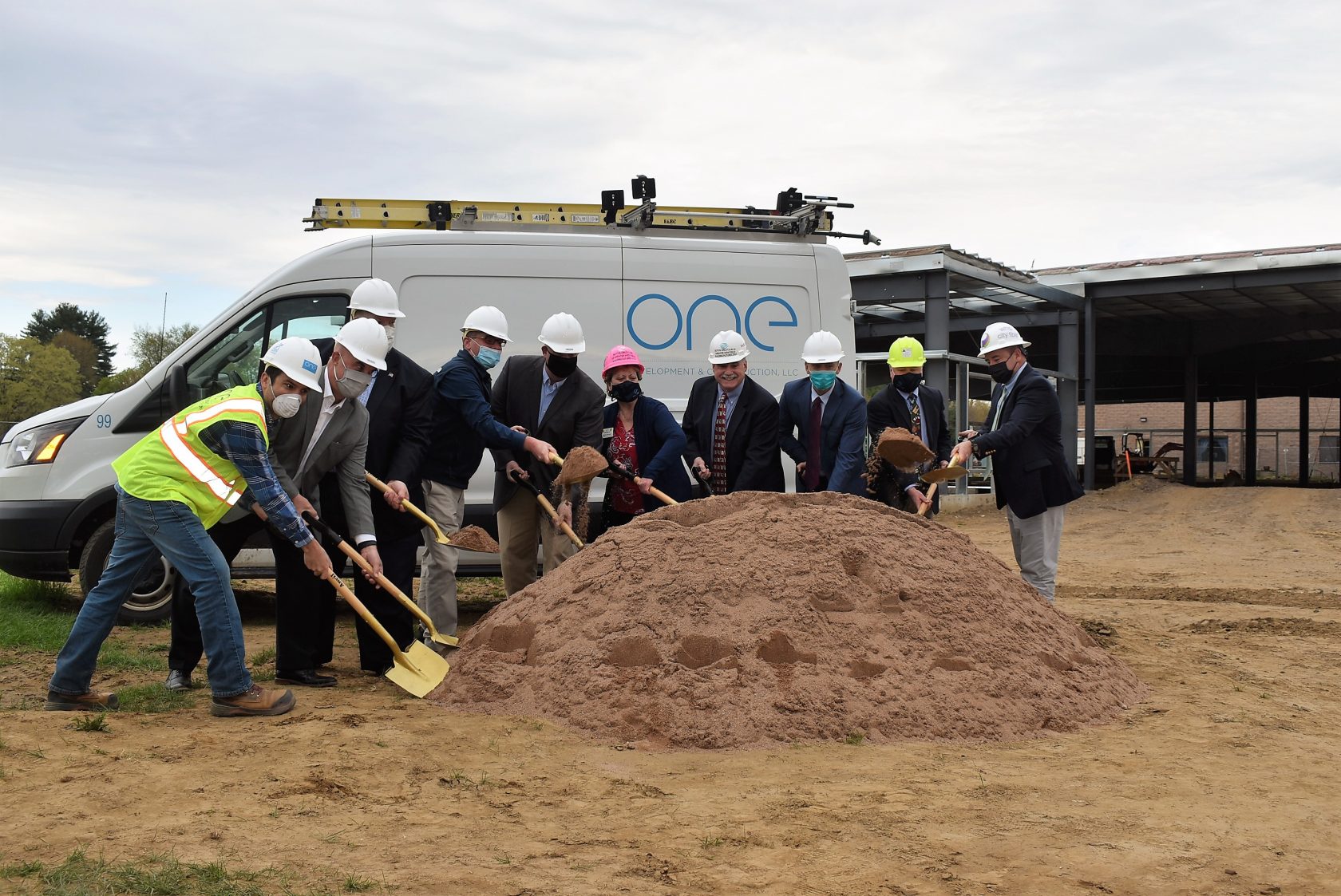 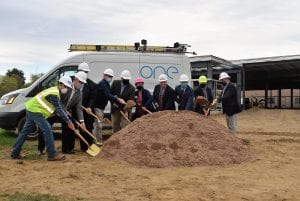 WESTFIELD – The Boys and Girls Club of Greater Westfield hosted a ceremonial groundbreaking April 27 and announced that the public can now contribute to its $3.5 million “Building Futures” project.

The Club is increasing its footprint with a 15,000 square-foot addition which will allow the Club to add 100 children to its licensed Kidz Klub childcare program. The addition will increase the licensed childcare slots to 300 children.

Club Executive Director William Parks said when the Kids Klub started in 2006 there were 28 children enrolled. Parks held up a framed photo of some of those 28 children during the ceremony and said he keeps that photo in his office as a reminder of where the program started and how quickly it grew.

In 2011 the Club hosted its Raise the Roof campaign and worked with Westfield Bank to raise enough money to literally raise the gymnasium roof to add another 15,000 square-feet of space.

“We added the space we needed to have 200 kids, and we thought we were good,” Parks said. “Eight years later, we needed more space.” 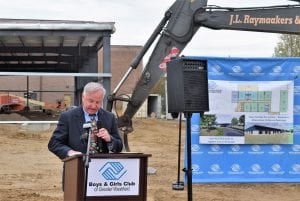 With a $1 million grant, the Building Futures project began, making way for 100 more Kidz Klub members and 40 preschoolers. Parks said this will bring the daily number of children at the Club to over 400.

Parks thanked everyone for their support, including One Construction and J.J. Raymaaker and Sons, as well as architect Chris Carey.  Parks noted that the Raymaaker family were past Klub Kidz and donated the excavation work. 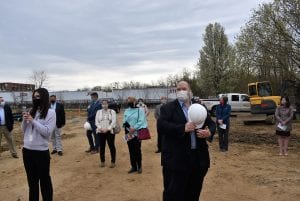 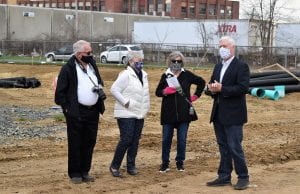 Anyone interested in learning more or making a donation to the Building Futures project should contact the Club at 413-562-2301 or mail a check to the Boys and Girls Club of Greater Westfield, 28 West Silver St., Westfield, MA 01085.