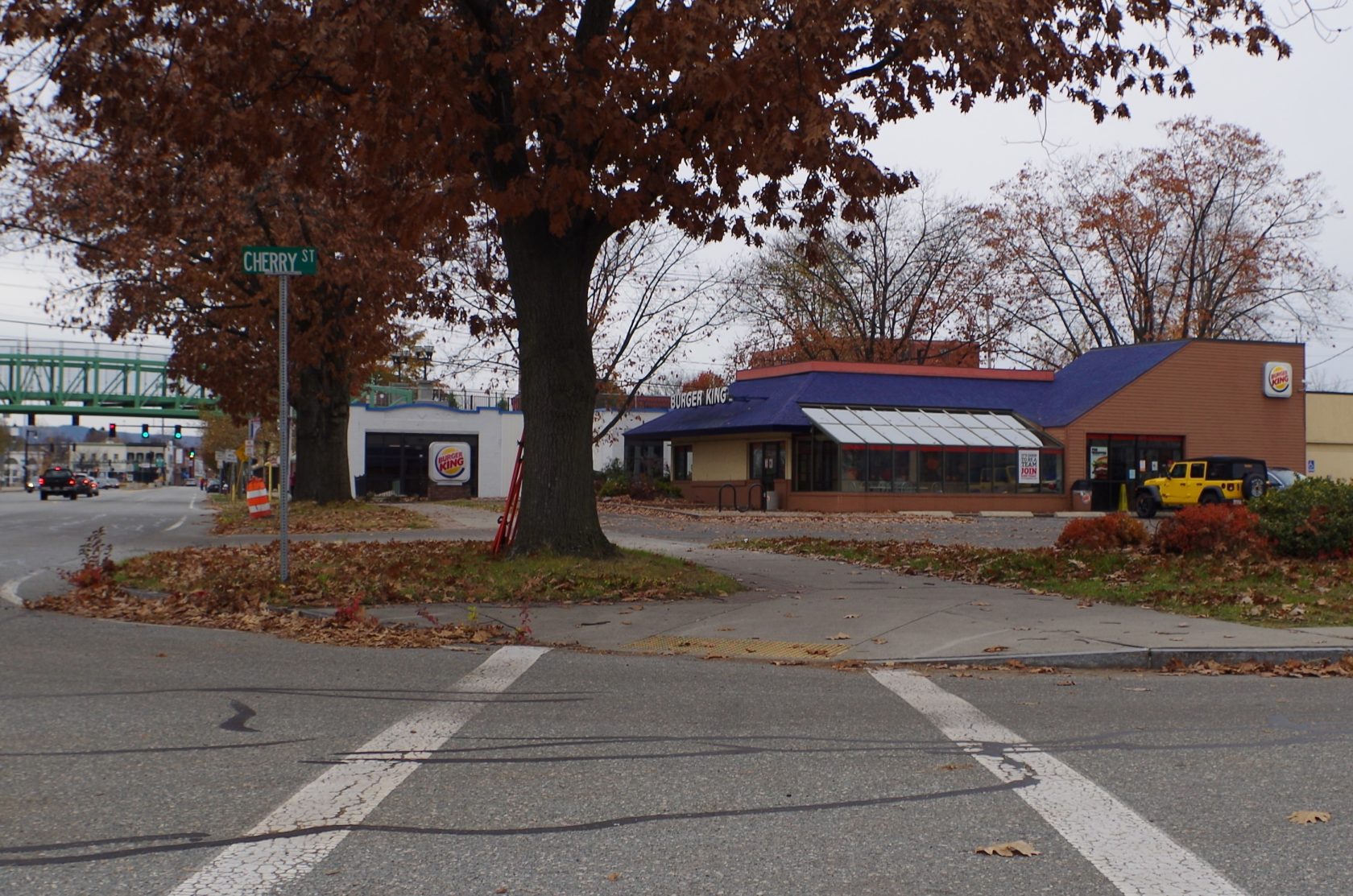 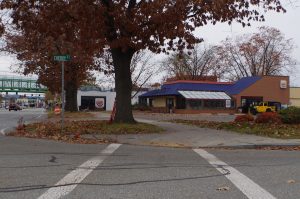 The owner of Burger King on Main Street in Westfield is proposing renovations and expansion of the drive-through. (MICHAEL BALLWAY/THE WESTFIELD NEWS)

WESTFIELD — “The Burger King is old and needs to be redone,” said owner Eric Cromwell of Longmeadow about the 40-year-old restaurant at 72 Main St. in downtown Westfield.

Cromwell said the restaurant is a Class 3 model of a Burger King.

“It’s something we’ve been looking at for a few years, but frankly, sales have not been strong enough. As we’ve come around the turn of COVID, the store’s been building sales, and we looked at it as an opportunity to get in there and get it upgraded,” he said.

Cromwell said there are only two real changes to the site plan. One is that the owner plans to remove the curb cut to the back exit on Mechanic Street, and rebuild the sidewalk. They also plan to add a second drive-through ordering kiosk in the rear of the restaurant. The two lanes will merge into one before the pickup window.

Cromwell said on the building’s exterior, plans call for the removal of the greenhouse-style glass wall and roof on the front of the building, replacing it with a standard plate glass wall covered by a traditional roof.

“That was a fad in the ’80s,” he said of the greenhouse look. “They’re terrible, they always leak and look awful.”

Planning Board member Rich Salois commented that the drive-through lane in the rear is tight for pickup trucks with a larger turn radius, and asked if the second lane would make it worse.

“How much tighter is this going to make it?” he asked.

Cromwell said it will be no tighter than the existing lane, but the outer lane would be a much wider turn, and would be set back further. Planning Board Chair William Carellas asked if the plan widened the outside curvature, and was told it does.

Salois recommended signage suggesting that trucks use the outer lane. Cromwell said they can easily install that sort of notice.

Philip McEwan asked how late the restaurant is open at night. Cromwell said midnight on weekdays and 1 a.m. on Fridays and Saturdays during the summer, and 11 p.m. in the winter.

McEwan said when it’s slow at night, he would prefer the restaurant not use the outer lane, which would be closer to the houses, and asked if they could shut it down. Cromwell asked if he was concerned about lights or noise, and McEwan said both.

Cromwell said he would check to see if the restaurant can shut down a drive-through lane, and asked what time and whether there is an ordinance that regulates that. He said there is a safety concern about not having part of the lot lit, but would speak to the engineers.

“Today it would require a site plan, so the board should consider this more as a site plan change than a special permit change,” he said.

“If I hear you correctly, in some sense he doesn’t even need to be here tonight,” Carellas said.

Vinskey said it is a kind of courtesy meeting.

Carellas noted that if this were a new site plan in front of them, he would be allowing this setup, along with McEwan’s comments, because the two-lane system has become the standard for fast food drive-throughs.

“I’m not looking for conditions, I’m just requesting that the petitioner is a good neighbor,” McEwan said.

A motion to consider the new plan as a minor change passed with all in favor, with Carellas thanking Cromwell for his courtesy.