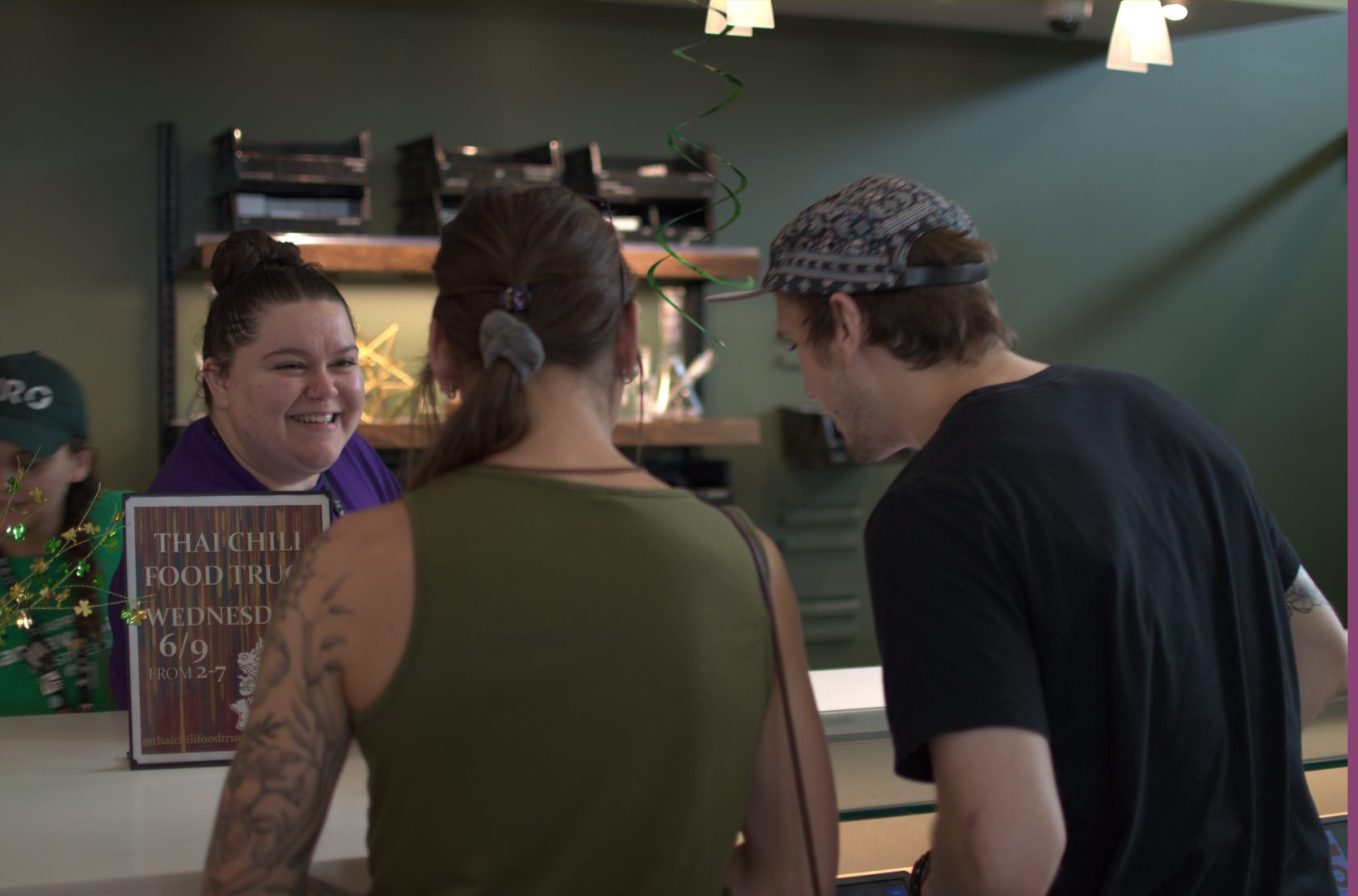 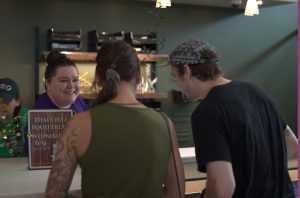 CEO Thomas Keenan said that the first year of business was as expected, considering the impact of the COVID-19 pandemic on the U.S. economy.

“It has gone as well as we had hoped. We had put together a pro forma with projections kind of using best guesses and we were pretty close to in line with what we had projected,” said Keenan.

When Cannabis Connection first opened on June 9, 2020, the store was operating via curbside pickup in its parking lot because of the pandemic, in a time when the first wave was subsiding, but the virus itself was still not fully understood.

The scene on June 9, 2021 was a far cry from a year ago. The store was busy, with customers nearly constantly flowing in and out. Many people opted to forgo masks thanks to guidance from the CDC stating that one can go without a mask if they are fully vaccinated.

A Thai Chili food truck was parked outside the store throughout the afternoon during the celebration.

Keenan said that there was still a capacity limit for the inside of the store, even though they were no longer required to have one in place.

“It makes sense with how we do business and we are fairly efficient with helping customers and being able to take the time with customers who just want to chat and need more education,” said Keenan, “then other people they just want to get in and out, so they can get in and out quickly as well.” 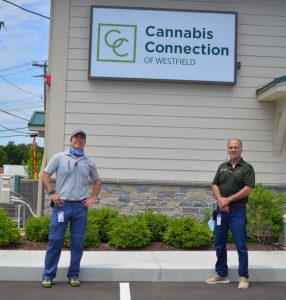 He said the manner in which the store did business and secured products to sell had changed throughout the pandemic. In the fall there was a cannabis product testing backlog and a shortage of certain products, which led Cannabis Connection to essentially buy whatever they could get because their options were limited.

“In the past three or four months the market has gotten a bit more flush with products,” said Keenan, “We are able to bring in the products that we want and our customers want.”

Looking to the future, Keenan said that there are no concrete plans for expanding Cannabis Connection and opening other stores, but that they are looking at potential communities in which they could do so.

He said that West Springfield is a municipality they are looking at, though the city has a prohibition on recreational cannabis dispensaries for the time being. Himself and Cannabis Connection Director Curt Gezotis had spoken against the ban in West Springfield when it was being considered, but it was ultimately enacted.

He said they are now just keeping an eye on the situation there.

“For the time being I’m just trying to get the operations here more efficient, more ironed out so it is a smooth experience for employees, our partner wholesalers, our customers, for everybody,” said Keenan.