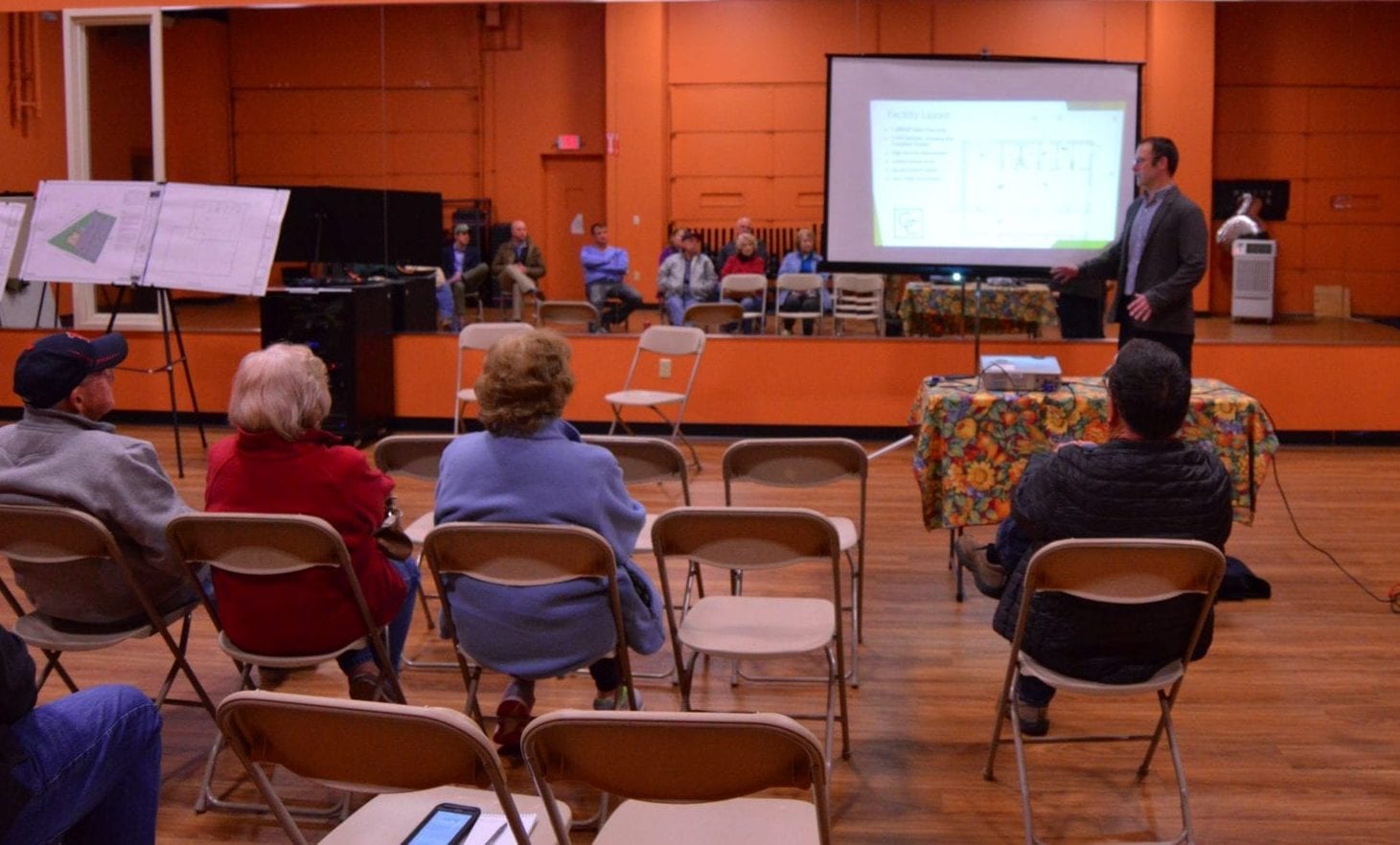 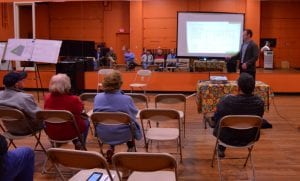 WESTFIELD- A community outreach meeting was held by Cannabis Connection Inc. on Thursday at The Shortstop Bar and Grill in Westfield.

The meeting, which is required for all prospective recreational marijuana stores in Massachusetts, was hosted by Thomas Keenan, the owner and CEO of Cannabis Connection.

“The plan includes a 4,500 square foot building,” says Keenan, “the entire area will be covered by video surveillance 24/7.”

The store will be built on 40 Westfield Industrial Park Drive, a currently run down and overgrown lot across the street from the Holiday Inn hotel in Westfield.

Much of the meeting was spent covering security measures for the building. In addition to around the clock video surveillance, customers will be asked to display and scan their ID’s when they enter the building and before they make their purchase. 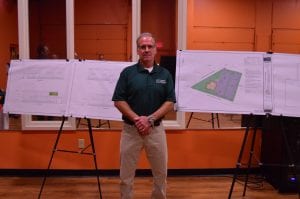 The owners of Cannabis Connection began work on forming their business shortly after recreational marijuana was legalized by Massachusetts voters in November, 2016.

“After the election we realized that adult use was coming to Westfield because voters in town voted in favor of it,” says Curt Gezotis, Director for Cannabis Connection. “We started to look at industrial zoned areas because that’s where most towns allowing cannabis stores to go.”

The City of Westfield will impose its’ own taxes and fees on all cannabis sales in town on top of the taxes imposed by the state. The town can impose a 3 percent host community fee on top of a 3 percent local sales tax. The state will impose its’ normal 6.25 percent sales tax as well as a 10.75 percent excise tax, which could bring the total tax rate from marijuana sales to 23 percent.

Cannabis Connection is hoping for a grand opening in August or September of 2019. “We’re at the mercy of the state,” says Gezotis, “They issue licenses at a very slow rate. They make you jump through hoops, which is good, that makes it safe.”

The store will also take measures to prevent minors from purchasing or accidentally consuming their products. All products will be sold in child resistant and tamper resistant bags. Customers will receive child resistant ‘exit bags’ as well to put their purchase in.

Marijuana often comes in the form of edibles, which can sometimes bear resemblance to candies or sweets popular with children. To prevent children from consuming edibles believing they are sweets, Keenan says that none of their products will be made to look like a commercially available candy.