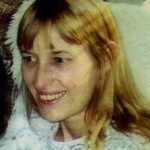 SPRINGFIELD – Carrie S. (Savage) Organek, 52, passed away suddenly, January 26, 2013, at home. Born January 25, 1961 to the late Ronald V. and Carol J. (Campbell) Savage, Carrie was raised in Westfield and was a 1979 graduate of Westfield High School.
She was an executive secretary to the vice-president of the former H.B. Smith Boiler Company, Westfield. She was a longtime resident of Springfield and was the manager of Berkshire Landscaping. Carrie enjoyed fishing at Quabbin Reservoir and was an expert knitter. She played the piano, was an avid bird watcher and loved animals. Carrie also enjoyed reading and studying the Holy Bible.
She was a devoted wife for 23 years to her husband, John A. A devoted mother to her son, Jerah. A beloved sister to Scott Savage of Holyoke and Tracy Nawskon and her husband Edward of Agawam. Beloved aunt to Daniel Nawskon of Southwick, Joel Nawskon of Agawam and Michael Jaczyk and his wife Monica of Springfield. Daughter-in-law of Jessie Organek of Westfield and sister-in-law of Susan and Joseph Jaczyk of Westfield. She also has many beloved extended family members.
A visitation will be Saturday, February 2nd from 8:30 to 10:00 a.m. at the Robert E. Cusack Funeral Home, 94 Main Street, (Route 20), followed by a funeral mass at 10:30 a.m. in Holy Trinity Church. Burial will follow in St. Mary’s Cemetery, all in Westfield.
Memorial contributions may be made to Heifer Project International, One World Ave., Little Rock, AR, 72202 or the National Audubon Society, 97 W. Cornwall Road, Sharon, CT 06069.