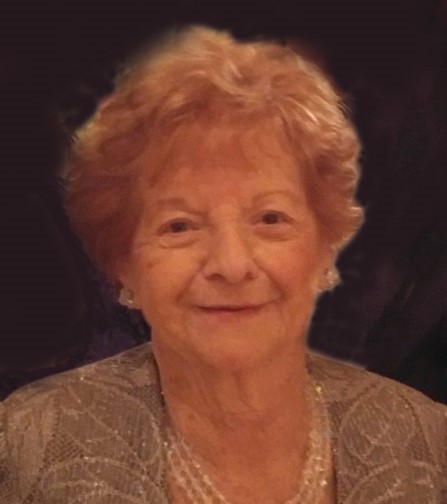 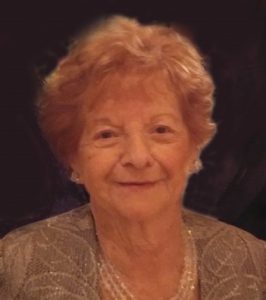 WESTFIELD: Catherine Aborjaily, 94, died at her home in Westfield on January 31, 2021. Gregarious, generous, and with boundless energy, her vivacious personality attracted people of all ages who were taken in by her spirit, her experiences, and her can-do attitude. She possessed a remarkable talent for bringing people together. She had a wonderful capacity to bring fun into a room and energize others. And she lived by one of her favorite sayings, “If at first you don’t succeed, try, try again.” Born in Boston on October 22, 1926, Catherine was the eighth of ten children born to Michael and Nellie Solomon who had immigrated from Bhamdoun, Lebanon in the early 1900s. During her school years, she met pioneering aviator Amelia Earhart, and Louis Shaw, a Boston philanthropist who selected her to attend a summer enrichment camp he ran in Topsfield. There she developed a lifelong love of music and appreciation for the arts. Catherine attended Girls’ High School, graduating early at the age of 16 in 1943, at the height of World War II.

Catherine soon began work at MIT’s legendary incubator, the Radiation Lab, (Building 20), as a technician. The lab did top secret R&D for the US government, developing the first radar which was sent to England for the Allied Forces to use in their planes to detect Nazi aircraft, the new technology becoming a key turning point to winning the war. Catherine also worked on the top-secret Manhattan Project, another WWII milestone. When not shooing away charmed graduate students at the lab, Catherine worked with Dr. Jerome Wiesner, chosen by President Kennedy as Chair of his Scientific Advisory Board, and later was MIT’s 13th president, Dr. Norbert Weiner, and Dr. Warren Sturgis McCulloch. After the war, she worked at MIT’s Research Laboratory of Electronics, helping to develop one of the first computers, and met Helen Keller who tested a computer-driven robot for the blind. Catherine met Alfred (Fred) Aborjaily through their mothers who had been childhood friends. After graduating from Boston Latin School, Fred joined the Army Air Force. Her mother requested someone in their family write to him, and Catherine volunteered, feeling it was her patriotic duty to support the war effort. Thus began a two-year correspondence. Fred flew 42 B24 bomber missions out of Italy, was shot down, recuperated, and then was assigned and completed over 50 missions flying over the Himalayas (The Hump) between China and India. Each of his letters were beautifully descriptive and sensitively written, and it made Catherine want to get to know him better. When the war ended, he was determined to go to college enabled by the GI Bill and his war service savings. He applied and was accepted to Harvard University. Catherine and Fred married in 1948, Fred graduated college in 1949, and he went on to Tufts Medical School, graduating in 1953. In the early years of their marriage, Catherine worked while Fred attended school, earning her first Ph.T. (Putting Him Through). After his Obstetrics and Gynecology residency at Boston City Hospital, they decided to move to Westfield, where there were no other ObGyn specialists in the area. With four young children, Catherine kept extremely busy with her family and getting established in their new community. The couple were a dynamic team. Catherine described Fred as a “a kind, sensitive, gentle man who appreciated nature, life, who had respect for every living thing, and someone who treasured learning—he was a true Renaissance man.” Catherine was a liberated woman, well before her time, and an equal partner in their marriage. They enjoyed entertaining family and friends, traveling the world together, celebrating their shared Lebanese heritage and culture, and collecting antiques. Throughout their lives, Catherine and Fred championed the importance of education, and encouraged their extended family members to go to college, offering financial help without expecting anything in return. They both recognized the enormous difference education could make in the lives of others. Together, they established a Personal Endowment Trust at Tufts Medical School for a deserving student. Looking toward retirement, she and Fred purchased a RI summer home in 1983. She loved visiting the ocean “to see if it’s still there.” Fred, the love of Catherine’s life, passed away too soon in 1987 at the age of 66, after a wonderful 39 years of marriage together. Catherine met and later married Gerrit van Dissel in 1995. They enjoyed a mutual love of travel, playing tennis, and hosting parties with friends, their children, and their families. They spent many winters in Naples, Florida. Catherine volunteered and supported a number of community organizations, including the Mass Medical Society, The American Cancer Society where she initiated the first Breast Self-Examination Clinic in the Greater Westfield area, The Westfield Women’s Club, was a Member of the local PBS Board of Directors, and was the first woman Director appointed at Westfield Cooperative Bank. She was an active member of the Episcopal Church of the Atonement. She loved and supported the Springfield Symphony, the Westfield Athenaeum, the Westfield YMCA, where her “Go For It” motto inspired others, and the Tuesday Afternoon Club.

Catherine is survived by her children: Dr. Karen Aborjaily Simm and her husband, David, of Westfield, MA; Ruth Aborjaily, of Westfield, MA; Eric Aborjaily and his wife, Deena, of Dover, MA; Lisa Haidar and her husband, Simon, of Wellesley, MA; her beloved grandchildren: David, Catherine, and Andrew Bannish; David Simm; Michael, Julia, and Alexander Haidar; and Amira and Brandon Aborjaily; her dear sister, Lucille Abdelahad, of Walpole, MA, along with many loving nieces and nephews. She was predeceased by her husband, Dr. Alfred N. Aborjaily in 1987; her second husband, Gerrit van Dissel, in 2009; her brothers: Red Ferris and George Solomon; her sisters: Helen Bethoney, Rose George, Adele Moses, Alice Bethoney, Mary Maloof, and Lila Abdou; and her daughter Ruth’s husband, David Bannish. Catherine’s family would like to thank Dr. Gurpal Kingra, Dr. Michelle Barnett, caregivers Senta, Kim, and Eva, as well as the EMT/ambulance drivers, medical teams and staff at Baystate Noble Hospital, Baystate Visiting Nurses, with their PT and OT providers, and finally Baystate Hospice.

Funeral arrangements are with Firtion Adams Funeral Home, 76 Broad St., Westfield, MA 01085 www.firtionadams.com. Burial at Pine Hill Cemetery in Westfield, MA will be private. A celebration of life will be planned in the future when it is safe to do so. Memorial gifts in Catherine’s memory may be sent to Citizens Scholarship Fund, “Westfield Dollars for Scholars,” P.O. Box 382, Westfield, MA 01086 OR the Westfield Food Pantry, 101 Meadow St., #1, Westfield, MA 01085.