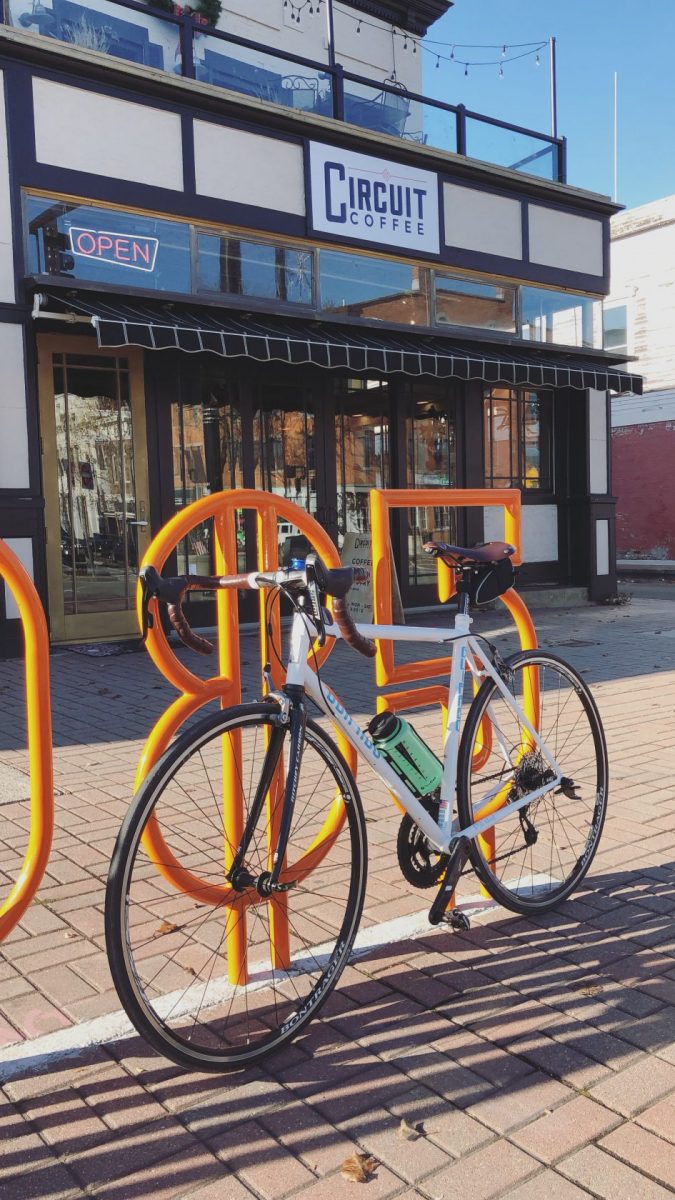 WESTFIELD-Two downtown business owners – and avid cyclists – are teaming up to present a “Granville Circuit Challenge” this month in preparation for the annual Great River Ride Challenge this fall.

“I have a nice road bike and enjoy riding the Columbia Greenway Rail Trail,” said Ted Dobek, owner of Circuit Coffee at 22 Elm St. “When Don Podolski of New Horizons Bikes approached me to consider being a part of a new challenge, I was immediately on-board.” 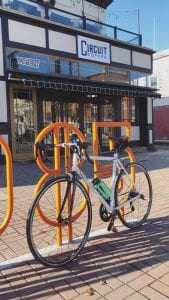 Now in its 33rd year, the Great River Ride has been rated as “one of the best century rides in the USA,” according to Bicycling magazine and the League of American Bicyclists, noted Podolski, who is the founder of the event.

“Due to restrictions on gathering size by the Massachusetts Department of Health, the Great River Ride will be a nontraditional event this fall,” said Podolski, adding it will be a free RideSpot Challenge.

“The Great River Ride will have four distances as RideSpot Challenges with awards for completion,” he added.

For cyclists gearing up for the Sept. 18 to Oct. 18 Great River Ride, short challenges have taken place this summer, and this month, Dobek is sponsoring the 28.7-mile Granville Circuit Challenge.

“We want to bring riders to our downtown,” said Dobek, noting the challenge starts in front of Circuit Coffee. “When we confirm a cyclist has finished the challenge, we will give them a free drink of their choice.”

For Dobek, he enjoys his “road trips” on the rail trail with his son, Thaddeus, 19 months old.

“The Greenway is a great resource for a lot of people and we want to draw attention to it,” said Dobek, adding his greatest joy while riding is the enjoyment his son has when he catches glimpses of nature on the path. 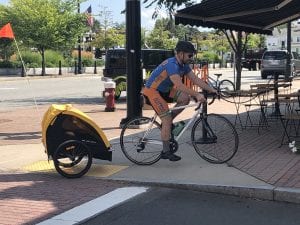 Ted Dobek, owner of Circuit Coffee, enjoys taking his son Thaddeus cycling around the city, as well as on the Columbia Greenway Rail Trail. Dobek has teamed up with Don Podolski of New Horizons Bikes to sponsor the Granville Circuit Challenge this month. (LISA KORZENECKI PHOTO)

To participate in this month’s event, visit ridespot.org and download the free app, according to Podolski.

“What is nice about this ride is you can break off and do things if you want,” said Podolski, noting the route will take riders off the Columbia Greenway and onto local roads as training for the upcoming Great River Ride.

“We see a lot of people who are into cycling at Circuit Coffee,” said Dobek. “I have mentioned not only this month’s challenge but the Great River Ride to our customers.”

Cyclists can sign up for the Great River Ride Challenge for free at BikeReg.com.

“In the past, one’s entry fee allowed the staff of New Horizons to pursue their bicycle advocacy efforts throughout the Pioneer Valley,” said Podolski. “For 2020, the Great River Ride Challenge will be the major fundraiser for the Friends of the Columbia Greenway Rail Trail. While entry is free, a donation to the Friends group is suggested.”

The four ride choices this fall are each unique – including a gravel route that is a mix of pavement, gravel, dirt and seasonal roads.

“Successful completion of each ride will earn you a commemorative pin,” said Podolski. “Each distance will have its own distinct pin. Ride one or ride all four.”

For cyclists who are eager to experience “knee-popping hills, breathtaking views, awesome descents, and gorgeous fall foliage as you tour the hill towns of the eastern Berkshires,” Podolski adds the Westfield River as a backdrop also “gives you a unique cycling experience.”

For complete details on all of the challenges, as well as opportunities to order Great River Ride shirts specially made for the event, visit newhorizonsbikes.com.