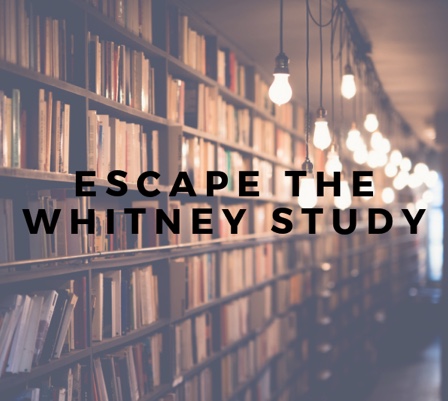 WESTFIELD-For area residents age 13 and older, a unique experience awaits those wishing to be a part of a “Ghost Getters” team that will work together to “escape” the Whitney Study at the Westfield Athenaeum.

The escape room experience is slated this Wednesday, Aug. 14, with teams starting at 2, 3, 6 and 7 p.m. Registration is necessary for the free program and can be made by visiting www.westath.org or calling (413) 568-7833. 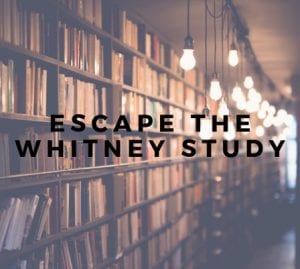 Olivia Eberli, youth services and young adult librarian, created a club earlier this summer called “The Escape Room Planners” and recruited three city teens to help her with the logistics for this month’s escape room program.

“The club is open to teenagers in Westfield who want to help create escape rooms,” said Eberli. “Those who help with the escape room are volunteers. So together, Zuzanna, Maeve, and Tyler helped me create the story, the clues, and decorations for the room.”

Eberli said the team chose the Whitney Study as the escape room backdrop because it has an “old timey feel” and the fixtures and antiques in the room worked well with the fictional story.

“The Whitney Study is part of the original Fowler-Gillett Homestead,” said Eberli. “The Fowler-Gillett house was built in 1838 and was said to be the finest house in Western Massachusetts.”

Eberli said the homestead was gifted to the Westfield Athenaeum by the Westfield Academy in 1898 and the room itself was named for Milton B. Whitney, president of the Athenaeum, who left $80,000 to the library in his will.

“Since the Whitney Study was part of the original homestead it is possible that someone died there,” said Eberli.

As the program’s fictional story unfolds, “under mysterious circumstances,” a janitor on May 22, 1918, had been in the study checking for any trash and never made it out of the room – and was never found. Participants will have 45 minutes to work together to solve the clues of the missing janitor and also escape from the room. While this scenario may seem easy, expect some “chilling” effects.

A maximum of eight people can participate in each time slot, noted Eberli, and space is still available in all timeframes.

“I would suggest arriving 10 minutes early because we want to start on time,” said Eberli. “Also, we will ask the participants to come up with a group name in the time they are waiting to start.”

Participants are asked to head upstairs to the Teen Loft where they will be checked in before their escape room experience begins.

Eberli and her team of “Escape Room Planners” will be monitoring each session and will be in the room in the event participants need assistance.

“I hope that no one gets too scared, but if they do we will, of course, let them out,” said Eberli.

This is the third escape room that has been offered at the Athenaeum and the first that is also open to adults because of requests.

“This is a great free event for residents that is different from other events in Westfield,” said Eberli. “Escape rooms are one of the most popular forms of entertainment.”

Eberli noted that escape rooms also provide “unique challenges” for participants and forces them to think outside the box.

“Escape rooms also provide an element of team building,” said Eberli. “A group of strangers or even friends will learn to work together if they want to escape. Plus, you will be supporting the library and the Westfield teens who took time out of their summer to create something for the city.”

Eberli said she “definitely” will continue to host escape rooms at the Athenaeum.

“I know the Escape Room Planners would love to do more too,” she said.